LOCAL BUSINESSES WORK TOGETHER TO CREATE A MIRACLE

On a picturesque lane in the upscale Windmill Harbour community on Hilton Head Island, the HGTV 2020 Dream Home has a story almost as remarkable as its sweeping vista.

The Lowcountry’s romance with the cable channel started with a few phone calls and included a brush with Hurricane Dorian in early September before concluding with accolades for “perhaps the best Dream Home yet.”

Chris Dalzell, president of Bluffton’s Shoreline Construction, took the first phone call last January: An HGTV executive said the network was looking to build its upcoming Dream Home in the Savannah or Hilton Head Island area and wondered if Dalzell would be interested in partnering with the network again — Shoreline had worked with HGTV on its 2018 Smart Home in Palmetto Bluff.

“I don’t build in Savannah,” Dalzell told the executive, but said he would love to collaborate on Hilton Head Island. And, as it turns out, Hilton Head was at the top of HGTV’s list, according to Karen Kiley, vice president of home promotions for Discovery, Inc., HGTV’s parent company for HGTV and one of the world’s largest providers of video entertainment on television and through streaming services. 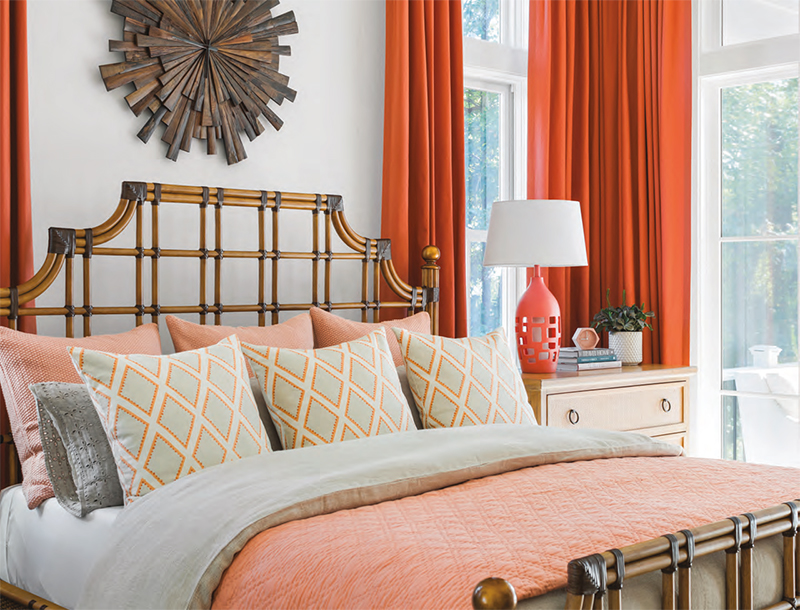 HGTV had some specific ideas that we needed to incorporate into the design for a home that would reflect new trends in homebuilding while infusing traditional concepts.

Dalzell’s next phone call was to Johnny Ussery, a local Realtor of nearly 40 years and a partner at Charter One Realty. “Time was of the essence,” Dalzell said, “and Johnny knows where all the best available properties are in this area.” HGTV had two requirements for Ussery: The home needed to have a water or marsh view, and the lot needed to have minimal elevation issues. Ussery presented three options, and the Windmill Harbour site won out thanks to its panoramic vista and Lowcountry coastal ambience. As the lot selection was being finalized, Dalzell phoned architect William Court, a principal with the Court Atkins Group design firm in Bluffton, explaining the assignment and the need for expediency. “Of course, we were thrilled to get the call from Chris, but it was obviously going to be a challenge,” Court said. “We rarely get a project without a specific homeowner client and the timeline was so short. HGTV had some specific ideas that we needed to incorporate into the design for a home that would reflect new trends in homebuilding while infusing traditional concepts. Needless to say, we also had to be mindful of Windmill Harbour’s architectural review board.” 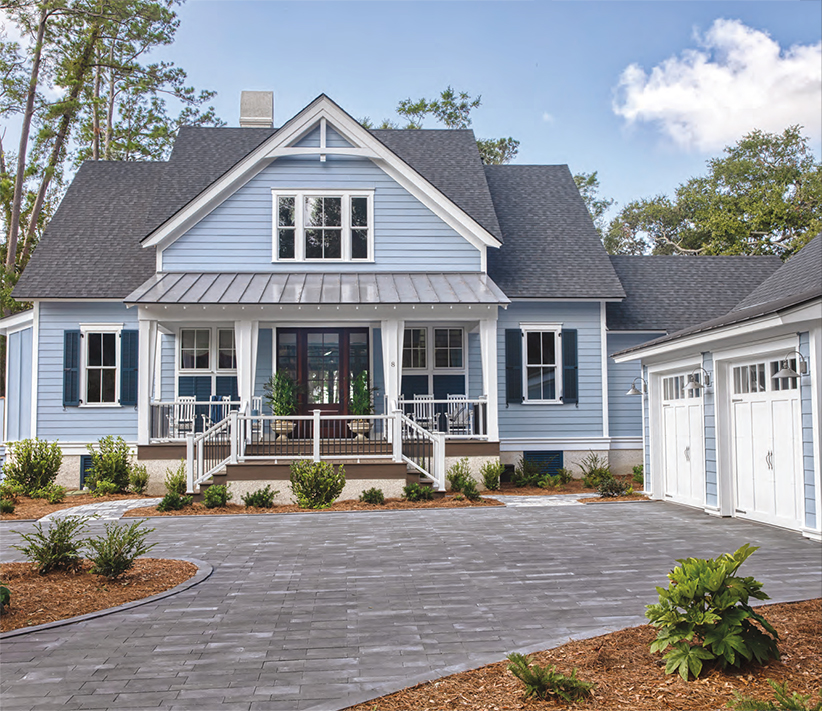 By this time, it was late April. The 3,500 square-foot HGTV Dream House had to be finished by October — just six months away.

“It was a really big undertaking,” Dalzell said. “Generally, we will build a custom home in 10 to 14 months. Now we had less than half that time and the finished product would be seen by millions. The saving grace was that everyone working on the project was a true professional.”

Every step of construction had to be coordinated with HGTV’s film crew, which was traveling back and forth from the Washington, D.C., area weekly to film. Josh Thomas, Shoreline’s on-site superintendent, could only shake his head as he remembered the original planning. 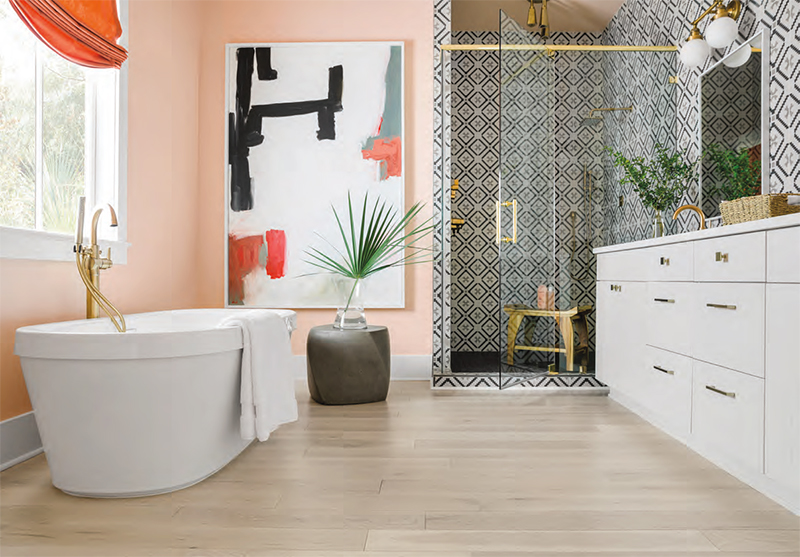 “It wasn’t just building a home quickly,” he said. “It was also … collaboration with a video team that needed to capture [footage] of almost every aspect of the building process.”

It took careful planning to pull off.

“Each Thursday, we would have a conference call with HGTV people, including at least one of the main talent — designer Brian Patrick Flynn and host Tamara Day — to discuss this week’s work,” Thomas said. “All of our schedules needed to be synchronized.”

The job site often became extremely hectic: “Sometimes we had three, four or even more subcontractor teams working on a given day,” Thomas said, “including electrical and plumbing, HVAC, carpenters and landscapers. Normal practice is to have no more than one or two.” 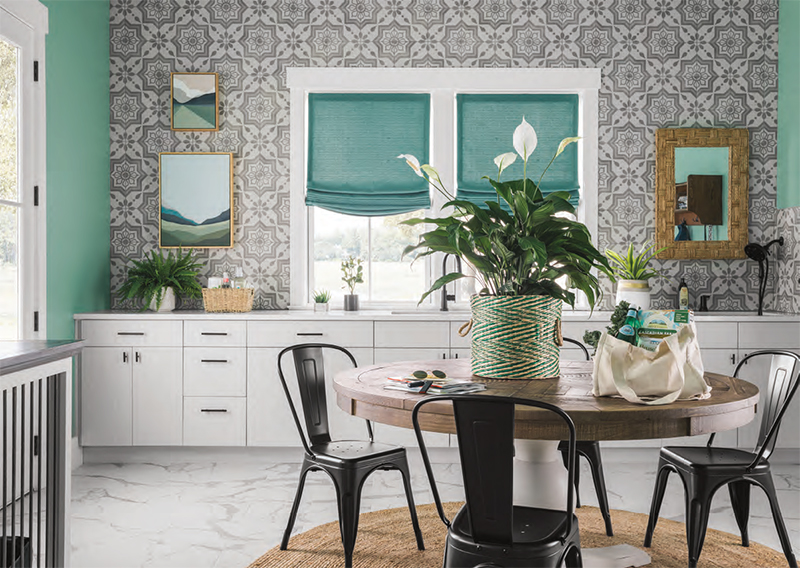 But both Dalzell and HGTV’s Kiley give high marks to Thomas for his ability to keep things moving forward smoothly.

While HGTV doesn’t directly release the potential listing price of the home, it is valued between $1.75 million and $2 million, according to HGTV promotional rules.

Quality control was of highest importance for a home that would be viewed by millions. This responsibility fell to Dalzell, who visited the site regularly, but especially on weekends to carefully inspect work that was done that week and to anticipate any potential issues in the upcoming week.

“My eyes were always on the timeline, and how to get tasks completed more expeditiously without sacrificing quality,” said Dalzell, whose background is in construction management. 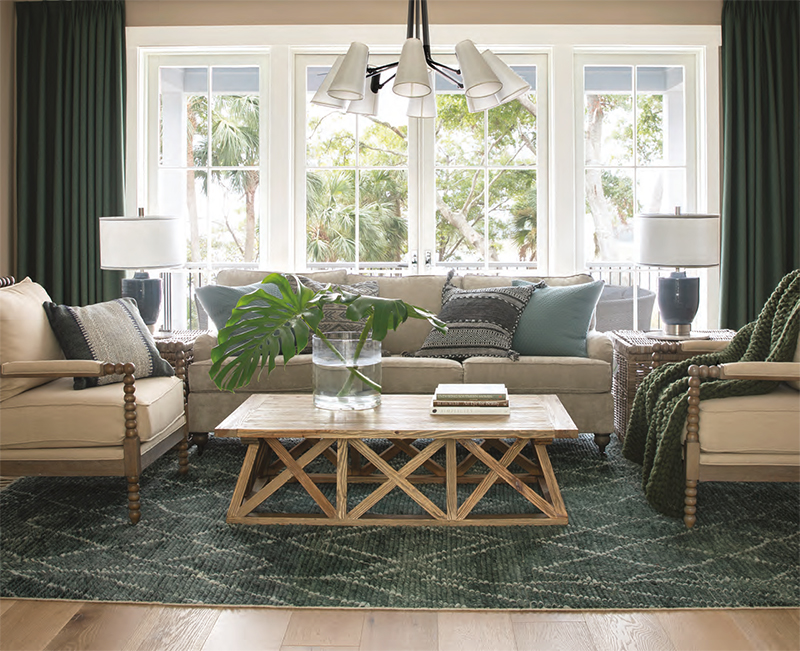 By September, it was looking like the Dream Home was going to come together like a, well, dream: The house was in its final week of construction and furnishings were beginning to arrive on site. But then Hurricane Dorian appeared on the radar and headed toward the Carolina coast.

“It was a really scary week for us,” Kiley said. “All of our corporate executives were glued to the forecasts. We were receiving updates several times each day as Dorian approached. When it was imminent that there was going to be an evacuation, we even took down our time-lapse cameras, which had been monitoring the build from day one and loaded them on a truck.”

Fortunately, Dorian passed Hilton Head without doing too much damage and, with only a week’s delay, work on the Dream Home was quickly wrapped up. Only the final touches and tweaks remained for final filming and its introduction to local media on Dec. 5.

The three-bedroom, three-and-a-half bath, two-story home is rendered in a sapphire-tone blue and restful green, with nostalgic neutrals and pops of coal and blush pink. It boasts a gourmet kitchen; a spacious, open-air great room; and an expansive laundry and mudroom adjacent to the double-size garage; plus a large multi-purposed entertaining space upstairs. 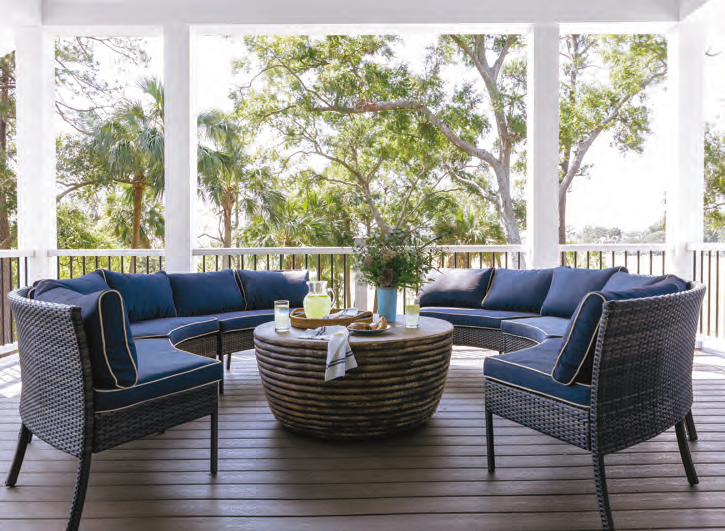 The front door opens onto a two-story foyer, which offers views of the great room, kitchen and dining area as part of the open floor plan. A luxurious master suite with walk-in closet and bath are to the left of the great room on the main level, and upstairs there are two distinctive, Caribbean-style bedrooms, as well as an entertainment space and an expansive covered porch.

But the beauty isn’t limited to the indoors: The home looks out over incredible marsh views, and a screened porch with retractable infinity screens stretches the width of the home so you can make the most of them. The backyard includes a rectangular black-bottom pool, along with an outdoor kitchen and lounging area. 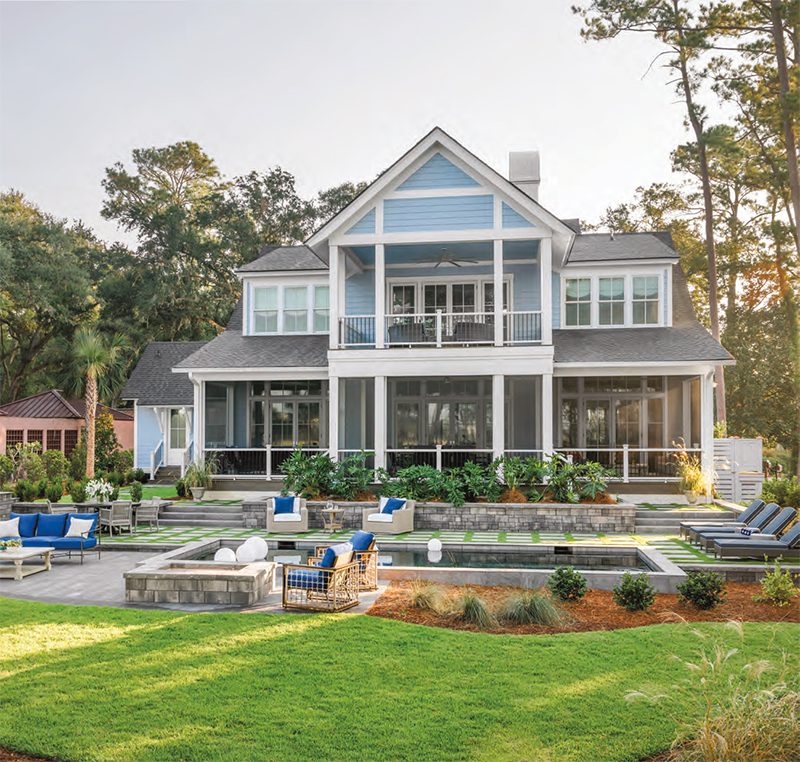 Read more about the home in the HGTV 2020 Dream Home in Windmill Harbour at HGTV.com/HGTVDreamHome. “The Dream Home Special 2020” will air on HGTV at 8 p.m. Jan. 1, featuring host Tamara Day and interior designer Brian Patrick Flynn.

The sweepstakes to win the home — as well as a 2019 Honda Passport Elite, all the furnishings in the home and $250,000 — started Dec. 30 and entries will be accepted until 5 p.m. Feb. 19. Those who meet the eligibility requirements can enter twice a day on HGTV.com.