Since childhood, U.S. Army Staff Sgt. Clark “Jey” Johnson dreamed of joining the U.S. Army. Before the beginning of his senior year in high school, Johnson drive miles away to find a recruiting station near his home in Independence, Iowa. He headed to boot camp in July 1996, after graduation, and the reported for duty in Schweinfurt, Germany. 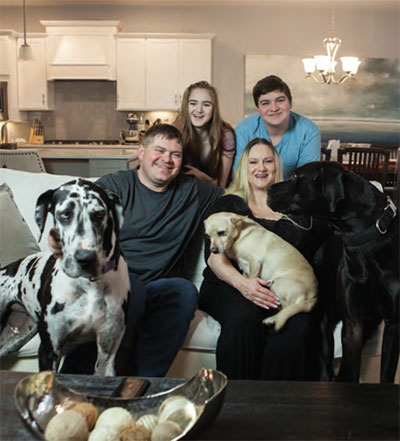 Johnson served 16 years on active duty, completing four deployment tours. He suffered injuries by IEDs on two separate missions and underwent numerous surgeries before he retired in 2012 with 14 awards and medals, including the Iraqi Campaign Medal, the NATO Service Ribbon, the Combat Action Badge, the Army Service Ribbon and the Purple Heart.

Fast forward to Nov. 17, 2017, when Johnson and his family moved to Colorado to Bluffton, where they were greeted by a cheering crowd of hundreds during a special ceremony held by PulteGroup to welcome them into the Built To Honor 50th Home. PulteGroup’s Carter Faucette, team leader for the Built To Honor project, served as the emcee and Charlie Tipton, president of PulteGroup’s Coastal Carolina Division, welcomed the family and entourage of dogs to their new home in Bluffton. 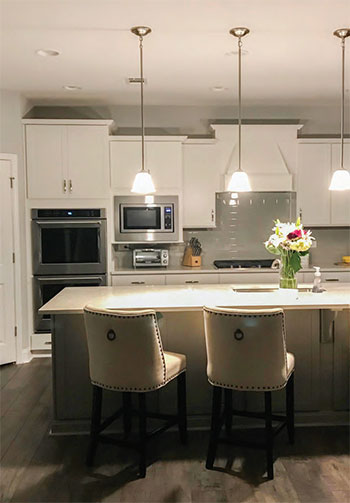 As part of the company’s mission to give back to veterans, Faucette assembled a team of Pulte employees from Myrtle Beach, Charleston and Hilton Head to create the perfect home. The group met weekly via Skype to discuss everything from the home site to the floorplan and modifications, to the surprise announcement to the family and fundraising efforts. There were over 70 trade partners and sponsors involved in the project.

“This team was an amazing group of individuals. They were so inspiring and talented and had a huge heart for making this home one that was special and meaningful for the Johnsons,” Faucette said.

And the project wasn’t just meaningful for the Johnsons. Faucette said she became emotional at the ceremony: “Telling a deserving family that they are going to receive a new home, mortgage-free, is not something that was on my bucket list, but it was an absolute blessing to be part of something so meaningful. Then to get to know the Johnsons and seeing how genuinely grateful and selfless they were as people, and what a close, loving family they are — that was the icing on the cake. From a professional standpoint, leading the BTH team and project was the absolute career highlight of a lifetime.” 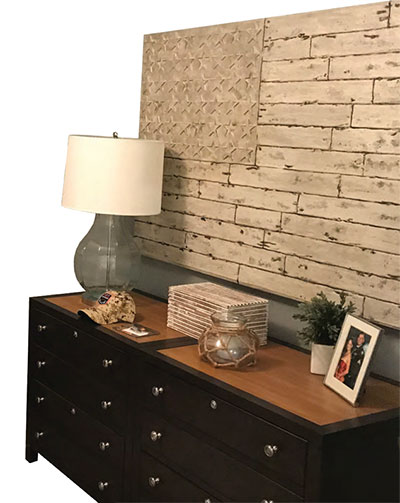 Johnson and his wife, Shana, have raised a close-knit family that includes four children, two grandchildren and five dogs. The couple’s youngest daughter and son, Karragyne and Jace, are now attending Bluffton High School. The couple’s eldest son, JD, and his family are in Colorado and plan to relocate to Bluffton in the near future.

The Johnsons made the trip to Bluffton from Colorado earlier in the year to see the house when the studs were still exposed and to get the lay of the land.

“We went to Harbour Town and we saw dolphins swimming there. My mother-in-law shouted, ‘Look, a shark,’ but I said, ‘No it's a dolphin,’” Shana Johnson said. “We could see three of them coming out of the water.”

After several months, the family has settled into their new home, becoming regulars at Lowcountry favorites like Okatie Ale House and Cahill’s Market. They’ve also been busy exploring nearby destinations.

“We've been to Beaufort and Savannah and plan to go to Charleston within the next few weeks," Shana Johnson said.

PulteGroup’s next Built To Honor home — offered to veterans mortage-free — will be constructed this year in Myrtle Beach. The next one planned for the Bluffton area will be built in 2020.