EDITOR’S NOTE: As part of Monthly’s yearlong 30th anniversary celebration, we are highlighting 30 years of different industries in each issue. This month, we feature the homebuilding industry and how it helped shape Hilton Head Island, Bluffton and the surrounding Lowcountry. 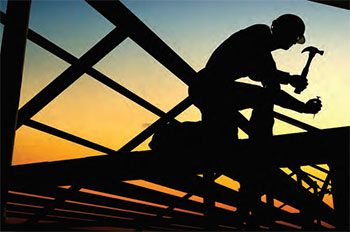 So why did so many people come to what was a remote, mosquito-laden barrier island to live? And how did the homebuilding industry develop over the years to create this amazing place we call home?

The story actually goes back to 1949, when a group of lumber barons bought about 20,000 acres on the south end of the island for $60 an acre to harvest timber. One of those people was Gen. Joseph B. Fraser, father of Charles Fraser.

Charles Fraser saw the amazing opportunities on Hilton Head and came up with a concept to develop the area while protecting the island’s natural beauty. In 1956, he bought his dad’s interest in the land — about 5,000 acres — and Sea Pines was born.

TRICKS OF THE TRADE 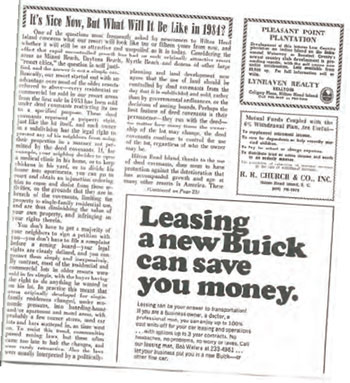 Fraser believed that his concept of marrying the environment with development could only work if the developer controlled every aspect of planning, from street locations to the design of individual houses, according to exploreseapines.com. In order to make sure there were very strong rules — such as a master plan and strict covenants related to construction of homes — Fraser founded the Sea Pines Company in 1956.

The goal was all about housing blending into nature.

“The colors (of homes) were to add their contribution by being like the soft tones of the faded silver from the trunks of the old palmettos and the hues of tan from the pine needle floor and bark of the forest trees surrounding them. Earth tones were added, and the palette was established and has since been maintained,” according to www.exploreseapines.com. 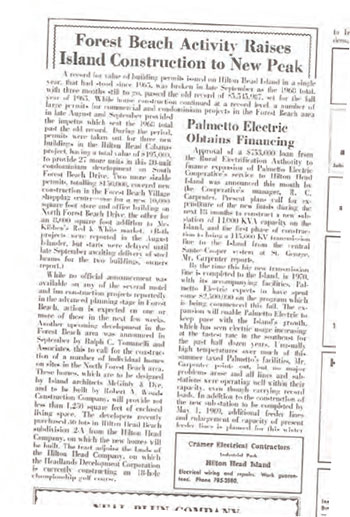 Other developments followed in the ’60s, and had — and have — strict covenants related to the design of houses to make them blend in with the natural surroundings. For instance, in 1961, the McIntosh family subdivided 360 acres of The Hilton Head Company to start Spanish Wells, according to www.hiltonheadislandsc.gov. In 1962, Port Royal Plantation was developed by The Hilton Head Company, led by Fred Hack. The Palmetto Dunes area was acquired from the Hilton Head Agricultural Company by Palmetto Dunes Corporation in 1967 for $1,000 an acre. 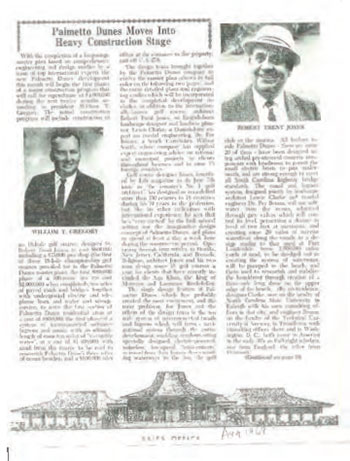 By 1969, there were 868 houses and 421 apartments/condominiums constructed on Hilton Head. The headline on a September 1969 story in The Islander about the development on Hilton Head was understated when it said, “Folks, you ain’t seen nothing yet.”

In the 1970s, Shipyard Plantation and Hilton Head Plantation were being developed, and in the ’80s, Long Cove and Wexford were underway, all with covenants to blend into the environment. 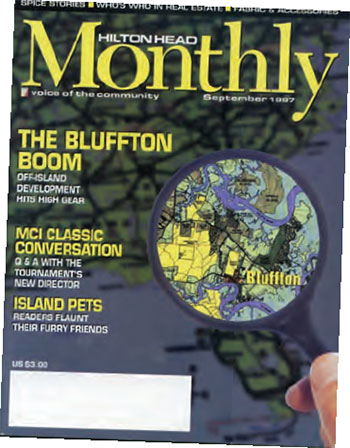 “The concept of developing an area with nature, as opposed to injecting development on nature, on the natural environment, I think that is the premier benefit that Charles brought not only to Hilton Head, but also to the country,” former Mayor Tom Peeples said in documents provided by the Heritage Library on Hilton Head.

Sales of homes were booming and builders were busy on the island. Then the bottom fell out of the homebuilding industry on Hilton Head.

The local homebuilding industry took a hit in the early ’70s. First came the recession of 1972-74, when construction on the island came to a screeching halt and various gated communities were losing money.  Fortunately, the dark clouds didn’t last forever.

The newly incorporated Town of Hilton Head adopted a land management ordinance in the mid-’80s that governed almost every aspect of building on the island.

And thankfully, the town’s land management ordinance was strictly enforced. 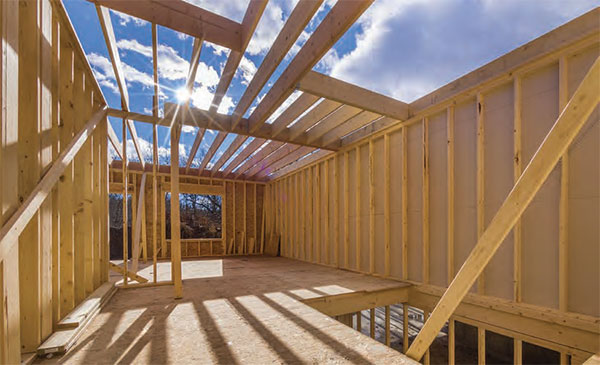 “The town held fast to the principles Charles Fraser envisioned ‘to create something beautiful’ by requiring that new development exhibit a harmonious relationship with the natural environment,” according to “A Short History of Hilton Head Island.”

THE BEST OF TIMES 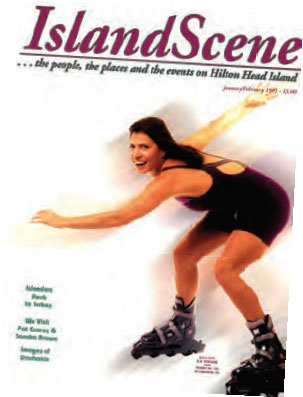 The Lowcountry was at its zenith in the late ’90s and the early part of the new century and new construction was booming, particularly in the Bluffton area with the development of Sun City and multiple annexations.

Todd Hawk of H2 Builders, a longtime homebuilder in the Lowcountry (his company was one of the early builders in Indigo Run), originally intended to go to medical school, but after doing flooring work on a variety of houses he saw an opportunity to become a builder.

“When I was installing flooring, I saw a need for detail in homes like interior detailing and finishing,” he said. “I was all about quality because I saw what was being built and there was a need for true quality. We set ourselves apart and it took off from there.”

Other custom homebuilders jumped into the game, too.

Things got rocky in 2008 when the Great Recession hit. Home prices dropped dramatically and new construction was halted.

However, some builders saw the recession as an opportunity.

“We were always prepared for a rainy day, but no one knew the economy was going to fall off the cliff,” said Hawk.

He, like a few other builders, stuck to high-end custom homes.

“We called it a phase of Wall Street mad money,” he said. “Homes had lost so much net worth and we played on that. We managed to hang on by keeping our subcontractors paid and being innovative. We tailored our homes to client expectations.”

“It was not good what we went through during the recession, but we never once slowed down.  I stayed very busy because my goal is about relationships, my overhead was low and we stayed with the high-end, custom home building.”

As homebuilding picks up, particularly on Spring and Callawassie islands and in Palmetto Bluff, among other spots in Bluffton, there is some construction happening on Hilton Head Island.

Also, “buyers are getting houses in Sea Pines, then tearing them down and rebuilding. They’re buying homes for the land,” Cameron said. “We’re almost coming full circle.”

Other things that have changed are the architectural styles and the notion of membership fees.

According to Cameron, he’s seeing many people who want to build traditional or farmhouse-style homes rather than the Lowcountry style of most homes in the area.

“There’s so much potential here for growth in the future,” he said. “For me, it’s the perfect place to pick on a map.”

Ken Crast, owner of Crast Custom Homes, also appreciates the new building trends in the Lowcountry. Some of it reminds the 58-year-old upstate New York native of his work back home.

“I like doing custom houses, stuff that is different,” Crast said. “Basically, this is all I’ve ever done … I enjoy what I’m doing.”

Building homes on Hilton Head Island has always been a challenge because of stringent codes due to hurricane threats.

“I have seen the base flood elevations for a home on Hilton Head go from 12 feet above sea level to 13 feet, then 14 feet and now FEMA is considering 15 feet,” said homebuilder Randy Jeffcoat.

One way to beat the rising elevations is to build a home on the mainland, and many continue to do so. Bluffton has one of the fastest-growing home markets in the southeast.

“Bluffton has really taken off since 2013,” Jeffcoat said. “There are many communities to choose from here. The have the starter homes all the way up to the very high-end homes in beautiful gated communities.  There is a market for every buyer and a market for every builder here. I remember back in the late ’80s a lot of us builders thought the Hilton Head Island building boom might last for 15 to 20 years and then be built out.  But now with the booming Bluffton area and the upcoming Jasper Port Expansion, the Hilton Head/Bluffton market will remain one of the fastest-growing areas in the South.”

To help celebrate our 30th anniversary, we asked notable companies to tell us how long they've been serving the Lowcountry.

N-Hance is an innovative, affordable cabinet and floor renewal service that renews your wood cabinets and floors without the dust, inconvenience and noxious fumes associated with traditional refinishing methods.

Randy Jeffcoat Builders has been building custom homes in the Lowcountry since 1980. In the beginning, Randy and Brenda handled all phases of the company, but it has now grown to 13 employees. The company has “built our business on honesty, integrity and trust. Each client is important to us and we make every effort to build each home as if it were our own.”

Distinctive Granite & Marble is the largest supplier, fabricator and installer of granite, marble and stone in the Lowcountry, serving both residential and commercial customers from offices on Hilton Head Island, Beaufort, Hardeeville and Savannah (Pooler).

American Wood Reface specializes in a premium solid wood refacing system — a great alternative to the mess, high cost, and prolonged disruption of tearing out and replacing cabinets.

4M Metals is a supplier and fabricator of metal roofing components for the Lowcountry, Beaufort, Savannah and surrounding areas. Using the metal industry's most up-to-date technology, its technicians can provide the highest level of service and complete a flawless execution of products for clients.

Southern Coastal Homes is a quality, custom homebuilder with more than 40 years of combined homebuilding experience. It specializes in creating homes as unique and inviting as the Lowcountry itself.

Wright Home Services is a home-improvement company dedicated to the highest quality workmanship at reasonable price. You deal directly with the owners, who personally manage the company’s staff of expert in-house craftsmen from start to finish. “What sets us apart from the competition is our commitment to personalized and professional customer service.”