Weichert Realtors has welcomed new agents. David and Amanda Rutherford will work out of the Sun City office. They both have decorated military and federal service careers spanning more than two decades. David holds a masters of business administration in hospitality management from Johnson and Wales University and is pursuing a master’s degree in finance.  Amanda earned her bachelor’s degree in intelligence studies from American Military University and is working toward a second degree in accounting from the University of South Carolina Beaufort. 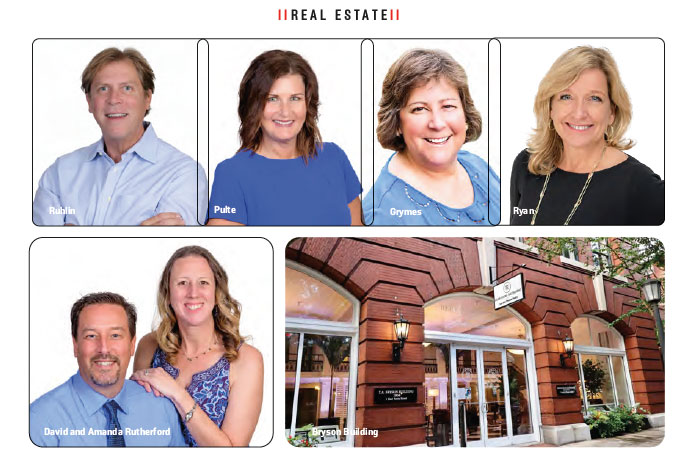 Eric Ruhlin will work out of the Hilton Head office. Ruhlin has been a part of the Hilton Head Island community for more than 40 years. He and his Kelly (Weichert agent) moved here 28 years ago. Eric brings more than 20 years of experience as a trusted licensed S.C. general contractor working with investors, sellers and buyers, multi-homeowners and first-time homeowners.  Eric has built homes in five Hilton Head communities and has designed and installed new kitchens and bathrooms in hundreds of new and older homes on Hilton Head and in Bluffton.

Rhonda Pulte received her undergraduate degree in marketing from Ball State University and hergraduate degree in system engineering from Illinois Institute of Technology. Pulte worked for many years in finance and IT.  After moving to Savannah, Ga., she decided to make a change to follow her passion for real estate. She will work out of the Savannah office.

“The training I’ve received through the CRS Designation courses has given me complimentary knowledge that will help me continue to provide exceptional service to our clients and guidance to our agents,” she said.

South Carolina Realtors said there was a 15.4 percent increase in one-year closed sales during September. Hilton Head (+65%), Beaufort (+49%) and Charleston (+49%) lead the state in sales. Homes were selling fast, with an average of 72 days on the market — an almost 8% decrease compared to this time last year, S.C. Realtors said.

The Hilton Head-Bluffton metro area in 2019 saw 18.3% of building permits issued were for housing units in structures with five or more units, according to data from Porch.com. The study found that in the metro area, 17.9% of existing housing units were in high-density structures.