Shawn Galipeau has lived in the Lowcountry since 2004 and has been a licensed Realtor for two years. Prior to relocating to Bluffton, he was a Realtor in New England for five years. Galipeau specializes in relocation and commercial properties.

Joe Homa has been a Realtor for 12 years and a luxury homebuilder on Hilton Head Island. Homa began his real estate activities after a career in corporate management. He is a West Point graduate and served in the U.S. Army.

Greg John has been a Bluffton resident for more than 20 years and has been a Realtor since 2005. He owned and operated a pest control company for more than 17 years, as well as managed residential construction projects and investment properties.

Nonna Klinect has more than 15 years of sales and marketing experience in investment banking and the health care industry. Klinect lives on Hilton Head and has bought and sold homes in various markets across the country.

Manny Lopez is a graduate of Univeristy of South Carolina Beaufort, where he earned a degree in business psychology. A Bluffton native, he is fluent Spanish and has been a Realtor for 18 months.

Village Park Homes broke ground on the fifth annual St. Jude’s Dream Home Giveaway in November. As the builder, Village Park Homes will construct and donate a house in Richmond Hill valued at an estimated $400,000. The money raised during this giveaway will go directly to St. Jude Children’s Research Hospital to help fund life-saving treatments. Tickets are $100 and will be available starting in April. For more information, go to dreamhome.org.

RE/MAX Island Realty has added Maureen Houston, Jackie Jedrzejek and Keri Anderson to the sales team. Houston is originally from Long Island and moved to Hilton Head island in 1990. Previously, she has worked for Island Realty, a vacation management company and as a licensed real estate assistant for a top producer on Hilton Head. Jedrzejek is originally from New Jersey and has an undergraduate degree from Ithaca College and a master’s degree from Marshall University. She has been a full-time Realtor for over a decade, serving as broker, marketing director and vice president of the residential division of a boutique company in the Charlotte area. Anderson has been a resident of Hilton Head for the past 23 years, previously working in the optical field and now pursuing her passion as a real estate agent. 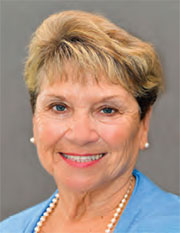 Donna Wilder has joined the team of professional real estate agents at Century21 Diamond Realty. She has 27 years of real estate experience in Maryland, Ohio and South Carolina. She specializes in marketing homes in the Bluffton and Hilton Head Island and acting as a buyer’s agent.

Weichert Realtors-Coastal Properties recently welcomed Tatiana Kovalenko Walsh to its sales team. Walsh is originally from Ukraine, where she was an elementary school teacher. She is fluent in English, Ukrainian and Russian. She is a member of the Hilton Head Area Association of Realtors and will work out of the agency’s Sun City Hilton Head office.