THE GREENERY TEAM TAKES PRIDE IN LANDSCAPING THROUGHOUT THE LOWCOUNTRY

Planting trees, mowing grass and sculpting the grounds of homes, businesses and resorts does not fully describe the work of The Greenery, Hilton Head’s largest and most prolific landscaping company.

What the company’s legion of employees really does — from dawn to dusk — is put out a colorful welcome mat for road-weary vacationers and seasonal residents eager for downtime in the Lowcountry.

When chief executive Lee Edwards talks about the company’s role, he imagines a family from Ohio, worn from a long day in a cramped car, feeling revived and relieved when they roll into the lush landscapes of Hilton Head.

“We want them to be happy,” he says. “We are part of the vacation experience.” 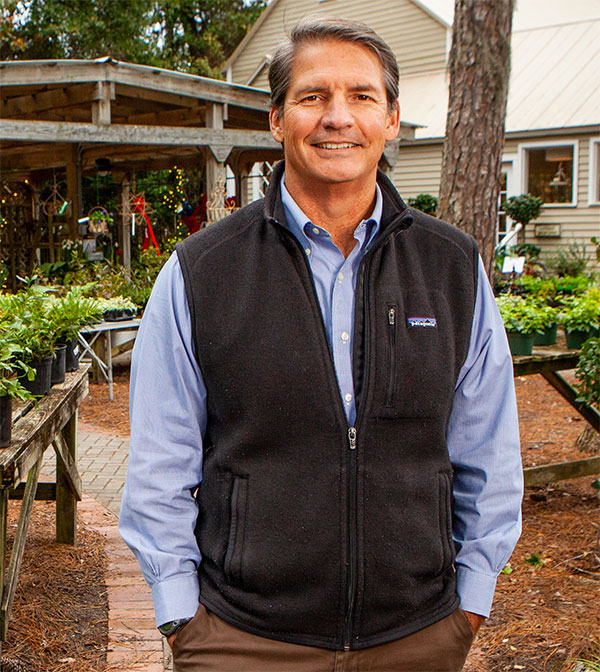 The Greenery’s handiwork is evident throughout the Lowcountry including Sea Pines, Palmetto Bluff, Sun City, Shipyard and Palmetto Dunes. For more than two decades, The Greenery has handled landscape work for the annual Heritage golf tournament at Harbour Town Golf Links. In Hilton Head, Beaufort and Bluffton, The Greenery has contributed labor, leadership and materials to enhance public projects.

It’s a big business, to be sure. To Edwards, it’s also personal. The company was created nearly a half-century ago by his parents. He grew up in Sea Pines, married a Hilton Head native and is raising three daughters.

“I love having my family here,” he said. “You have a small-town feel while enjoying the amenities of something larger.”

Family, tradition and a commitment to community well-being are essential to The Greenery’s’ corporate culture. Inside the company’s offices on Arrow Road, strategically placed signs declare a double-barreled message:

Our mission: To be the best landscape company in the markets that we serve.

“This is a great community,” said Jim van Dijk, the company’s Regional Manager for Hilton Head. “We want to make our clients happy when they look across their driveway.” 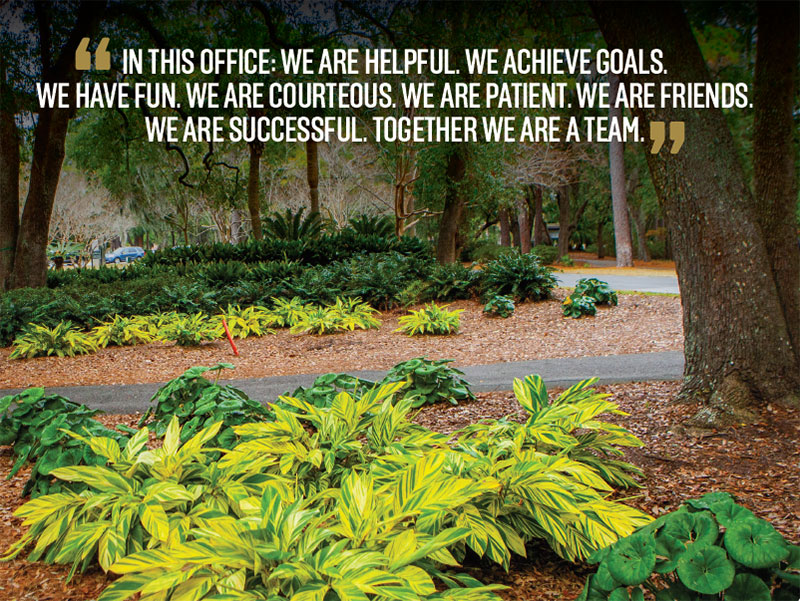 Van Dijk, who joined The Greenery as a college intern 22 years ago, said the company nurtures a training and development environment that “challenges and supports” employees who “’want to do something bigger and better.”

That approach has helped The Greenery grow from a company with six employees at its founding in 1973 to a multi-state powerhouse with branches extending from South Carolina’s Upstate to central and northern Florida. The company is Charleston’s largest landscaper and – in the past year – has bucked an uncertain economy to extend operations serving Daytona, Orlando and Jacksonville.

Growing the business, Edwards said, depends on attracting, retaining and collaborating with a team of motivated employees. A key ingredient for The Greenery has been its employee stock ownership plan, established in 2003 and fully implemented in 2007.

An ESOP enables employees to acquire a financial share of the business. More than 6,000 ESOP plans are up and running, according to the California-based National Center for Employee Ownership. 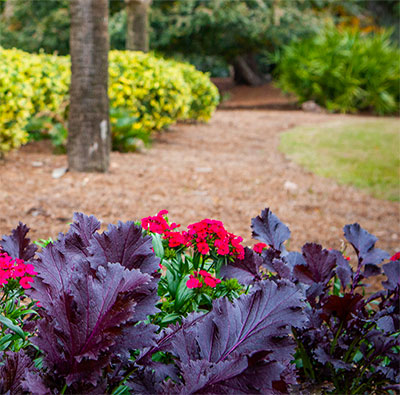 Edwards said the ESOP strengthens recruiting and retention while building a shared sense of purpose among team members.

The Greenery fully implemented its ESOP 13 years ago and “we are maturing as an employee-owned company,” Edwards said, emphasizing that participative ownership encourages employees to have a financial stake and an emotional investment in the company.

Jerry Ashmore, The Greenery’s director of Workforce Development and Safety, said employee ownership is a valuable selling point when he recruits talent from Colorado to Clemson to Puerto Rico.

Moreover, he said the ESOP inspires employees to be “good to their equipment and good to each other” because they are part owners.

“They don’t waste bales of straw, they don’t let vehicles idle, they look out for one another,” said Ashmore, a 20-year veteran of The Greenery. “If you own something, you take better care of it.” 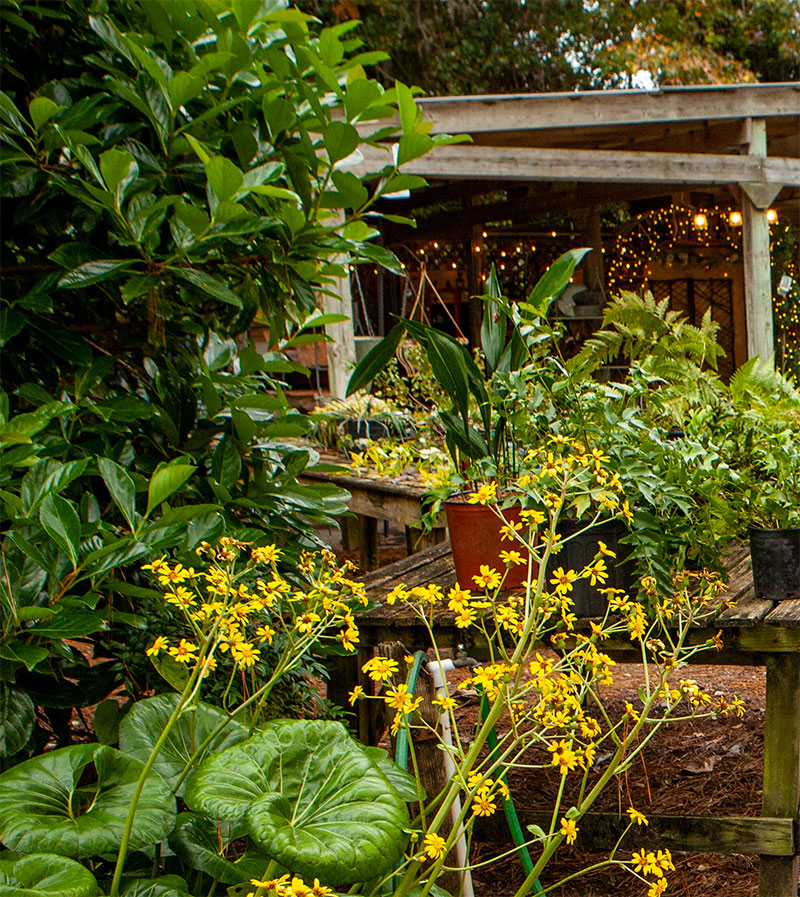 Another sign in the company’s offices affirms that message:

In this office: We are helpful. We achieve goals. We have fun. We are courteous. We are patient. We are friends. We are successful. Together we are a team.