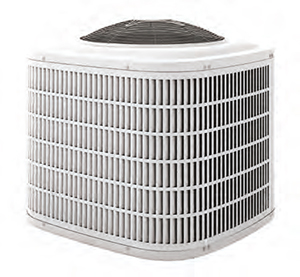 • The first items that people used to keep cool were hand fans. Electric fans replaced them in the U.S. in the early 1900s.

• Willis Carrier invented the modern air conditioner in 1902, to protect paper and ink in a publishing company. The term air conditioning was coined in 1906 by textile mill engineer Stuart Cramer.

• Most people experienced artificially cooled air for the first time in movie theaters. In fact, “Refrigerated Air” was highlighted in theater advertisements in hopes of enticing those seeking solace from the heat.

• Summer vacation was instituted so students could help bring in the crops on the their families’ farms and because school buildings were so hot and uncomfortable.

• Schools weren’t the only institutions that shut down during the summer – government offices did too. Some historians credit air-conditioning for the growth of federal bureaucracy, as longer sessions for lawmakers were made possible.

• Air conditioning led to population growth and development for some parts of the U.S. The nation’s booming economies were mostly in the Northeast until air conditioning made places like Arizona, Nevada, Florida and Texas appealing.

How well do you know your HVAC system?

Being cool and comfortable makes for a great summer. As the summer season heats up, having a well-functioning HVAC system can save you hundreds of dollars in energy costs. How well do you know your system? Try this quiz.

1) Why is it important to have the proper size air conditioner for your home?

A) It is near the end of its average life expectancy
B) The unit always keeps your home at a comfortable temperature
C) The repair cost is more than half the price of a new system
D) Your energy bill keeps increasing, but your rate remains the same

4) Homeowners nationwide spend how much each a year in cooling bills?

5) Which is an energy tip to save costs?

A) Program the thermostat
B) Seal your home from drafts
C) In the summer, use blinds and shades to keep direct sunlight and extra heat out of your home
D) All of the above

6) How much money on average can a new programmable thermostat save you on heating and cooling bills?