Dutch painter Hieronymus Bosch created his “The Garden of Earthly Delights” in oil on a triptych oak panel. Homeowners Mark and Renee Woodruff put theirs in their Windmill Harbour backyard, and its bright colors and imaginative design were on full display during the annual All Saints Garden Tour, held in May.

The couple’s “Restore and Renew” garden is aptly named — no thanks to hurricanes Matthew and Irma, which transformed their outdoor oasis from mostly shade to nearly full sun. Matthew destroyed two large 200-year-old live oaks, as well as seven other trees, while Irma shoved the massive marsh behind their home into their garden, burying it under 2 feet of salt water.

The hundreds who visited the garden during the All Saints tour wouldn’t have even guessed at the damage, however. At least 300 flowers and plants are in full bloom in the Woodruff’s garden, and there’s something offering a little bit of color along the meandering stone walkway every day of the year. 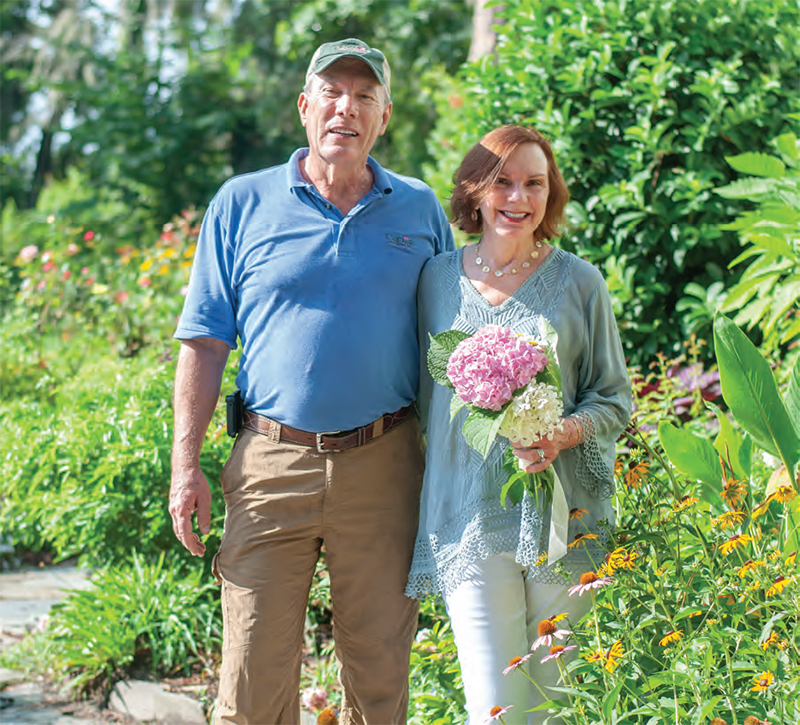 “We feel the beauty of nature,” said Mark, an Ohio native. “It’s not just the flowers; it’s what the flowers draw — bees and hummingbirds.”

Even though April to mid-May is the garden’s prime time to shine, August’s display doesn’t shrivel in the summer heat: agapanthus, or African lily, with its showy blues, purples, whites and pinks; day lilies with their red, pink, peach, coral, lavender, cream, yellow, gold and orange hues; the enormous tropical-looking canna lilies that anchor a corner of the Woodruff’s garden with beautiful red blooms; Michigan wildflowers grown from seeds; and sebaceous succulents. 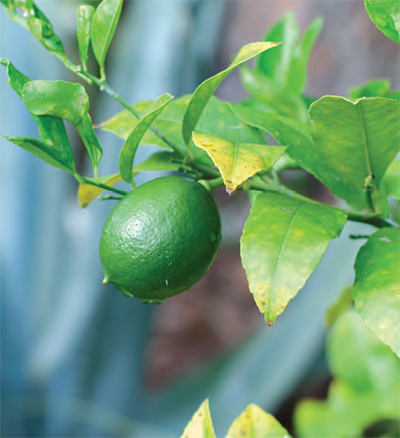 Mark’s other favorites include perennials like zinnias, camellias, hydrangeas and echinaceas — also called coneflowers because of their showy heads of composite flowers.

As part of the backyard restoration effort, Mark also planted a tulip poplar tree that will get to be “100 feet tall in 30 years.” He and his wife tend the garden every day, checking on the plants’ health, soil conditions and blooming status. The garden, they say, is a constant work in progress.

“At this point, we’re seeking a lot of perennials that you don’t see very often,” Mark said.

In the beginning of his gardening journey, “the plan was to have a few foliage plants for color, but if it didn’t bloom, we didn’t want to plant it,” he said. “We wanted color all year, a garden home, and we kind of set the inside up to match the outside in paint colors and artwork.”

The garden has been in the making ever since the couple purchased their home in 2004. At the time, the property was a wasteland of nature and a malignant eyesore. 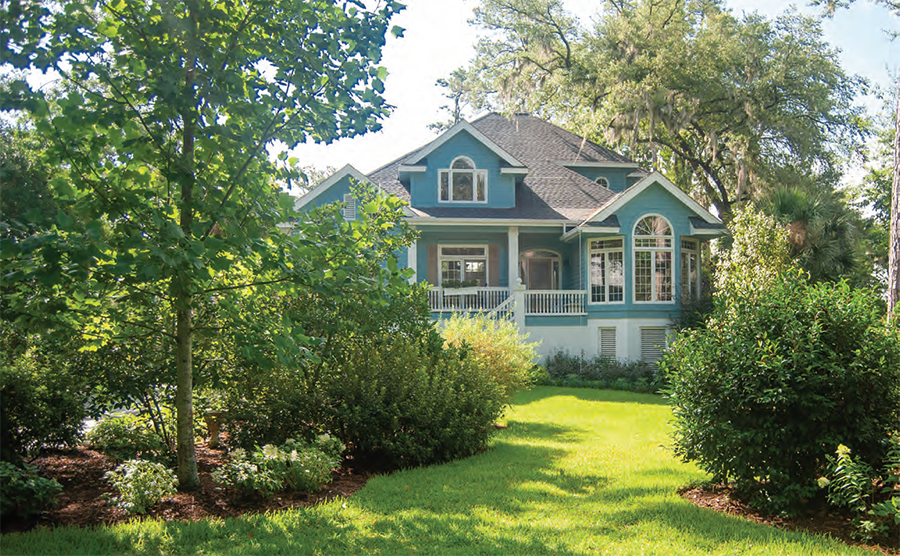 “When I moved in, the yard was pine straw, oak trees and a few azaleas,” Mark said. “It was never landscaped. We liked the house, the lagoon, and we thought, ‘We’ll just landscape it.’”

“It was a hodgepodge; we just let it develop,” said Mark, who retired to the island after a corporate career. “We just wanted something beautiful and lush. I just put it together as I envisioned it. 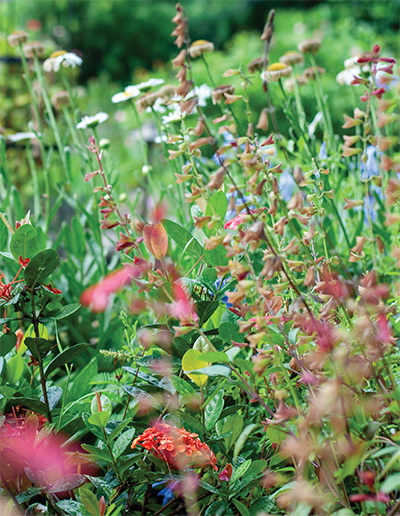 As a naturalist, nature lover and former businessman, it was a natural fit for him to purchase Carolyn’s Landscaping in 1997. Then just offering a retail store and weekly lawn maintenance service, the company was founded in 1976.

“I wanted it to become a one-stop shop,” he said. “The plan was always to move into construction and design, lighting and water features. … It was a community business. I’ve always liked nature and the outdoors, so it was a good fit that way.”

Unfortunately, the nursery building burned down in 2003 and he decided not to rebuild. And while the company no longer includes a retail store, it still provides horticultural services, hardscape design and construction, landscape lighting and water features at its primary location on U.S. 278. Mark salvaged whatever plants he could after the fire, knowing they could be revived.

“If you can save a living thing, the reward is pretty glorious when that thing is looking good and blooming,” he said.

THESE PLANTS CAN BEAT THE HEAT

NARROW-LEAF ZINNIA: This herbaceous plant is the perfect plant for garden borders. Its small daisy-like flowers thrive in heat and dry soil. It’s also disease-resistant and grows to about 16 inches wide and tall.

BLACK-EYED SUSAN: Give it plenty of sun and heat and it will turn into a long-blooming summertime star in your garden. Yellows, oranges and golds proliferate with little hands-on attention.

COSMOS: This dramatic bloomer likes to be left alone. Plant sizes range from 2 to 5 feet and it’s a good fit as a backdrop in mixedflower borders. Expect monarchs, painted ladies and swallowtail butterflies to be at home here.

LANTANA: This compact, sun-loving flower blooms nonstop throughout the summer in multi-colored hues from chiffon yellow to fuchsia pink. Don’t be surprised if you spot an array of butterflies landing on its petals.

VERBENA: This fragrant purple perennial also attracts hordes of butterflies and does well as ground cover and in borders.