TO KEEP YOUR CEREMONY ON TRACK WITH THESE TIPS

When Katherine and Mike Palmeri look back on their October wedding at Palmetto Bluff, their minds go immediately to one thing: the ceremony itself, which the couple wrote together, including their vows.

“Neither of us is religious, but it was really nice for us to write the whole thing together,” Katherine said.

Social media is perfect for milestones like your wedding day. But before you announce your engagement by changing your relationship status on Facebook or sharing the perfect shot of your ring on Instagram, let your closest friends and family in on your big news. And then be ready to watch your social media channels light up with “likes.” 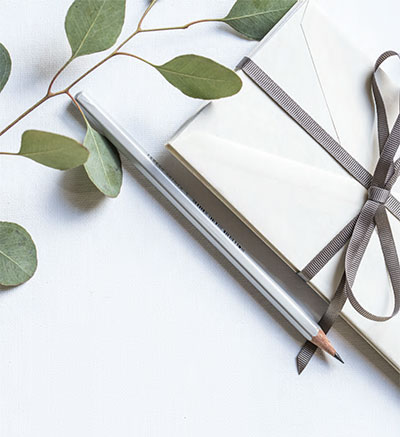 HOW TO KEEP THE GUEST LIST FAIR AND MANAGEABLE

One of the biggest decisions in planning your wedding is the guest list. It sets the mood for the rest of the planning, along with the party itself. Katherine and Mike Palmeri wanted an intimate event, so they stayed on the same guest list page, inviting only close friends and relatives.

Casey and Joshua Tierney got married last July in Bluffton on a strict budget that necessitated a solid plan.

“Josh and I paid for the wedding ourselves,” Casey said. “And we really wanted a sit-down dinner and open bar at Callawassie Island Clubhouse, so that was most important to us. And everything else was ‘Let’s see what we can do.’”

SHOW YOUR STYLE WITH THE PERFECT FIRST DANCE SONG

Some couples come to the altar with a tune that’s always been “theirs,” while others hem and haw over finding a first dance song that fits. Lowcountry couple Halle and Nicholas Keiffer didn’t select their first dance song until the week before the wedding, when Nick happened to hear Brad Paisley’s “Then” on the radio.

Leah Bloom’s 2017 wedding was notable for its familiarity as much as for its novelty.

“Growing up as a rabbi’s daughter, I had been to many, many weddings, and I had seen my dad do what he does best many times,” said Leah, whose father, Rabbi Brad Bloom of Congregation Beth Yam, married his daughter and her beau, Michael Miller, on March 19, 2017. The wedding took place at Congregation Beth Yam on Hilton Head.

BRIDE AND GROOM LEAVE HARBOUR TOWN IN A HORSE-DRAWN CARRIAGE

A Harbour Town ceremony overlooking the water followed by a horse drawn carriage: For Katie and Matt Launspach, it was their perfect Hilton Head Island fairytale wedding.

When Cara Huntley and Junior Novas tied the knot Nov. 25 at the Belfair Clubhouse, they knew they wanted it to be an elegant event — and as stress-free as possible. After all, the Marine couple had enough stress in their lives: They met online in 2010 thanks to the help of mutual friends, and even though sparks flew, there were obstacles to overcome — like the literal oceans between them.

Our 2018 Bridal Guide will soon be fresh off the presses! Be the first to know the latest trends, tips, and local vendors - brought to you by our team at Hilton Head Monthly.

The humidity may be starting to dissipate (or will soon, we promise!), but love is always in the air on Hilton Head Island. The area’s natural beauty, endless amenities and five-star resorts and clubhouses offer brides and grooms from near and far the perfect place to get hitched.

No matter where you’ll be standing when you say “I do,” there are tons of trends to take into consideration — or just use as inspiration — that shift a bit from season to season. Here are some of the top wedding trends for fall 2017 to help create the vision for your perfect “first day married!” celebration.

Casey Witkowski and Joshua Tierney are proof that you can get married in the sweltering Hilton Head humidity of July and not regret it.

“It was a hot, sunny day, but we knew it was going to be, which is why we had everything inside that could be inside,” said Casey of her July 14 nuptials. Luckily, between gorgeous venues like Saint Andrew Chapel, where they tied the knot, and Callawassie Island Clubhouse, where they celebrated with friends and family afterward, the Lowcountry can be a beautifully cool place to wed year-round.

When you grow up surrounded by the beauty of the Lowcountry, your life’s backdrop is already the perfect wedding setting. And Halle Boni Keiffer knew it.

“I didn’t want a ton of decorations,” the Bluffton native said of her May 27 nuptials to Nicholas Keiffer. “I’m very, very simple, I just wanted lots of natural stuff.  I love the oak trees, the moss, the leaves. I love the blooming magnolia trees.”

A few notes on etiquette for the out-of-town bride.

You know you live in a beautiful area when it’s on the list of top destination wedding sites in the United States. Brides from Maine to Michigan choose the Lowcountry as the locale for the most important day of their lives, and with that decision comes a significant amount of special circumstances and unique wedding planning decisions.