SHOW YOUR STYLE WITH THE PERFECT FIRST DANCE SONG

Some couples come to the altar with a tune that’s always been “theirs,” while others hem and haw over finding a first dance song that fits. Lowcountry couple Halle and Nicholas Keiffer didn’t select their first dance song until the week before the wedding, when Nick happened to hear Brad Paisley’s “Then” on the radio.

It’s your first dance as husband and wife, and you probably have considered dozens of songs to capture that special moment in center stage at the reception. 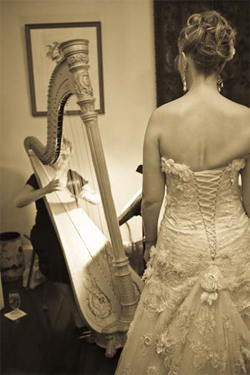 Music is a huge part of the wedding festivities. It is important to understand what you and your fiancé want, and what your guests enjoy. If you plan to marry in a church, be sure to speak with the minister and have him involved in planning the music for your ceremony.