Are groom’s cakes a thing of the past?

Glover, of Brown Sugar Custom Cakes, which serves Beaufort and Bluffton, still finds them regularly requested.  She says groom’s cakes are very appealing to couples, especially if the wedding budget is substantial enough to include special little extras that make an entire wedding weekend more memorable.

Hilton Head Island’s Signe Gardo, of Signe’s Heaven Bound Bakery, acknowledges she has created well over 800 wedding cakes and groom’s cakes during her 45 years of cake making. She says groom’s cakes are requested “in about 20 percent of the weddings” she serves. That percentage has remained steady since the 1980s.

Gardo said she has made groom’s cakes in the shape of everything from baseball caps and football jerseys to college logos and beer cans. Thanks to the 1989 movie “Steel Magnolias,” a red velvet cake shaped like an armadillo was quite popular for a few years. 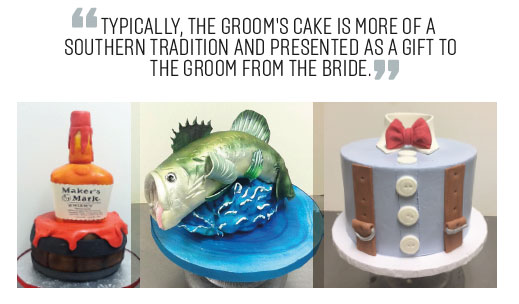 One of Gardo’s more complicated cakes was made for a U.S. Marine aviator from the Marine Corps Airs Station in Beaufort. It was a replica of an FA18-E Super Hornet which he flew on missions.

“For creating cakes like that aircraft,” Gardo said, “you can only work with sugar paste fondant, and you must be architecturally sound so that the wings will hold up on their own. I was really sweating that it wouldn’t collapse when we were delivering it in our cargo van to the wedding.”

Kelsey Allison, who has been a wedding planner in Bluffton for seven years, says she routinely recommends a groom’s cake because she thinks they are so special. 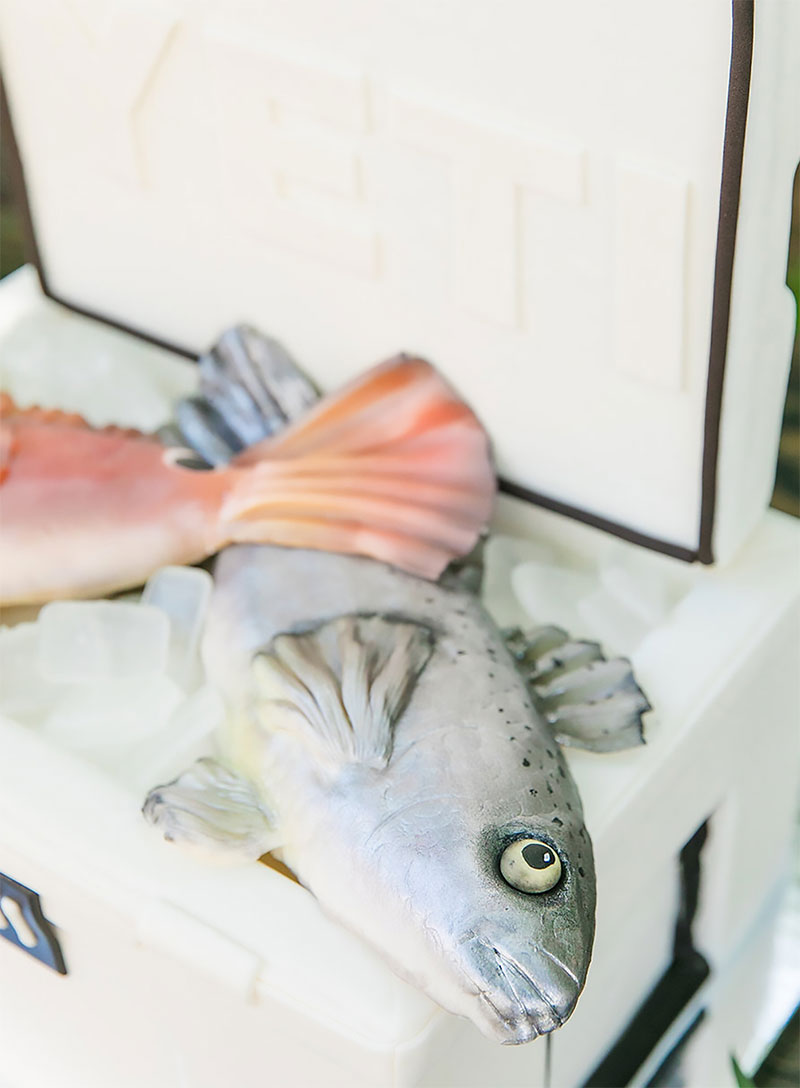 “Typically, the groom’s cake is more of a Southern tradition and presented as a gift to the groom from the bride,” said Allison. “It is meant to reflect her knowledge of him and her support of his passions. If they are displayed with the wedding cake they are smaller, but at the rehearsal dinner they are often large sheet cakes.”

Glover agrees that groom’s cakes add a special touch, especially if they are the main attraction at the rehearsal dinner.

“Over the past couple of years, I’ve had a lot of requests for fishing and hunting theme cakes,” she said, “like fish in a cooler or a sugar paste shotgun with buckshot on the cake.” 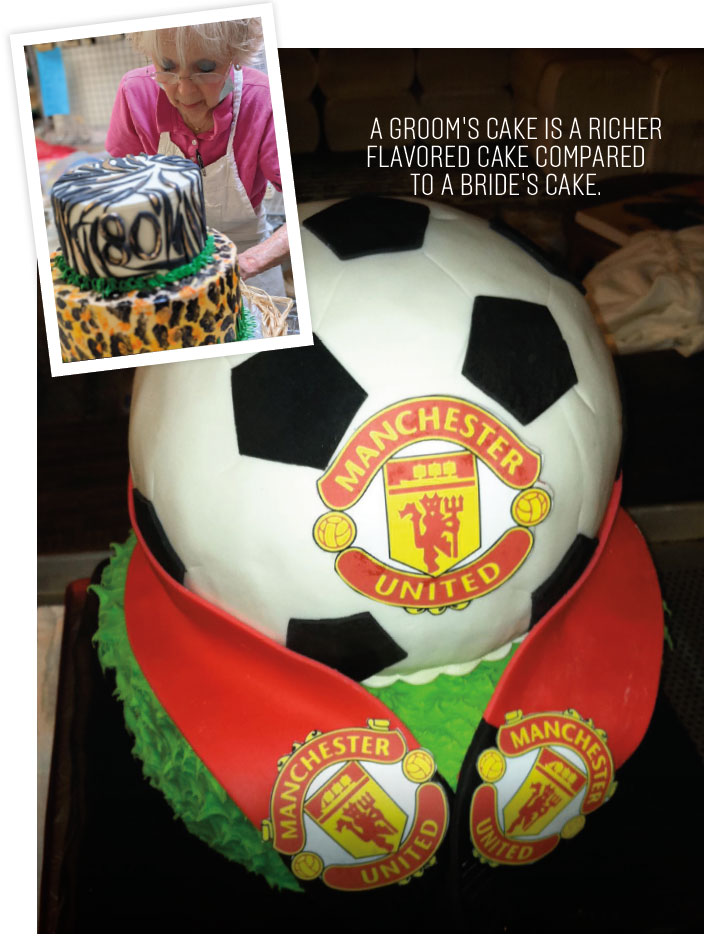 Origins of the groom’s cake date to the 1600s but became popularized in the Victorian Era. They typically were a richer flavored cake compared to the bride’s cake, often including chocolate or alcohol. In fact, heavily liquored, rum-based fruit cake is still said to be the staple groom’s cake among British royalty weddings. 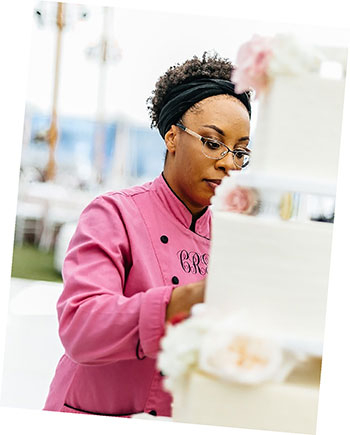 Gardo said another favorite old Southern tradition was for single ladies to take home a slice of the groom’s cake, wrap it, and place it under their pillow in hopes of having a dream about their own future groom.

Prominent area wedding planner Beth Baldwin of Beth Baldwin Weddings thinks groom’s cakes may be outdated (“from what I have seen, groom’s cakes are going the way of the overhead garter and bouquet toss,” she said), but Gardo believes they are here to stay.

“With such lovely traditions, I expect groom’s cakes will be around as long as there are brides and grooms,” she said. “After all, why limit ourselves to just one cake when we can have two?”