Sentimental choices pull everything together

“I never grew up dreaming about my wedding,” said Beaufort native Caroline Kinard Roberts, “so I didn’t expect it to be perfect.”

Aiming for “beautiful but not stuffy,” her October 2021 nuptials to Al Roberts, of Anderson, S.C., resulted in a unique blend of formality and fun, which she calls a “high-low” celebration.

The dress code was black-tie optional, but the setting was her parents’ marsh-front backyard in Beaufort.

Her designer bridal gown, fashioned from raw silk with a thin row of buttons down the back and an optional lacey bolero jacket, came from White on Daniel Island, while her sturdy heeled shoes (hidden from sight) came from Target. 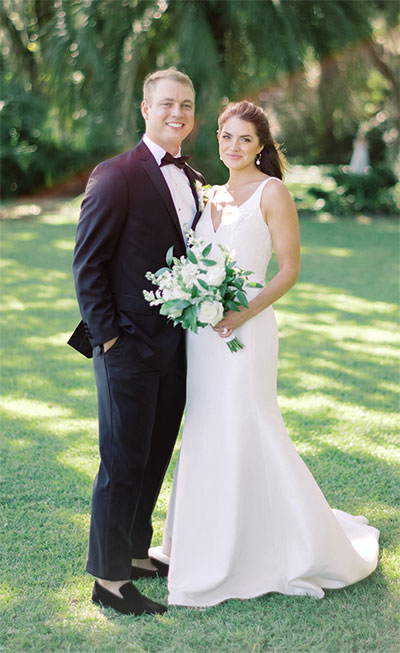 And although the country-rock band, Tailgate Homeboys, pulsed with gaiety, the quiet prayers of the Reverend Dr. Janis J. Kent, Caroline’s co-worker and mentor, brought everyone to tears.

“Everything was such a juxtaposition,” laughs Caroline. “It didn’t make much sense, but we had the most fun you could imagine, far exceeding my expectations.”

A quintessential wedding is full of planning and constantly reviewing a checklist, but it is often the sentimental choices that pull everything together.

Caroline and Al’s wedding is a prime example.

Every detail — from the lightest of blue bridesmaids’ dresses to the classic white and green ceremonial flowers that blended with the landscape, as well as elegant bamboo folding chairs, table settings that featured plate linens embroidered with a Lowcountry crest by a family friend, and Al’s mother’s vintage farm truck filled with flowers and beer — reflected the couple’s goal of creating a relaxed, authentic ambiance.

Consulting tide charts, the couple chose the only Saturday in the fall when high tide was at 5 p.m., an ideal time to exchange vows with a sunset cocktail hour to follow. Shea Abramo, a painter, captured the iconic setting on canvas as the couple’s chocolate lab, Gumbo, strutted down the aisle with Al as the ceremony began.

“I’ll always remember the intense emotions of that moment, walking down the aisle with my dad,” says Caroline.

Embracing the feel of a family dinner party, Caroline also chose to use the blue-and-white pattern dishes she had grown up with and her great-grandmother’s cake stand.

Caroline’s aunt and grandmother adorned the cross stationed by the marsh with flowers, while her parents, owners of Jeweler’s Bench in downtown Beaufort, hand-crafted Caroline’s pearl earrings as well as the wedding bands. Al, forgoing the usual knife to cut the cake, chose his Citadel sword. 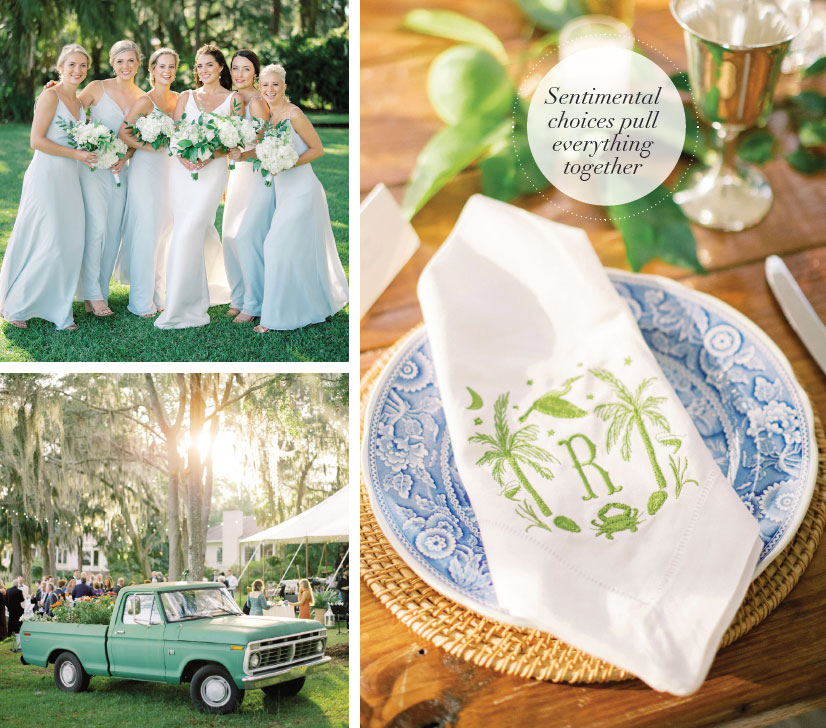 Noel, from Lowcountry Produce, coordinated food stations serving everything from mounds of fancy seafood to down-home BBQ sliders, fries, and Grapefruit Gumbo, his signature cocktail for the event.

Caroline ended the evening wearing a short, white party dress. As the couple said their goodbyes, they spontaneously were hoisted into the air and carried on the shoulders of some of Al’s Army buddies.

When their feet touched ground again, they sped off in a large ATV, shocking the crowd waving sparklers.

“No one saw that coming,” quips Caroline, still smiling about her perfectly memorable day. 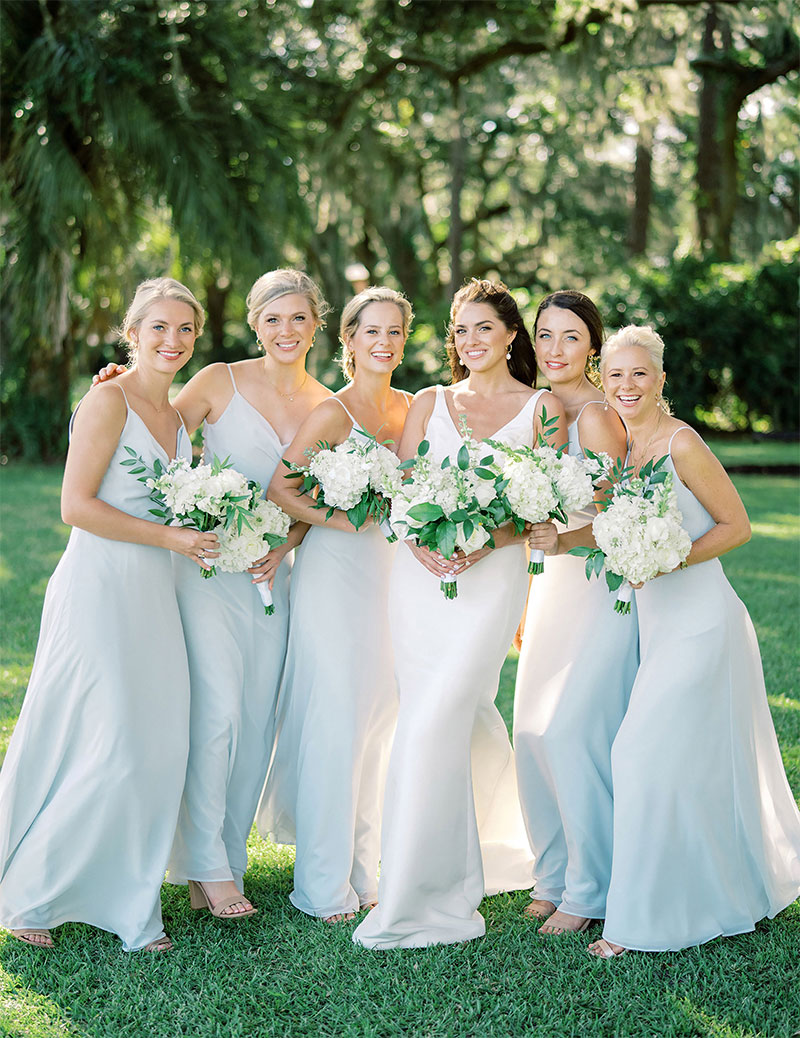