What started as an event for more than 100 guests was quickly altered as venues and providers shut down in response to COVID-19. There was a silver lining to the upheaval, however. The couple was able to marry on Daufuskie Island in an intimate ceremony, ending the night with live music by the ocean.

Kristen and Morgan met in Asheville, N.C., at a vacation gathering for a friend’s birthday. Despite hitting it off, the couple didn’t exchange numbers, both preferring to play a little hard to get. Friends encouraged them to get in touch on social media and they did, texting and communicating constantly from the moment they contacted each other.

Morgan was working his way back to Hilton Head.

“I’d been doing jobs all over the state and living in Asia for a couple of years. My goal was to come back home,” he said.

He brought Kristen to visit the area, stopping at an oyster roast to eat with family. She instantly fell in love with the area.

After a year of long-distance dating, he planned a romantic visit to Daufuskie to propose. The island reminded him of the remoteness of visiting other countries.

“You’re stepping off the grid,” he said. “You’re leaving the world behind and it becomes an adventure once you get there.”

Kristen packed and drove into town, not knowing what was in store for her during the weekend. They rented the Hinson White cottage, a Gullah home nestled in view of the marsh. Morgan proposed in the backyard surrounded by Daufuskie’s natural beauty.

The couple loved Daufuskie and tried to hold their wedding on the island, but logistically it was too difficult to move their guests back and forth.

They then planned to pivot to Belfair in Bluffton, but when they realized they needed to host a smaller wedding because of the pandemic, they decided to go back to Daufuskie Island and hold a wedding for 19 guests at Haig Point.

Kristen and Morgan set a date for Oct. 16, 2020, and with the help of wedding planner Sarah Wright at Everlasting Memories, everyone began to work toward making the perfect wedding.

Music was changed from a large band to Jason LaPorte playing for the ceremony and other events and Josh Kirk joining in on the reception. Flowers were simple white-and-green arrangements by The Flower Shop of Bluffton; just two bouquets for Kristen and her bridesmaid and sprays on the cross that was displayed by their water view.

The event was timed to give guests a glimpse of the beautiful sunset and photographer Briana Tucker from Tucker Photo & Film a chance to record that special aspect of the Lowcountry. 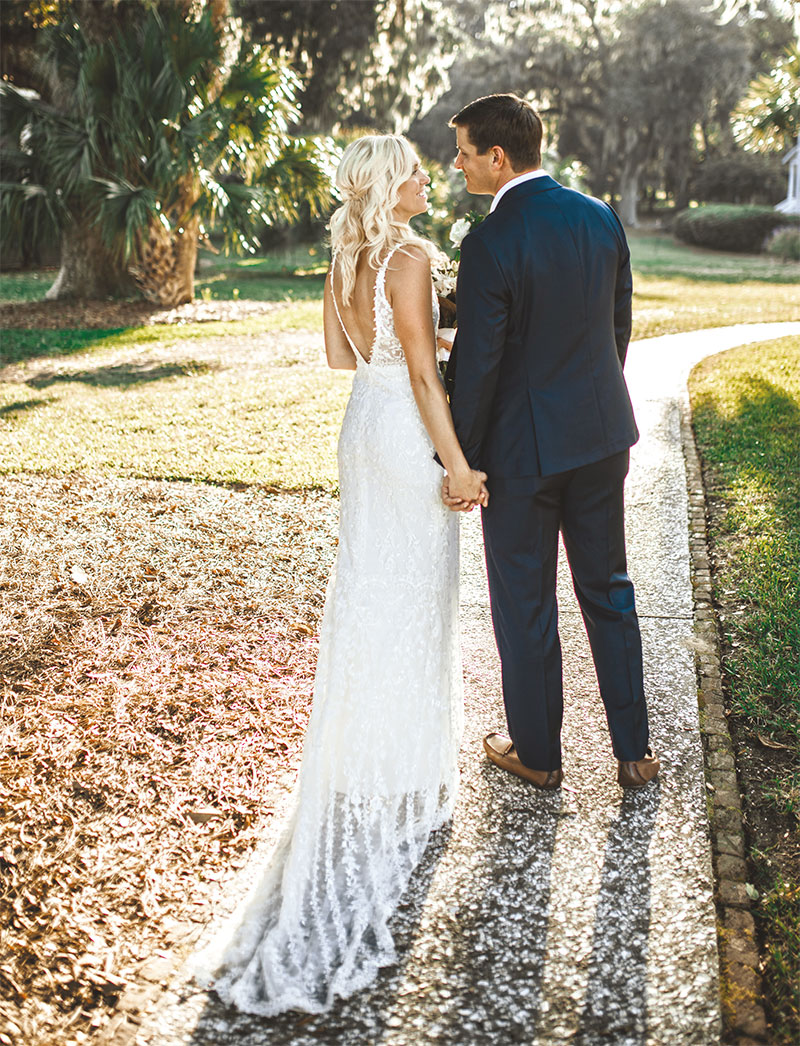 “It was perfect,” Kristen said. “We had the view looking out over the sound and Harbour Town. It was absolutely gorgeous.”

The bride’s hair stylists, Vanessa Thompson, Jamie Lidie and Destiny Brantley, gave Kristen beautiful makeup and a casual updo with beachy waves, deceptive, as much hairspray was used to make sure the Lowcountry breezes didn’t destroy the style.

The groom used JHilburn stylist James Barger for a custom navy suit. Morgan’s preparation needed less styling. He had a fresh haircut from Paddy Myers at Barbers of the Lowcountry. 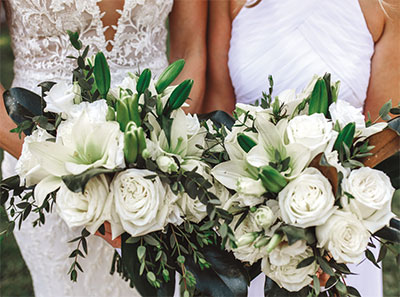 Kristen had tried on many dresses at Ivory & Beau in Savannah, but when she put on the dress she chose, everyone agreed.

“I had no idea what I wanted to wear. It was the fourth dress I tried on and seeing everyone’s faces, I immediately knew,” she said.

Alterations were made by Trish B Stylin’ Design & Alterations.

The day of the wedding brought perfect weather: 75 degrees and sunny.  The ceremony, officiated by the couple’s pastor from Church of the Cross, Kevin Cook, was flawless. The couple appreciated their small group.

Morgan said: “We were just most thankful that we were happy and healthy in one place at the same time, with everything going on in the world. Time just stopped.”

Adjusting around younger family members, the ceremony led into dinner at the Calibogue Club at Haig Point. Afterward, the adults headed to the beach to an area reserved just for their group. There was a fire pit, a bar and a two-person band playing oldies. They ended their day of celebration dancing in the sand. 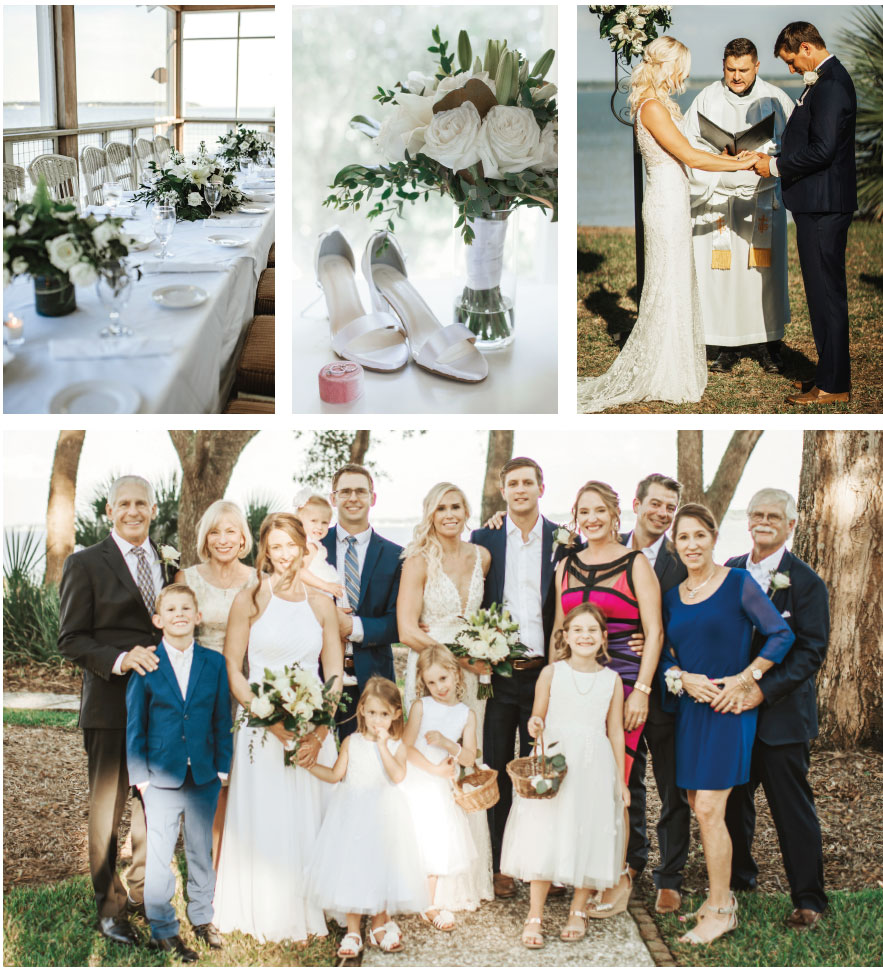