A SUNSET WEDDING CELEBRATES THE BLENDING OF TWO CULTURES

Alyssa Gillis and Humberto Garcia Cruz got lucky: their wedding took place just before South Carolina’s Gov. Henry McMaster prohibited large gatherings due to the coronavirus. But the bigger stroke of luck, according to the Hilton Head couple, is that they found each other at all.

Gillis grew up on Hilton Head Island with her twin sister and parents. Garcia Cruz grew up in Morelos, Mexico, just south of Mexico City. Her determination to become fluent in Spanish brought them together as co-workers at a Mexican orphanage in 2013. 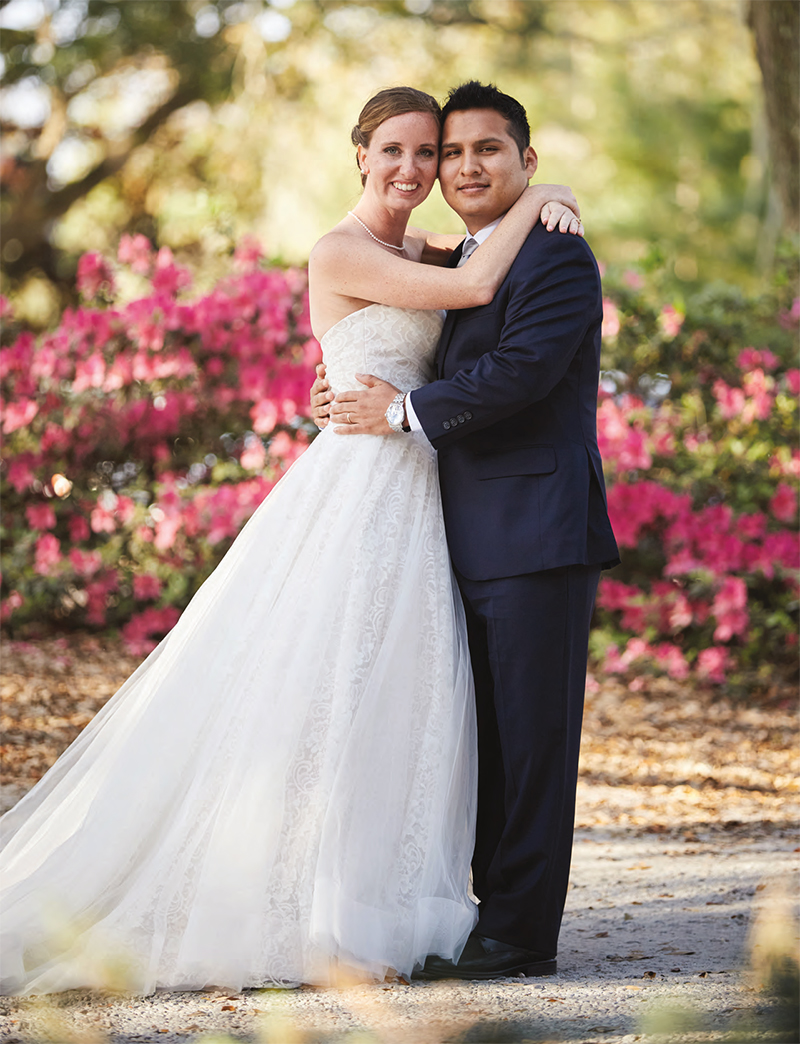 “We were in charge of the same little boys’ dorm. I had just finished college and I was volunteering there for a year-and-a-half,” Gillis said.

Their dedication to each other kept the relationship going for five long years while Garcia Cruz finished his degree in systems and industrial engineering at the Universidad del Norte in Monterrey. They wed March 14 at Hilton Head Island’s Spanish Wells Club.

“If it had been even a week later, we would have had to cancel the whole wedding. We were very grateful that we got it in on time,” Gillis said.

Before the wedding began, the couple took most of their photos at the site. Then they left on a chartered boat ride in their finery before their guests arrived, heading toward Daufuskie Island and circling back to the Spanish Wells dock to make their grand entrance. 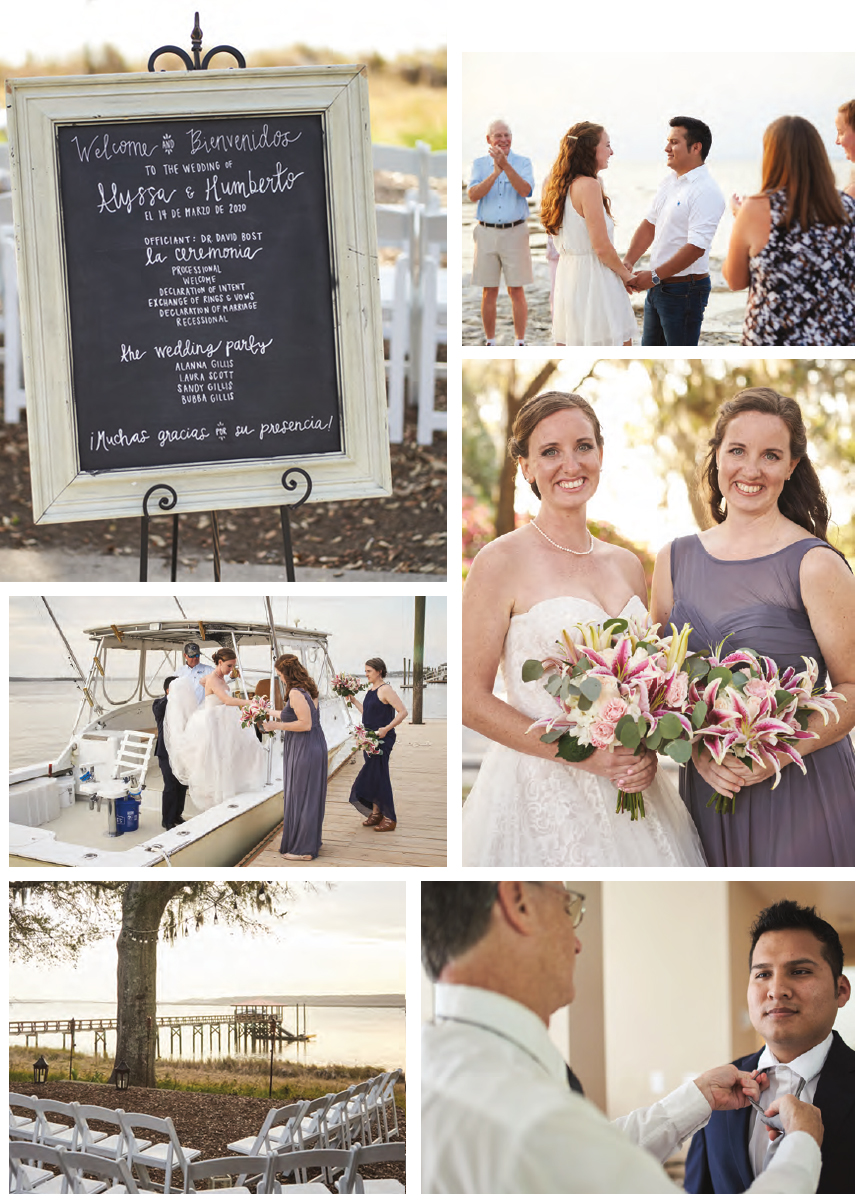 “It was great to be with Alyssa out on the water before everything got started,” Garcia Cruz said.

Dr. David Bost, Gillis’ Spanish professor at Furman University and her mentor, spoke at the sunset ceremony on the lawn of the Spanish Wells Clubhouse overlooking Calibogue Sound.

“He helped me a lot with reaching my life goal of becoming fluent in Spanish. He’s the reason I met Beto and had the language skills to communicate with Beto,” Gillis said.

The bride carried a bouquet of lilies, light pink roses and white hydrangeas as the couple exchanged vows in the bilingual ceremony, but they didn’t need an officiant. Alyssa’s father Bubba Gillis, a notary public, married them last July in a small ceremony at Mitchelville Beach attended only by immediate family members. This was necessary because Garcia Cruz came to the U.S. on a fiancé visa which required the couple to marry within 90 days of his arrival.

Their Spanish Wells wedding took eight months to plan and went off without a hitch thanks to wedding coordinator Lauren Ricciardelli and input from Alyssa’s twin, Alanna, the maid of honor. On the big day, Alanna walked Alyssa down the aisle while their parents stood up with Garcia Cruz because it wasn’t possible for his family and friends to travel from Mexico. The couple hopes to hold a dinner with them in Mexico when it’s safe to travel again and Garcia Cruz’s permanent residency in the U.S. has been approved. 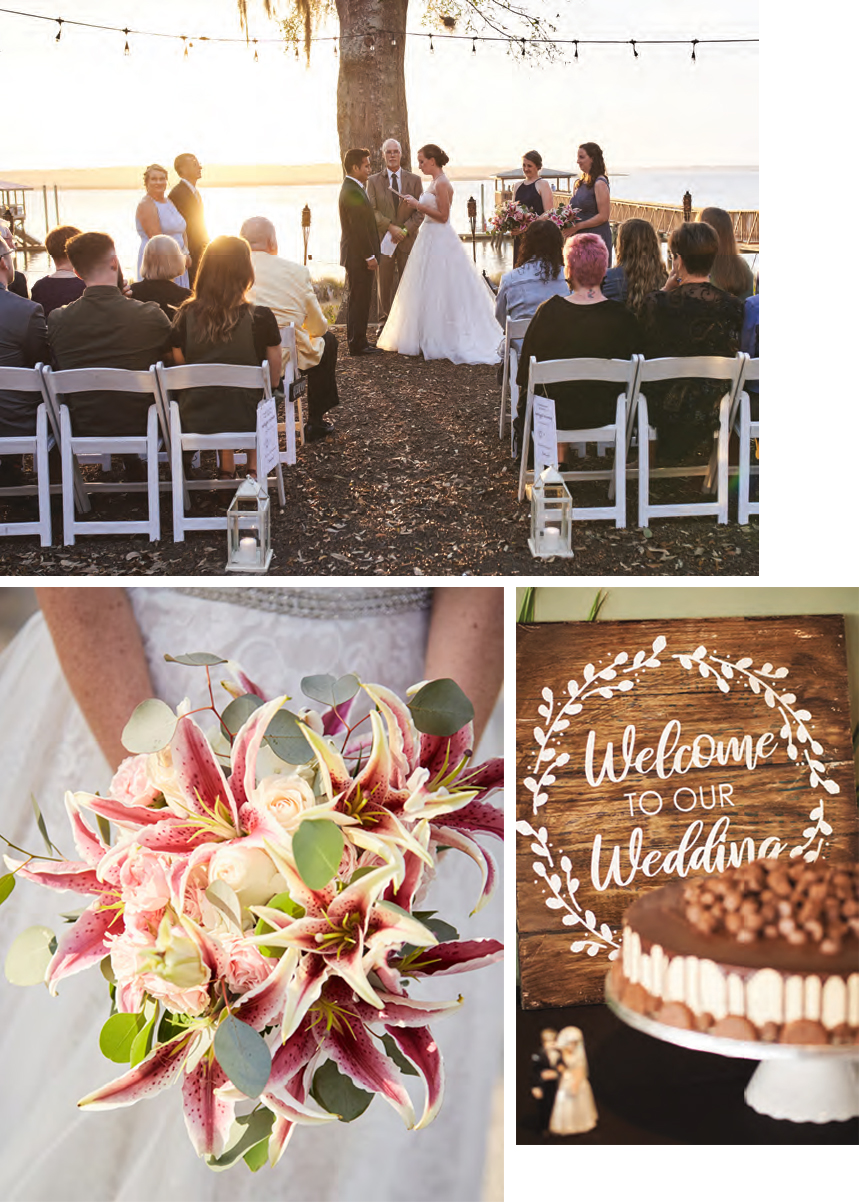 The wedding colors were silver and light blue. Alyssa wore a pearl necklace from her grandmother, who had given the twins the delicate pieces of jewelry as children. Her sapphire and diamond engagement ring, which doubles as her wedding ring, was also a family heirloom.

“In Mexico weddings are different,” Garcia Cruz said. “They are very religious with a mass that’s really long. But Mexican people also love a good party.”

The transition from the ceremony to the reception was easy since both were at the same location. Guests sat down at tables decorated with azaleas, small lanterns and tumblers sporting an American flag and Mexican flag anchored in sand from Coligny Beach. Roy’s Place Café & Catering provided the buffet, which included both Mexican and American— mostly Southern—dishes. Garcia Cruz said the guacamole, chips and salsa, enchiladas and carne asada “tasted authentic.”

“Roy [Prescott] stepped in with less than three weeks to go before the wedding when our original caterer backed out, so he really saved the day,” Alyssa said. 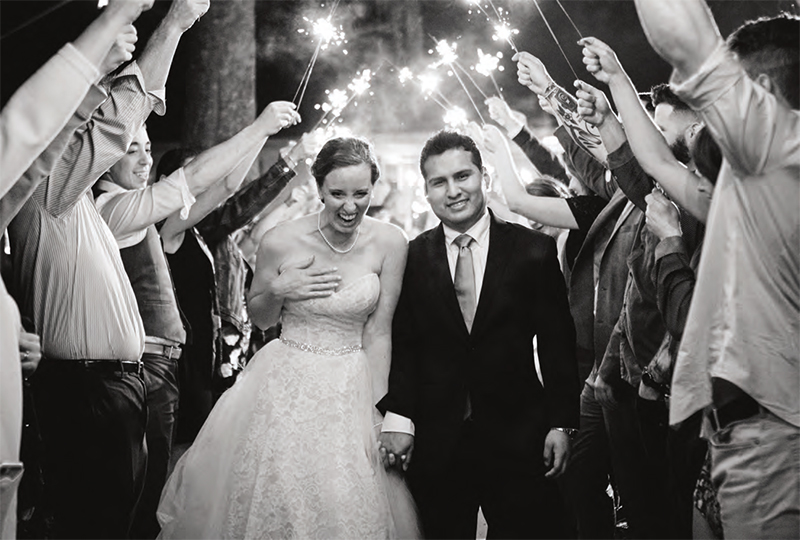 The guests enjoyed a bonfire at the club’s fire pit and cheered when the couple paraded under an arc of sparklers, which they courteously moved an hour earlier than planned when they saw some of their older guests were getting tired.

Scheduled for a trip to the Florida Keys, Alyssa and Humberto had to postpone their honeymoon plans due to coronavirus. But what would have been a big disappointment for some barely fazed them.

“At the time my favorite part of our wedding was feeling like a princess in my dress and dancing with Beto,” Alyssa said. “Now I think the best part was getting to be with all of my close friends and family before we all had to follow stay-at-home orders.” 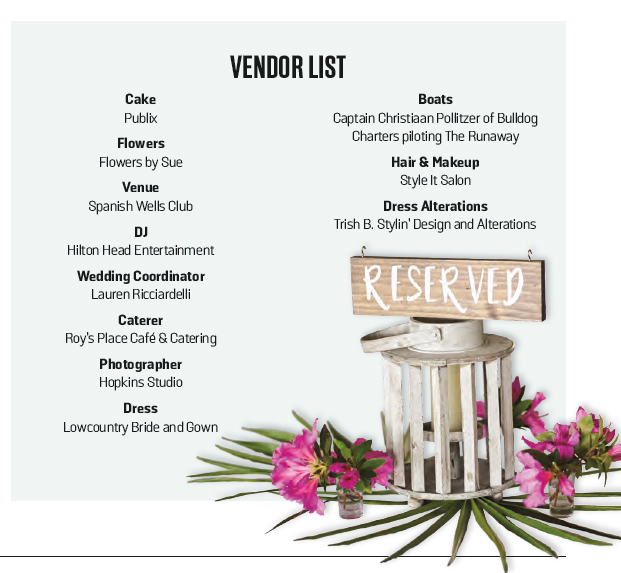