FRIENDSHIP FOLLOWED BY MARRIAGE IS A RECIPE FOR SUCCESS

There is something to be said for marrying your best friend. Combining romance with companionship brings out the best qualities in both types of relationships. It seems couples that have this connection have it figured out — couples like Jennifer and Vinny Matalavage.

Jennifer and Vinny met in college at Penn State Hazleton, sitting next to each other in class and working together on group projects. They really connected as friends and when Vinny began looking for a roommate in 2014, he was excited to learn that Jenny had a job in the same area: “We cleared it with our parents first and then became roommates.”

Years passed and Jennifer invited him on a vacation to Hilton Head Island with her family. 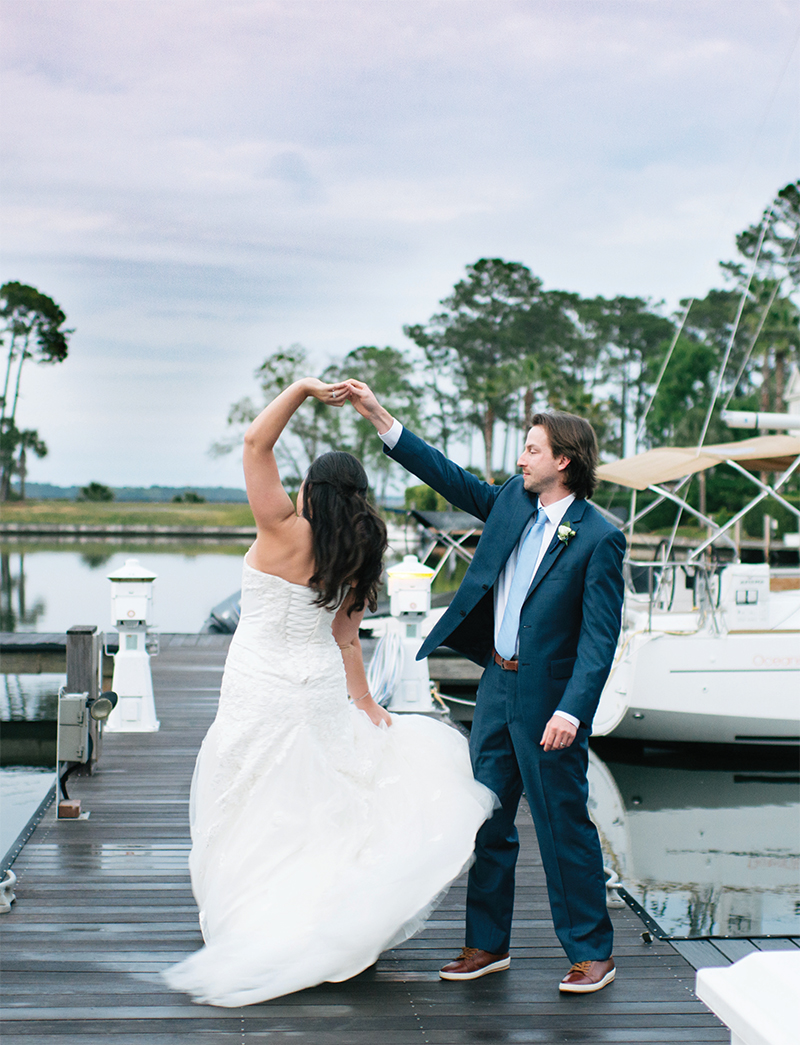 “We connected so well,” she said. “I knew that I liked him more.”

Without knowing, they had confided their romantic interest in each other to their friends. No one was surprised when the couple started dating. Soon, they decided to move to Hilton Head permanently, getting jobs at The Westin Hilton Head Island Resort & Spa, packing up their cars and the cat and making the transition to the coast. It wasn’t long until Vinny decided to propose.

“I had gotten a ring but held onto it for about a month and a half, trying to figure out when and how,” he said. “Jennifer is a huge ‘Grey’s Anatomy’ fan, so I did a Derek and Meredith scene and posted a note on the front door.” Jennifer was happy to have the proposal at their home, just the two of them.

“I love my friends and family but wanted it to be just the two of us,” she said. “It was perfect.”

The couple didn’t wait too long to get married, planning the wedding for April 2019. The rehearsal dinner was at The Westin, which allowed them to introduce their family and friends to their workplace and also made things convenient, since many guests stayed at the hotel.

They kept the dinner small, but because so many guests had travelled to the island for the wedding, they decided to hold a welcome reception on the property. Jennifer thought it was a great idea: “We rented Oceans and got the word out. It let us spend more time with family and friends.” Their photographer, Celia Carroll with Harbour Affair Productions, was generous enough to capture the pre-wedding event and also took some pictures of the couple on the beach.

The next day, Vinny played golf at Port Royal Country Club with his groomsmen and family while Jennifer had a relaxed morning with her ladies, getting made over by Bride Side Beauty. She was safely inside the church when Vinny arrived by shuttle. The weather was rainy and the driver wanted to drop him near her room at First Presbyterian Church, but Vinny took no chances, running to the front door despite the rain. 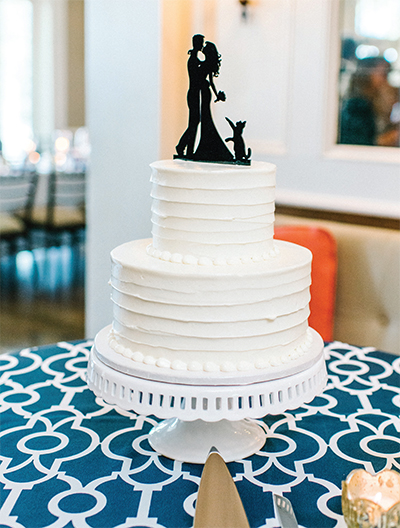 After vows and special remarks by Pastor Doug Fletcher, the couple managed to squeeze in a little time together before the reception. Vinny had tears in his eyes: “I was overjoyed. Walking down the hallway with just the two of us, it all set in.”

Cocktail hour was held at Wexford Country Club with three talented members of the Emerald Empire Band providing a jazz trio for the hour. They were joined by two more musicians for the reception. The wedding florist, Jardiniere, made a great suggestion for the bridesmaid flowers to be placed in vases scattered around the room. The guests were seated for a dinner featuring crab cakes as a nod to Jennifer’s Marylandborn parents. During dinner, Jenn’s sister Annie, her father and Vinny’s best man kept guests both laughing and in tears.

Jennifer said their relationship has only gotten better since their wedding.

“I love him more. There’s just some kind of balance now that he’s my husband,” she said. “He’s really my partner through life. He’s officially part of my family.”