From the groomsmen arriving by boat to the sea glass blues and greens of the décor and dresses, Christine and C.J. Steedley’s wedding had a true coastal wedding vibe. And Mother Nature contributed with the very best island weather. 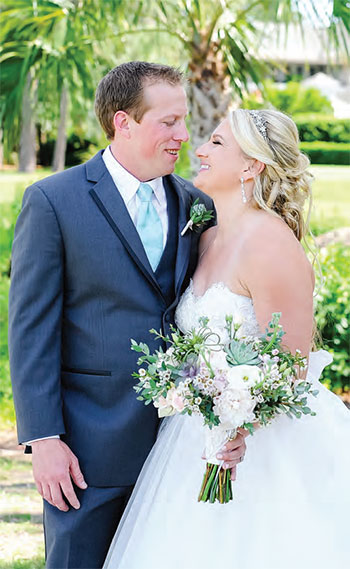 “I think it was the perfect day of the year; we got very lucky,” said Pittsburgh native Christine of her May 5 nuptials to C.J., a native Blufftonian.

There were plenty of parties before the main event, including a welcome party at Leamington Beach House, catered by Java Burrito Company; a rehearsal dinner at a friend’s home, catered by Geist & Company; and a more impromptu get-together at Santa Fe Café for out-of-towners and others eager to kick off the festivities early.

The wedding itself, set for 5:05 p.m. on 5/5 with five bridesmaids and five groomsmen, took place at Wexford Country Club overlooking the water. The bridesmaids wore hues of aqua in line with the coastal theme, and the two ring bearers — Christine’s young nephew and her grown brother — both wore traditional Scottish kilts.

The couple did a first look beforehand to have a special moment together, exchange sentimental wedding day gifts, and take pictures with C.J.’s grandmother, who came from her home in TidePointe for the occasion.

Despite having already seen Christine in her white princess gown and glowing smile, C.J. said watching her walk up the aisle on her father’s arm was a priceless moment on an already unforgettable day. 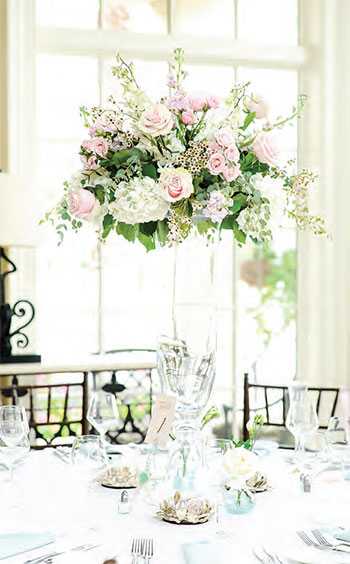 “We did do a first look, so I did get to see her beforehand, but it was still very special to see it actually happening,” he said.

The bride and groom wrote their own vows for the wedding, which was officiated by a family friend of the bride’s.

“(The vows) were a complete surprise (to each other), so that was really fun,” Christine said.

After the ceremony, the wedding party and guests enjoyed “Clarkaritas” and mint juleps—a nod to that day’s 144th running of the Kentucky Derby — along with appetizers including shrimp and grits, ham and pimiento cheese biscuit sliders, and asparagus wrapped in prosciutto with a dipping sauce.

But the tastiest flavors came at the sit-down dinner crafted by Wexford executive chef Frank Copeland III and his staff.

“It was the best pork chop I’ve ever eaten in my life,” said C.J.  of the pork chop served with an Asian heirloom barbecue sauce. Also on offer was cobia with a tropical mango salsa or a vegetarian dish. Christine and C.J. enjoyed their meal while sitting in chairs hung with two sweet and silly signs: “I do” on hers, and “I do what she says” on his. 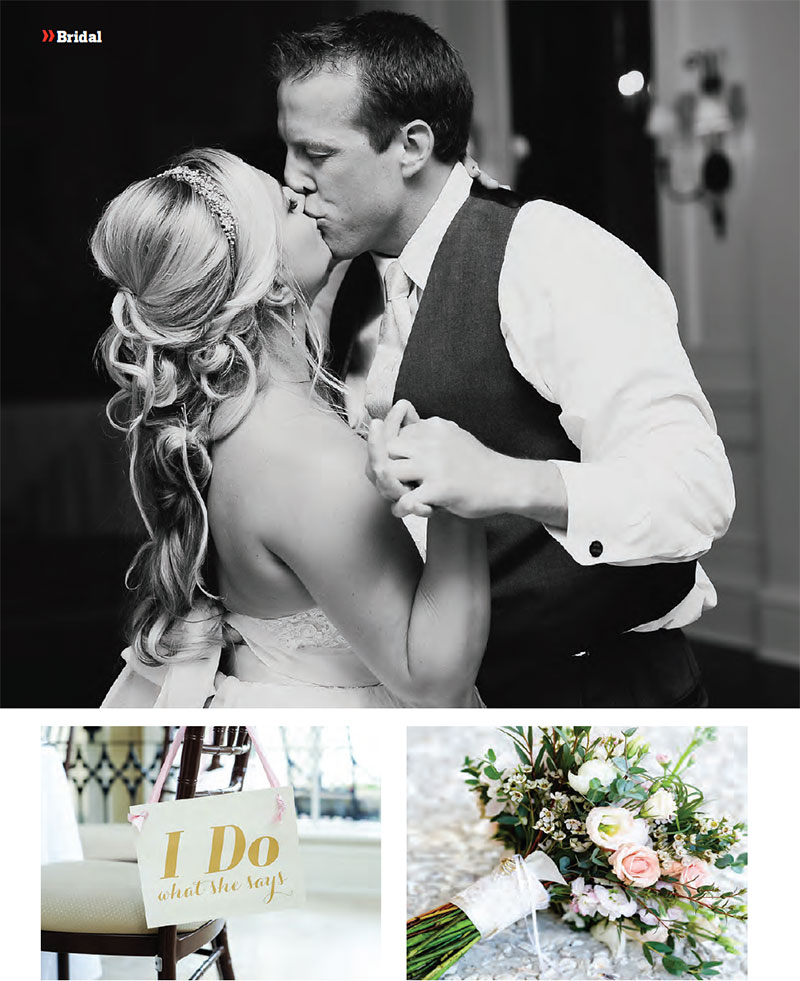 After dinner, DJ Ross Brown kept the guests on their feet for most of the night.

“The first dance was ‘Tonight’s Gonna Be a Good Night,’” Christine said, “And about 85 people were on the dance floor for that song, which was really cool.” 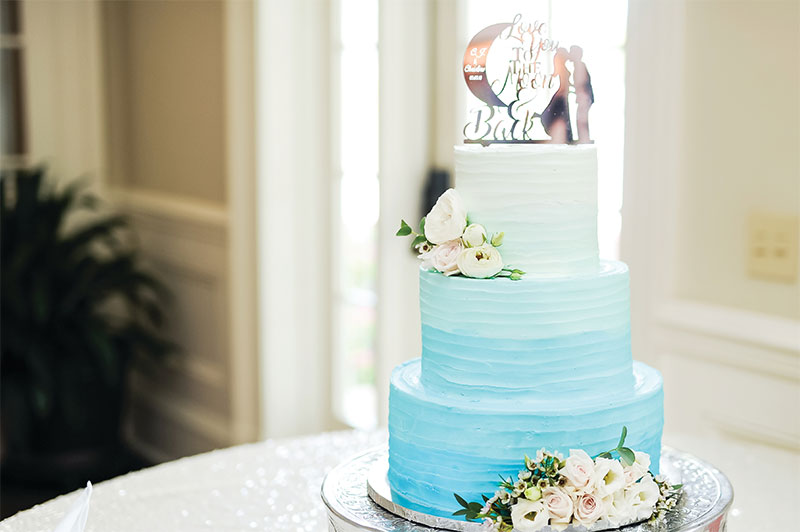 Guests were also treated to a three-tiered wedding cake made by Lowcountry Flour Girls, and kettle corn favors from Palmetto Kettle Corn, which is owned by one of C.J.’s fellow firefighters.

From the vendors to the venue, the bride and groom both say the day couldn’t have gone better.

“It seriously was like a fairytale, it exceeded expectations—and my husband is always saying ‘You have too high of expectations,’” Christine said.