“Jackie Brino really saved the day; she was a huge help,” says bride Amy Loizides. “If I have one person to thank for that wedding, it was Jackie Brino.” 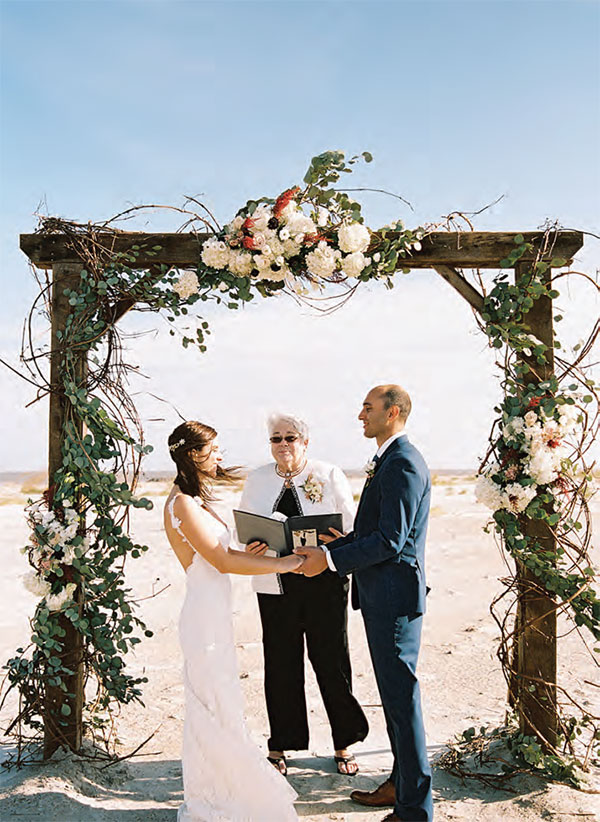 The couple had planned their wedding at Honey Horn, but the storm’s destruction made the venue an impossibility. While Amy and her loved ones were scrambling to deal with canceled reservations and travel difficulties, Brino stepped up to say Windows on the Waterway was available to be the perfect Plan B.

“We met Jackie there and the place was kind of a mess, but she said ‘We’re gonna fix it up and it’ll be great,’” Amy says. And Brino and the Windows on the Waterway staff made good on their promise – with the help of some other wedding pros on the island who were more than happy to help. 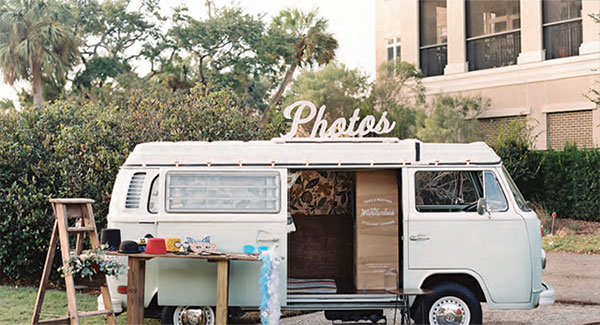 “Dawn (Kiritsy) from A Floral Affair must have gone in there and had a vision of what I wanted at Honey Horn and just transformed the space into this rustic, beautiful thing,” Amy says. “It beyond exceeded my expectations.”

The couple opted to hold the ceremony on the beach at the clubhouse of Port Royal Plantation, where the bride’s parents live. The day dawned sunny but windy, and the question of moving the nuptials indoors was raised. “It was super windy but I didn’t care,” says Amy, who was determined to at least have her wedding ceremony outdoors like she’d planned for the last year and a half. 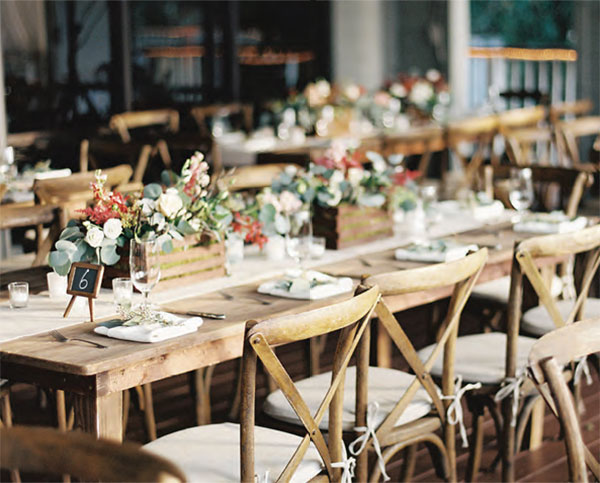 The bride wore a Katie May lace wedding gown with a low back, and the groom and his best man wore navy blue suits. The couple met beforehand for a “first look” photo session at one of the golf courses in Port Royal Plantation.

“It was nerve-wracking because I had on Jimmy Choo heels and I was teetering in the grass,” Amy laughs. “But it was really special for Jason and I. I’d been talking about my dress for so long, and it had a low back so I’d been working my butt off to get my back into shape.” 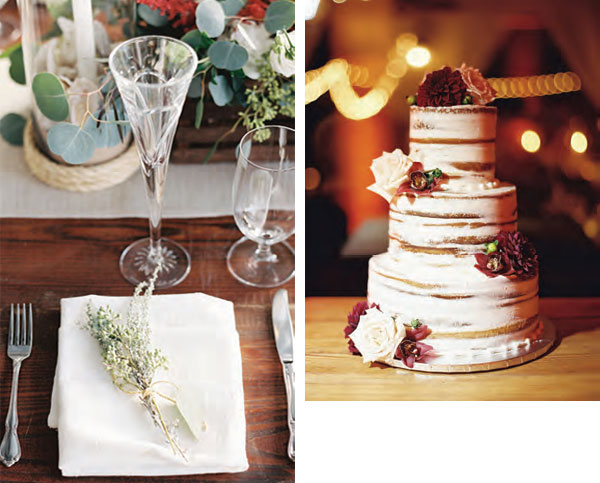 After the ceremony and cocktail hour, guests were bussed to Windows on the Waterway for the reception, which included just about everything the bride had dreamed of having at her original location.

“Jackie had said, ‘The only thing I can’t seem to get is the cake.’ Then I showed up at the reception and there was a naked cake exactly as I wanted.” Low Country Flour Girls had made her wedding cake vision a reality.

The couple was astounded by how quickly and thoroughly all their local vendors stepped up to make sure their big day was no less special than what they’d originally planned. 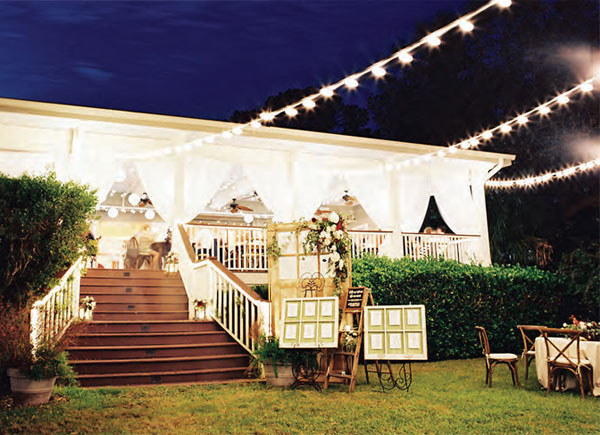 “I don’t know how I got through it. It was probably one of the hardest things I’ve ever had to deal with in my life,” Amy says of her post-hurricane nuptials. “I kind of just shut my eyes and let the whole thing happen.”

But it did happen, and the Loizideses will forever be grateful to everyone, especially their family, friends and miracle worker Jackie Brino, for making it a beautiful day.

“Our guests said to us, ‘If this wasn’t your original wedding, I don’t even know what you planned at Honey Horn,’” Amy says.