Maggie Lowther and Robbie Kelly were married September 3, 2016 at Honey Horn, a day after Tropical Storm Hermine blew through the Lowcountry, leaving debris and tree limbs in her wake.

Luckily, the easygoing bride took it all in stride. 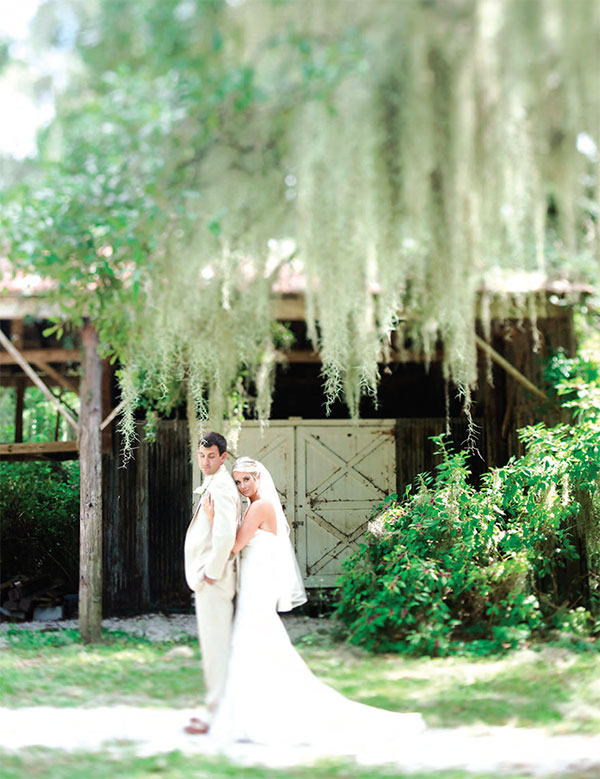 Maggie says there’s good reason for her relaxed attitude about her big day.

“The reason I was laidback is because (Meagan) handled everything,” the bride says. “She is just incredible. The stuff she thinks about is ridiculous.”

It surely wasn’t the first time a bride from the Lowcountry married a groom from Ohio, but Maggie and Robbie made the day truly theirs with a fun vibe that included cornhole games, pre-wedding drinks and a DJ spinning tunes that night.

“Everybody that was at the wedding had a great time,” Spachman says. “It was just really, really relaxed and laidback.”

The rehearsal dinner and welcome party was held at Moss Creek the evening before the wedding, where a Lowcountry boil delighted out-of-towners and locals alike. 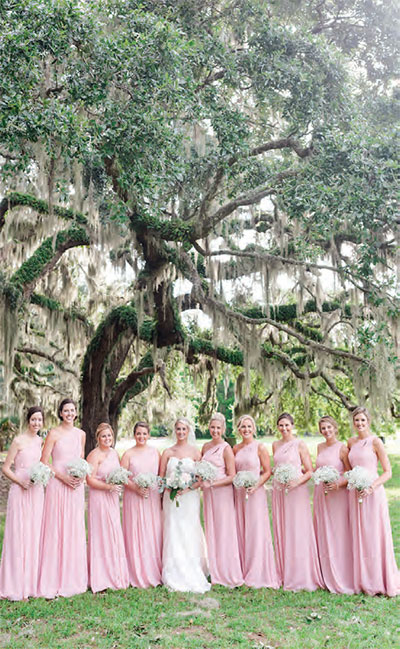 The next day the couple did a “first look” photo session with their wedding party – nine bridesmaids in blush pink dresses and nine groomsmen in tan suits.

“Everybody recommends that ‘first look,’ and I’m so glad they did because as soon as the ceremony was over, it was nonstop after that.”

After formal portraits were taken, the giant wedding party stood alongside Maggie and Robbie as they said, “I do.” Maggie says walking down the aisle on the arm of her father, Scott Lowther, was a defining moment for her.

“I don’t remember being extremely emotional until he and I were walking down and I heard him getting choked up,” she says. “He is not a man to get choked up.”

The couple had asked Robbie’s friend and former high school basketball coach, who also is a pastor, to officiate their nuptials, giving it a more personal touch. 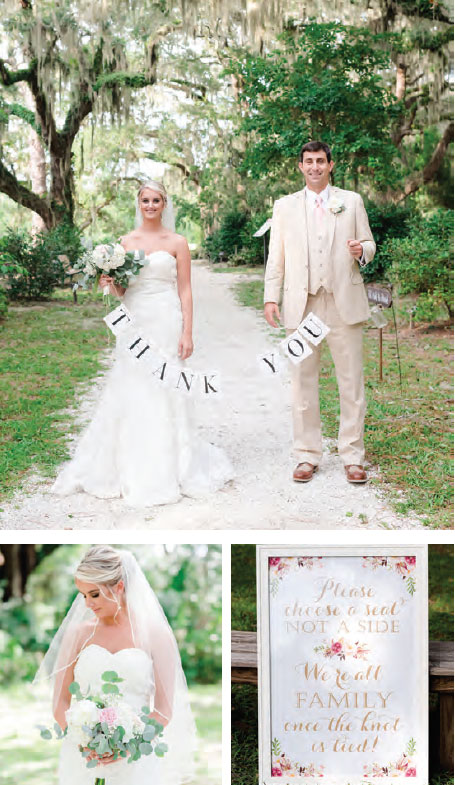 Afterward, guests enjoyed beer, wine and games outside before a dinner of traditional Southern fare was served. Jimmy Fitts Catering wowed the crowd with fried chicken made on-site, baked chicken, mac and cheese and collard greens.

“People still tell me about how great the food was,” Maggie says.

The couple had set up a Kids Corner with hula hoops, crayons, chalk and plenty of other fun stuff for the dozen or so children in attendance. Most were drawn to the photo booth, which was a hit with the adults, too.

“That’s one of the most fun things I thought we had. Looking at those pictures the next day was great,” Maggie says.

From start to finish, the couple’s wedding day was as fun and easygoing as they are.

“I wasn’t one of those little girls that dreamed of their wedding day. And I think that was a good thing, because I never had huge expectations,” Maggie says. “But it was exactly how I wanted it to be.”