Sometimes when you’re in love, one set of wedding vows just isn’t enough.

Caroline Santorum and Lee Ayres exchanged traditional wedding vows on June 11 at Sea Pines Country Club in front of 215 family members and friends. But a couple hours before that, they exchanged a different set of vows, promises of love and devotion they wrote themselves. 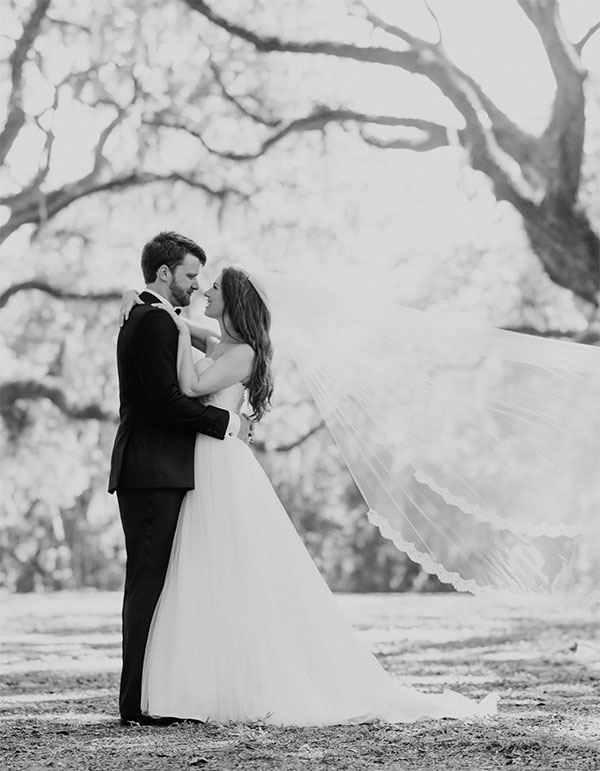 “We knew we wanted to do a ‘first look,’ and we wanted to add something to that moment,” says Caroline, who grew up on Hilton Head Island and spent 15 years dancing with Hilton Head Dance Theatre. “I was really trying not to cry (as we said them).” 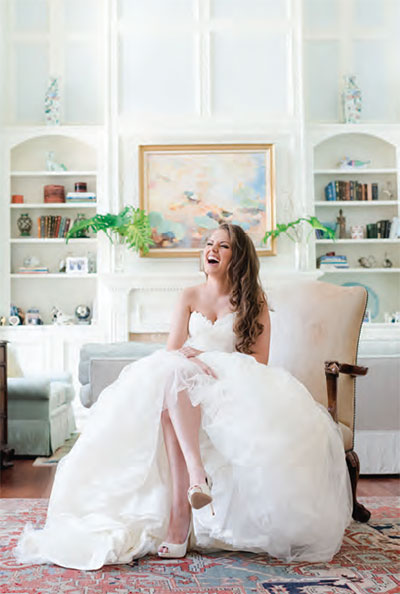 Caroline, a University of South Carolina graduate, and Lee, who attended Georgia Tech, met during the summer of their sophomore years at a Cru event (formerly Campus Crusade for Christ) in Florida. They got engaged during their senior year of college, and had a year and a half to plan the wedding. While it seemed like an awfully long time to wait to tie the knot, Caroline says the longer engagement had its benefits.

When it came to planning, “we had our pick of anything we wanted, which was awesome,” she says.

The couple opted to have their nuptials at Sea Pines Country Club, with the rehearsal dinner at Sea Pines Beach Club. “It was gorgeous,” says Caroline, a vision herself in a custom gown created by Modern Trousseau from The White Magnolia in Atlanta.

“The top of one dress we loved, but the bottom was a satin cupcake skirt, too much for a summer wedding on Hilton Head. So we took a tulle skirt from the bottom of another dress. I never really tried it on, but I just said ‘I think this will be great, I hope, let’s go with it,’” she says of combining the two dresses. “I was a little nervous seeing the final dress, but it was stunning. It’s the favorite thing I’ve ever worn.” 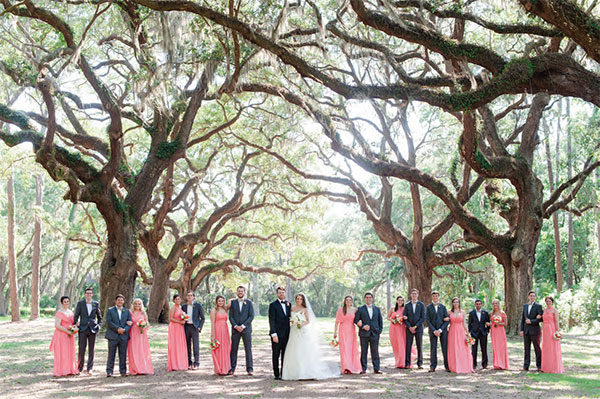 “(Caroline) was very specific on the colors she was interested in, and we played off of the bridesmaids dresses with the flowers, but it was a little bit of a controlled palette,” says Goss. “We worked really closely with Deborah Lamp with Flowers by Sue; I feel like she really listened to Caroline. Even when Caroline didn’t know what she did like, she knew what she didn’t like, and Deborah was able to interpret that.” 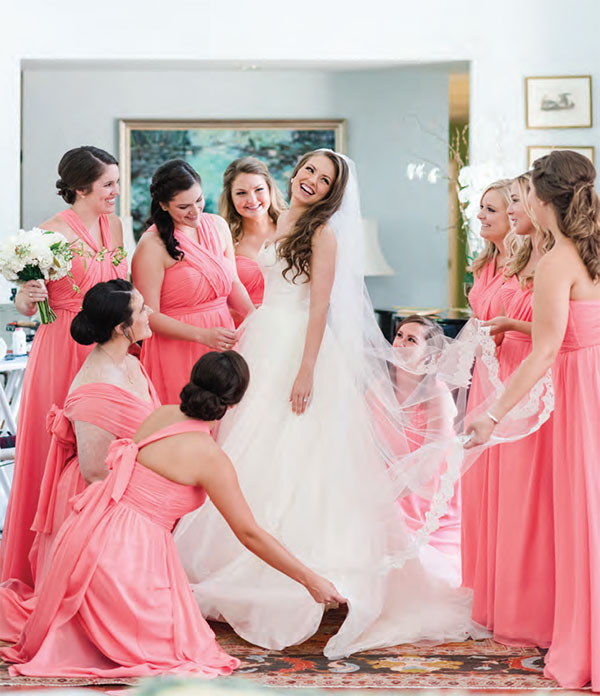 Pastor Jay Hackett, Lee’s former youth minister from his hometown in Georgia, officiated the ceremony, which included a special moment for the couple, who both are seeking master’s degrees that will lead them to careers in the church.

“After we gave our vows and exchanged the rings, we did Communion just the two of us while the pianist was playing ‘How Deep the Father’s Love for Us,’” says Caroline. “That was a really cool moment just to step aside and be in our own little world during the ceremony.” 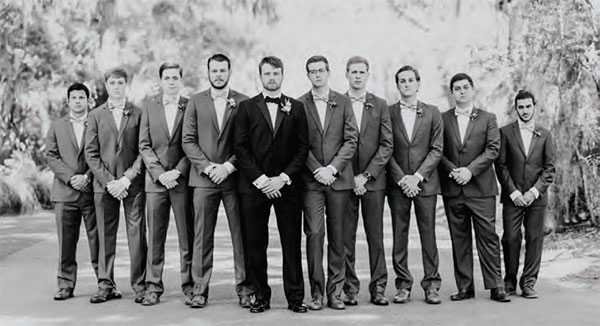 When Hackett announced them as a married couple and gave Lee permission to kiss his bride, he did so with a dramatic dip, which Caroline, the former dancer, performed perfectly — in 4-and-a-half-inch heels.

After a cocktail hour outside, guests headed inside for dancing to the Charlotte-based Java Band and dining on fun fare with a sophisticated twist. Offerings included a mashed potato bar, a fajita bar, a prime rib station, and a salad bar. Goss credits Sea Pines Country Club manager Jerry Vaughan with how well the evening went. “He was so easy to work with,” she says. “The food was excellent, the servers were excellent.” 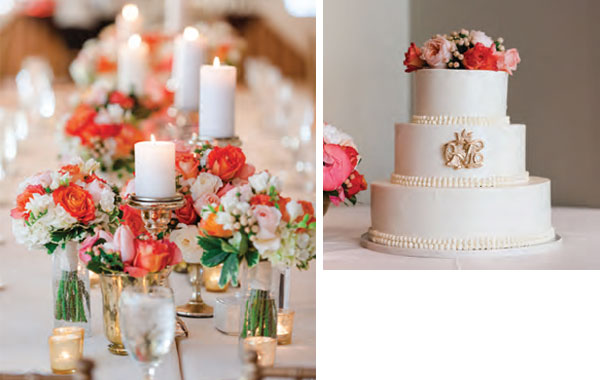 Signe’s Heaven Bound Bakery made the couple’s raspberry lemon-filled cake, which was adorned with flowers and their specially designed monogram made out of gold fondant.

Later in the night, the couple surprised their guests with a fireworks display, which not even their wedding party knew about beforehand. “Everyone was like ‘Oh my gosh!’ It was awesome,” Caroline says.

Guests then were treated to an ice cream bar provided by Hilton Head Ice Cream, the bride’s “favorite ice cream in the world,” before sending off the sweet couple with sparklers at the end of the party. 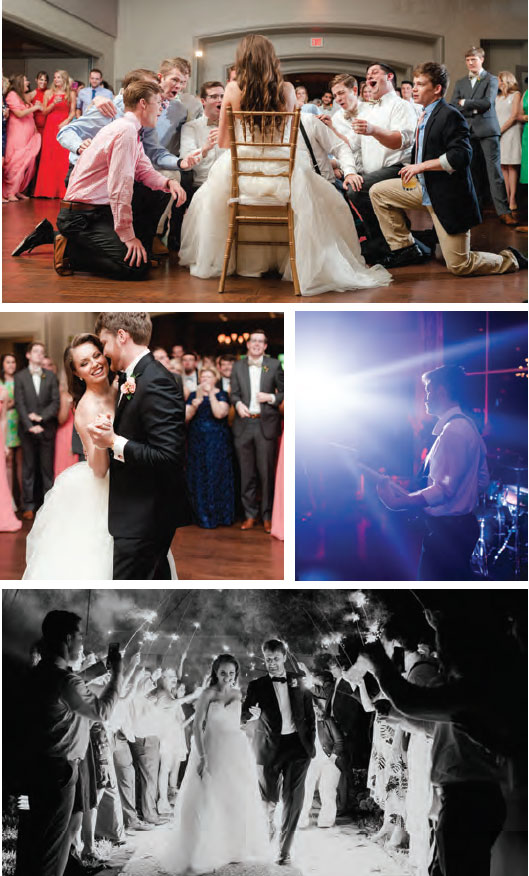