BRIDE AND GROOM LEAVE HARBOUR TOWN IN A HORSE-DRAWN CARRIAGE

A Harbour Town ceremony overlooking the water followed by a horse drawn carriage: For Katie and Matt Launspach, it was their perfect Hilton Head Island fairytale wedding.

“I’ve been coming to Hilton Head since I was a baby; my parents even had their honeymoon here,” Katie said on why the couple chose the island as their wedding destination. “Hilton Head is a beautiful location, and it was a great place to have all of our family and friends come.”

The couple’s first met in New York City, at a party thrown by their company. At the time, she was working in the New York office, while he was based in Chicago. The two became friends, eventually starting a long-distance romance. It wasn’t long before the two realized things were getting serious. 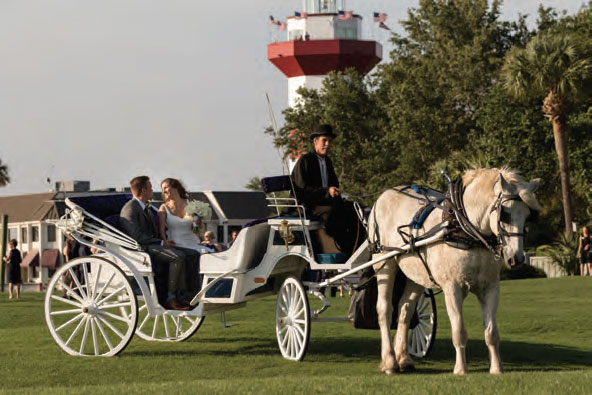 “I knew Matt was the one probably before he knew,” Katie said. “I was ready to get out of New York and started making my way over to Chicago.”

HILTON HEAD IS A BEAUTIFUL LOCATION, AND IT WAS A GREAT PLACE TO HAVE ALL OF OUR FAMILY AND FRIENDS COME.

Matt proposed to Katie in 2016, and four months later she was living in Chicago.

While it was nice to finally be living in the same city, they still were miles from their wedding destination. That made finding the perfect wedding planner key, Katie said. For them, that turned out to be wedding pro Beth Baldwin.

“My mom was incredibly helpful because she lives in Hilton Head. She coordinated with Beth and kept us in the loop,” Katie said. 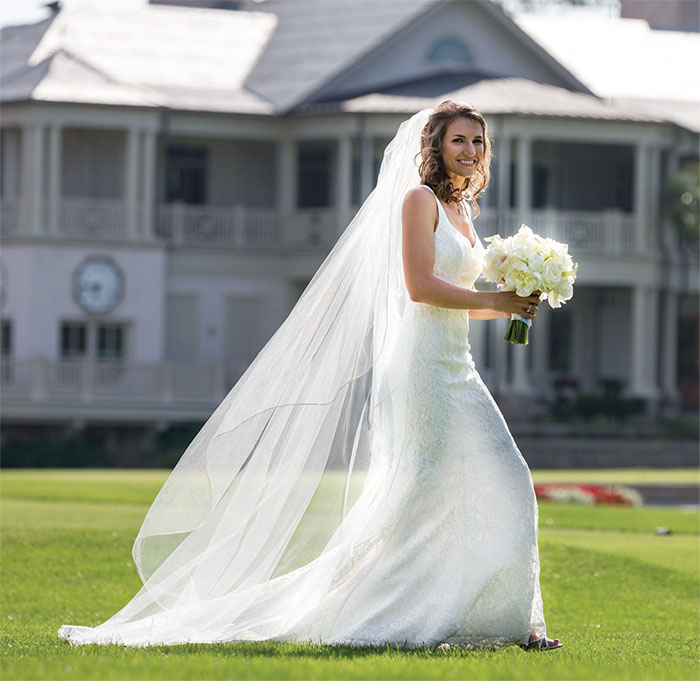 From the beginning, the couple knew they needed to pin down three important aspects of their big day: the venue, the band and the photographer. Once those elements were in place, the rest would come together. And it did.

“Funny enough, it’s the first dress I tried on,” Katie said. “I wanted something simple and elegant.” 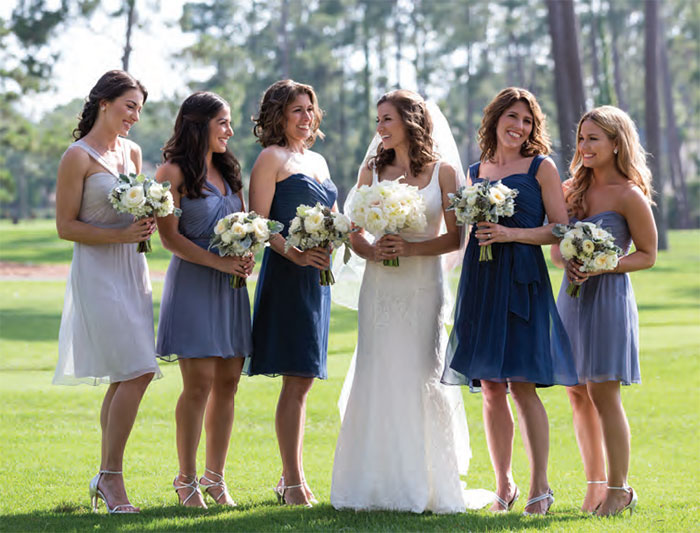 She also found inspiration for the bridesmaids’ dresses while at other weddings.

“I had noticed from going to a lot friend’s weddings that the multi-colored theme was happening with a lot of the bridesmaids, where it would be one hue but in different shades,” Katie said. “I loved that idea, so I did shades of blue. It was nice that the bridesmaids could choose a dress that fit them and made them comfortable.”

After the ceremony on the 18th hole of Harbour Town Golf Links, the party moved indoors for a reception at Harbour Town Yacht Club. Guests ate, drank and danced the night away.

“The band was incredible,” Katie said of Celebrity All Stars Band. “They really knew how to get people out of their seats up and dancing.”

The evening came to a close with a fairytale horse-drawn carriage exit — the perfect finishing touch, Katie said.

“It was Beth [Baldwin] who brought the idea to me,” Katie said. “The second she proposed it, I said yes, of course. It was really exciting.” 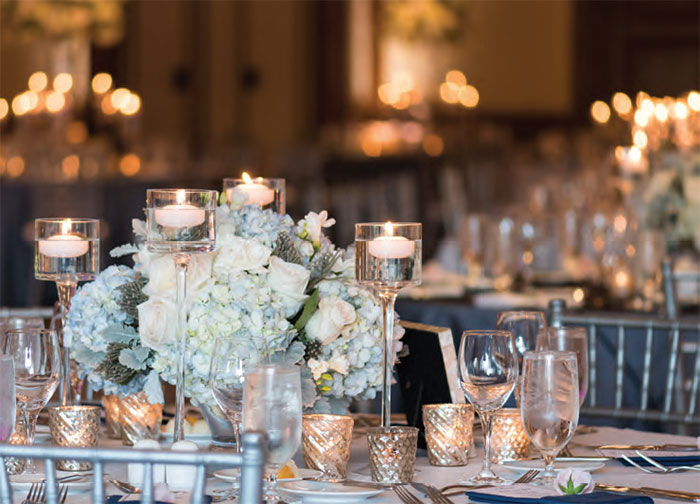 “Definitely get a wedding planner,” she said. “You can’t have everything and still be within budget, so you need to know what you and your fiancé really care about. Don’t sweat the little things, because at the end of the day, it’s about the two of you and not the type of table linens you have.”