EDITOR’S NOTE: As part of Monthly’s yearlong 30th anniversary celebration, we are highlighting 30 years of different industries in each issue. This month, we feature the health spas that helped shape Hilton Head Island, Bluffton and the surrounding Lowcountry.

What the island didn’t have was a full-service spa, not a single one.

That all changed when a Sea Pines Plantation executive approached local businesswoman Beverly Martin (then O’Connor) with the idea of opening up a dedicated spa inside the island’s first gated community.

“They were trying to keep Sea Pines as the No.1 vacation destination, but it had no spa, only a tiny hair salon in Harbour Town,” she said.

At the time, Martin successfully owned and operated seven hair salons scattered around the island, one of which was at the old Intercontinental Hotel, which is now the Westin.

“I had to sit down and really think about it, because it was going to be a big undertaking,” she said. “I had to completely build it up…and design the whole thing.”

The two parties struck a marketing and business deal, and Martin opened LE Spa at The Shops at Sea Pines Center 23 years ago.

It wasn’t until seven or eight years later that LE Spa had its first competitor, FACES. Now, of course, the spa industry is vibrant on the island and in Bluffton, with more than 30 offering an assortment of spa services.

These days, clients can expect to unwind in private treatment rooms, steam rooms, tubs, tanning stations and be pampered with body and massage treatments, facial treatments, makeup and makeovers, and salons for hair, nails, hair removal and waxes. 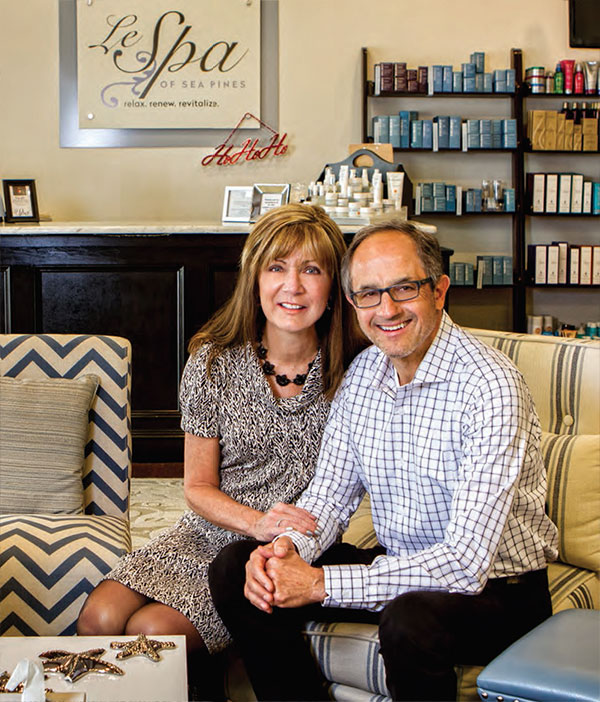 The Shops at Sea Pines Center

Martin’s spa operation prospered, and she grew its space and expanded about five years ago. But a few years ago, she saw her future and decided, “I was tired of having too many bricks in the backpack.” Now at the age of 72, she owns just two salons, and is back at work “behind the chair cutting, styling and coloring.”

She sold LE Spa in December 2014 to Michael and Karen Sileck and believes “it will continue to be better. I’m a dinosaur when it comes to internet and marketing, and they are very savvy.”

Michael brought his 25-year business background in technology and his wife’s organizational expertise and health and beauty experience to Sea Pines in 2009.

“We wanted to do something together,” Michael said. “I liked the business model. I thought it played very well down here, and I thought it would be a fun model to work on with Karen. I thought it was a good investment for us.”

The Silecks and their 15-staff team have seen double digit growth after their first year. They reconnected with Sea Pines Plantation management and set a course of capturing not only the south-end island spa business, but outside the gates as well.

“We really liked the fact that it was the only spa in Sea Pines, and we really saw a rejuvenation going on in Sea Pines,” he said. “We also saw an opportunity to resume a partnership and relationship with Sea Pines Resort.”

“Sea Pines resort is a high-end operation so we had to make sure that our passion for service met and matched their same view,” he said. “And it did. They embraced us as their spa.” 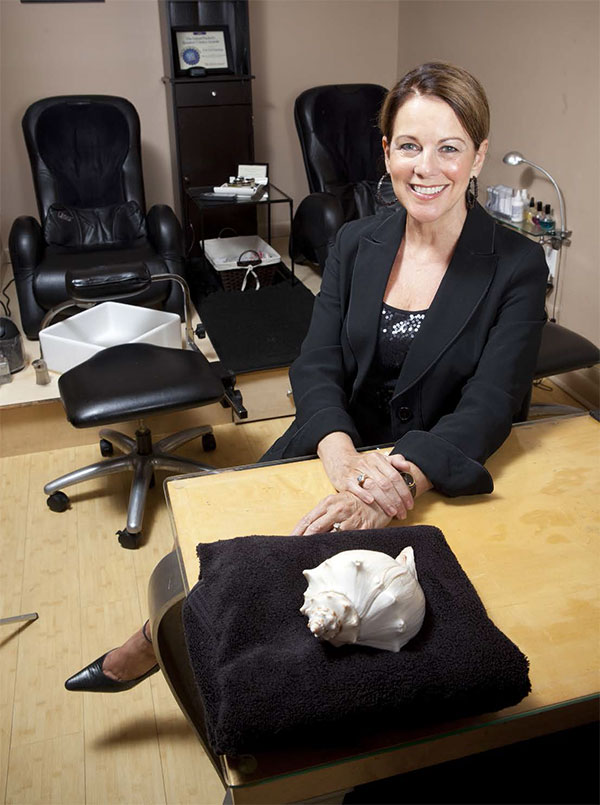 The Village at Wexford

Patricia Owen opened her retail clothing and cosmetics store of 1,200 square feet in 1983 in Heritage Plaza.

“We carried popular cosmetics, which was my background,” she said. “I worked for Estee Lauder. When we moved here, nobody had Estee Lauder, so we saw a huge opportunity to bring a premium cosmetic line to Hilton Head.” She then acquired the rights to the island’s only Lauder department.

“Of course, there weren’t any spas around here then,” she said. “In fact, I don’t think the spa movement had much begun in the United States at all.”

During its first 10 years in business, FACES was a self-admitted “mom and pop” operation. (She was the mom, and her husband Jay was the pop.)

In 1991, she installed a treatment room for facials and another private room in 1994.

“We weren’t really expanding; we were carving out a day spa out of the retail space, sitting room and dressing room,” she said.

FACES was a facial boutique and skin care spa at that time but not a full-service spa. Owen later hired a massage therapist.

“It wasn’t until 2000 that we were able to triple our space at Wexford Village,” she said. “We saw the success and thought maybe we should start doing more spa services.

“Now we have six rooms, two nail stations and two makeup areas, and that’s when we became what I would call a full-fledged spa,” she said. She has 30 employees on staff.

In addition to earning dozens of local, regional and national awards for service (facial, massage, manicure and pedicure), she also has amassed a trove of honors as an “award-winning business,” she said.

“We have raised everyone’s expectations,” the Midwest native said. “First-class every single day and every single time first-class service…we can’t have an off day ever.”

Owen credits her great management team who run their own divisions for FACES’ continued success providing “world-class service and products.” 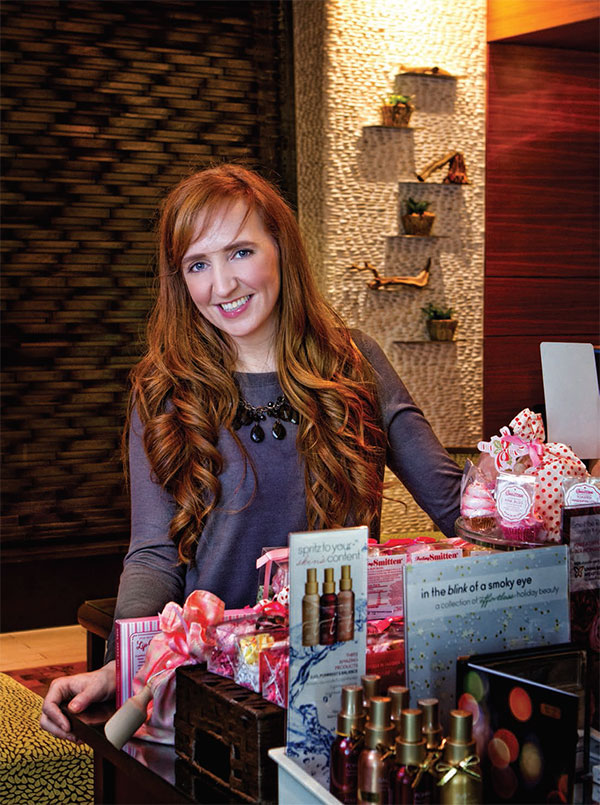 This four-star waterfront resort opened its first full-service spa on the U.S. mainland on Hilton Head in 2007. Terra Orndorff has been its director since 2014.

“They liked the concept of having spas to provide wellness to guests,” the Nebraska native said. “Westins are pillars of wellness…you can’t truly have wellness unless you have a spa to relax and help detox and do all those wonderful things.”

“We try to provide a journey, an experience,’ the 17-year industry veteran said. “It’s not just service they’re getting.”

What Orndorff calls the “ritual” begins in the full-retail boutique and proceeds into the 1,000-square-foot locker room replete with a sauna, steam room, Whirlpool and relaxation lounge.

Then the royal treatment begins, especially the Heavenly Spa Signature Series that sooths the spirit, rejuvenates the body and enriches the mind, she said. “It’s a service you cannot get anywhere else.”

“We’re the largest full-service salon and spa on the island,” she said. A full-time staff of 20 services clients in an 8,000-square-foot facility.