Hailey Niclaus was just 3 years old when she succumbed to childhood leukemia. Her strength still inspires

There is little more terrible darkness than when a parent loses a child. Those who have children know the animal instinct with which we protect our young, and the extraordinary lengths we will go to keep them safe. When that protection simply isn’t enough, when a monstrous force like childhood leukemia proves insurmountable, it can be devastating.

From that darkness, Hilton Head residents Eric and Kristen Niclaus are determined to shine their late daughter Hailey’s light, and in doing so guide others. 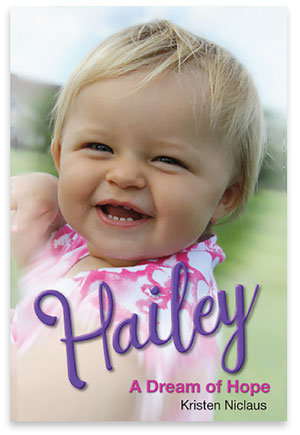 “She was so full of life,” said Kristen. “So funny, strong, mischievous… just a happy girl. Even when she was sick, we nicknamed her Happy Hailey.”

Hailey Niclaus had already conquered one battle before she was even born. An ultrasound technician by trade, Kristen was scanning herself during her pregnancy with Hailey when she caught what appeared to be a mass on her daughter’s lung. It would prove to be a congenital cystic adenomatoid malformation (CCAM), which Hailey would survive following extensive surgery on her lungs.

And then, one day as she was rousing her then-14-month-old daughter from a nap, Kristen felt something that would change everything.

“I felt a hard lump on the back of her neck,” she said.
“I went to her doctors, and they said it was nothing to worry about, but I just had this gut feeling something was going on.”

That gut feeling proved tragically accurate, as an MRI later proved Hailey had Acute Myeloid Leukemia (AML). An insidious form of the disease, AML starts in the bone marrow before spreading aggressively through the blood where it begins deteriorating everything from the nervous system to the liver.

“It was sheer panic and fear,” Kristen said of receiving the diagnosis. “But from the beginning, Hailey was just a fighter.” 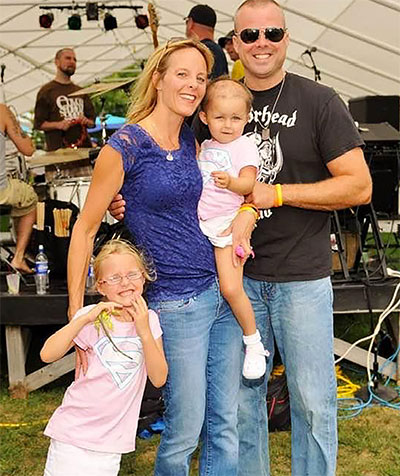 An initial treatment consisted of four month-long inpatient treatment stays, at the end of which Hailey appeared to have gone into remission. Six months later, the Niclaus family was pulled back into the fight.

“Her eyes started crossing and she was sleeping a lot,” said Kristen. “That was our cue that something was going on. We found out the cancer had come back and this time it was in her head. It was still AML but had traveled to her optic nerves.”

This time, Hailey underwent a bone marrow transplant and extensive hospital stays, something that proved difficult for the family that now called itself “Team Niclaus.” Not only did it mean spending time in the hospital, it meant spending time apart from older sister Brooke.

“Brooke would stay in the hospital overnight with us sometimes, but if Hailey counts were low, she’d have to go. We missed a lot of Brooke’s life while she was with her grandmas,” said Kristen. “We included her as much as we could, so she was not left in the dark… but Brooke was just as amazing and strong. She is the most resilient, strong, amazing girl.”

Another difficulty was to explain to a young child not yet 3 years old why she was spending so much time in the hospital. 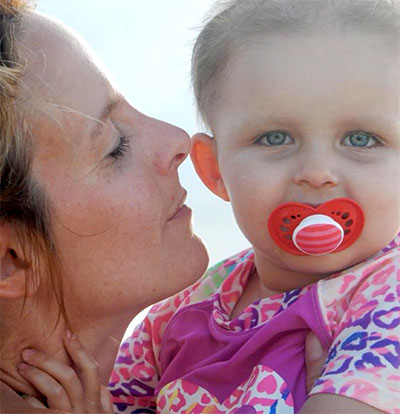 “I could just tell she understood more than what she could express. But again, her strength was amazing,” said Kristen. “We’re still in touch with quite a few members of her team, in fact one of her oncology nurses has become one of my best friends.”

Despite her strength, despite the best medicine and treatments, and despite beating the odds in finding a perfect match on the bone marrow registry, the challenge proved too great for young Hailey. On December 6, 2014, at just 3 years of age, Hailey passed away in her home surrounded by family.

“She was a baby, but she took it on like no other human being I can even imagine,” said Kristen. “The strength she had; I just can’t put into words.”

But Hailey’s story doesn’t end there. During her stay at the hospital, while she waited by her daughter’s side, Kristen wrote. Partially as a way to keep friends and family informed, partially as a form of therapy, Kristen wrote post after post on a Caring Bridge website. Now her writing has been compiled into a book, titled, “Hailey: A Dream of Hope.”

“Our goal is to help one person or one family or one child going through this, so they don’t feel so alone. It’s a very lonely existence when you’re going through all of that,” said Kristen. “We couldn’t save her. We tried like hell and did everything we possibly could. So, if we can help another family somehow, then the book is worth it.” 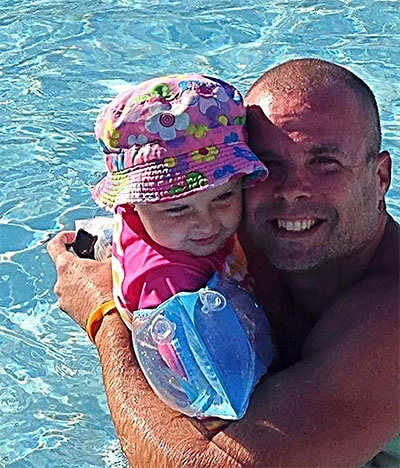 Proceeds from the book, and special events Kristen holds throughout the Lowcountry, go to The Hailey Niclaus Fund at Hope and Heroes to help other children have a chance in this terrible fight.

“Childhood cancer is way underfunded; there’s so little money that goes toward research,” said Kristen. “More research needs to be done to keep families from going through this.”

To learn more about the initiative and September is Childhood Cancer Awareness Month, visit tinyurl.com/HaileyFund.