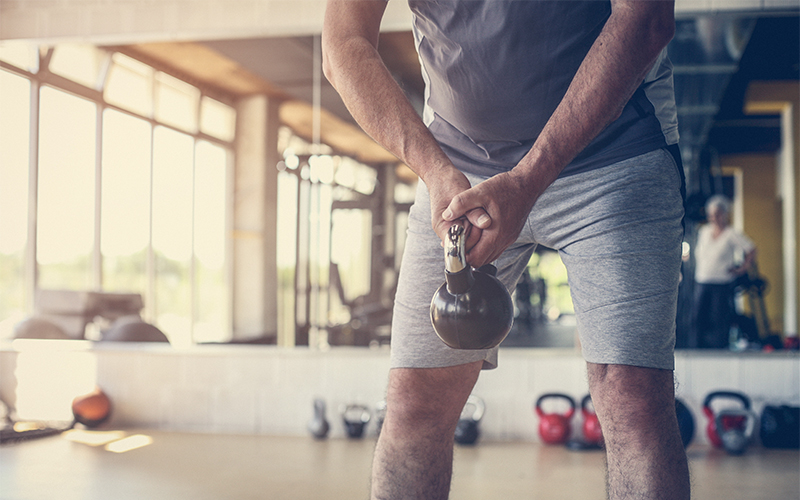 A Swedish study of 22,227 heart attack survivors tracked their physical activity for a year after recovery and found that those who recorded “increased activity” had a 59 percent lower risk of dying over the next four years compared to people classified as “constantly inactive.” In addition, the “constantly active” group had a 71 percent lower risk of death than the inactive group.

Even those with a moderate level of exercise showed a 44 percent lower risk of death than survivors who were constantly inactive, indicating that even a simple walk around the block can have huge benefits for heart health.

Every year, millions of people in low-income nations die because they can’t afford a pacemaker or implantable defibrillator. And every year, tens of thousands of these devices are thrown away, often after a patient dies or replaces their device. But the My Heart Your Heart program at the University of Michigan hopes to put the discarded defibrillators to new use.

Many pacemakers, which help manage irregular heartbeats and classified by the FDA as “single-use devices,” have up to 10 years of battery life remaining after they’ve been removed from patients. The nonprofit My Heart Your Heart program is collecting discarded pacemakers and defibrillators from patients, hospitals and funeral homes, and then working with the FDA to properly sterilize them so they can be returned to service.

Clinical trials are underway overseas to see how the recycled devices perform once they’ve been implanted in new patients to broaden the reach of the devices.

You might think you’re doing all you can to ensure a healthy heart — you watch what you eat, you don’t smoke, you monitor your blood pressure. But are you taking care of your thyroid?

Located at the base of the neck, the thyroid is the unsung hero of the human body, releasing hormones that control every aspect of your body’s functionality. And that, scientists say, includes your heart. A new study from the University of Pennsylvania has linked two thyroid disorders — subclinical hypothyroidism and low T3 syndrome — to deteriorating conditions in those suffering from heart failure.

According to the study, patients with subclinical hypothyroidism or low T3 syndrome and who also have been diagnosed with heart failure are more likely to require either a mechanical pump or heart transplant during their lives, as well as have a higher risk of death than heart patients without thyroid disease.

In 2013, the American Heart Association recommended that doctors test thyroid hormone levels in all patients with heart failure; however, those guidelines don't define abnormal thyroid levels or give specific advice for treating heart failure patients with possible thyroid problems.

High blood pressure is called the silent killer for a reason – it can go undetected for years, right up until the moment it causes a heart attack or stroke. Regular visits to your doctor can help you monitor your blood pressure, but now there’s another way to keep an eye on it.

The American Heart Association recently published a piece highlighting the work of Dr. William White, an optometrist who has begun checking for signs of high blood pressure in his patients’ eyes.

“We can see changes due to vascular conditions caused by diabetes or hypertension,” White said. “The blood vessels in the retina can become a little more stiff and hardened. They'll push on each other and cross, like two hoses in a confined space.”

White’s work follows in the footsteps of a landmark study that checked about 2,900 patients with high blood pressure for hypertensive retinopathy — damaged blood vessels in the eye due to high blood pressure — and then tracked them for an average of 13 years. The study found that those with a mild form of the condition had a 35 percent greater risk of stroke. That risk increased to 137 percent for those with moderate or severe hypertensive retinopathy.

A new study into caffeine and herbal energy drinks has found that they might help you cram for a final or stay up all night, but they aren’t too good for your heart.

The study looked at the effects of energy drinks on the blood vessel functions of 44 healthy medical students in their 20s, checking the test subjects before and 90 minutes after consuming a 24-ounce energy drink.

Preliminary results showed that the drink reduced the ability of participants’ blood vessels to dilate by half. When blood vessels dilate, the flow of blood increases as vascular resistance decreases, lowering blood pressure.

Researchers say the recorded negative effects aren’t just from the high levels of caffeine in energy drinks — these drinks also often contain ingredients like taurine and guaranine in levels that are sometimes 10 times the recommended daily amount.