“Later, my doctor told me that telling a patient he has only a few months to live is a risk,” he said. “Some people just lie down in bed and don’t do anything more. They give up.”

Not knowing the extent of his condition meant Christian — a self-proclaimed optimist, businessman and avid golfer — kept travelling for work and pleasure. He also skied, sailed and walked 18 holes when he played golf. But over time, despite pacing himself, following dietary recommendations and taking medication, his heart continued to deteriorate, severely restricting his life. He couldn’t climb a flight of stairs. His skin took on a bluish tint. 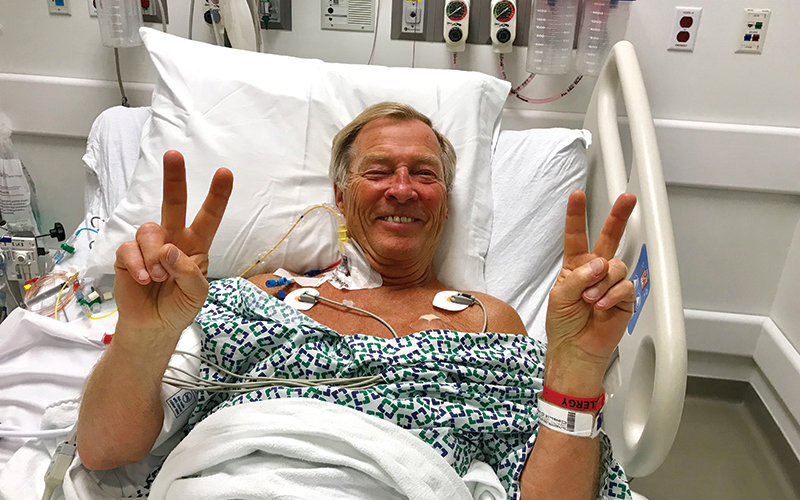 By then, the couple had scrapped plans to relocate from Cleveland, Ohio, to Hilton Head Island because Christian needed to be near the Cleveland Clinic, a world leader in thoracic medicine.

His situation grew more urgent on Thankgiving 2017, when he collapsed during a dinner with friends, slumping over in the lap of the wife of cardiologist Dr. Per Wierup, a fellow Swede.

Luckily, a medical device implanted in his chest delivered a jolt of energy. The implantable cardioverter defibrillator saved his life and allowed the friends to joke about the incident later. Christian was embarrassed, but Wierup told him, “Don’t worry. Many men have fallen for my wife.” 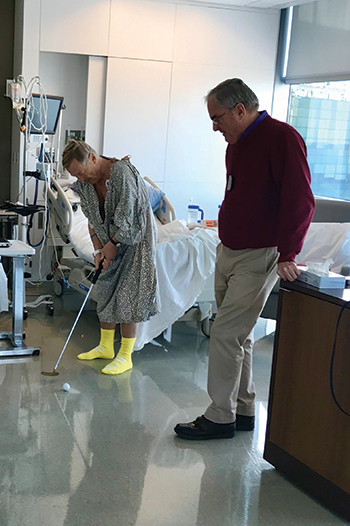 After all, group agreed, you can’t be any luckier than having two cardiac surgeons sitting next to you when you go into cardiac arrest — the dinner was hosted by cardiologist Dr. Gosta Peterrsson.

Christian was placed on the list for a heart transplant, but he wasn’t a top priority.

“A heart transplant isn’t something you look forward to,” he said. “I told my doctor, ‘I hear you. I’ll consider it.’”

In February 2018, Christian took a turn for the worse. He went into cardiac arrest on a Sunday morning while he was reading the newspaper at home. This time his ICD wasn’t up to the task. His daughter called Peterrsson — who hosted that fateful Thanksgiving dinner and who lived nearby — and his wife called an ambulance.

Peterrsson arrived a minute and a half before the ambulance and began CPR.

“Basically, I died and he brought me back,” Christian said.

He was rushed to the hospital and admitted. Due to the nature of his condition, Christian was moved to top priority on the heart transplant list and told he would remain in the hospital until a donor heart became available. The time he spent there was highly stressful.

“One day I came to visit him in the ICU and he wasn’t there,” Marianne said. “I almost fainted because usually this means only one thing. I didn’t know he had been moved to a private room.”

After a week in the hospital, a donor heart was found. The transplant was performed without complications, and 10 days post-surgery, Christian went home. 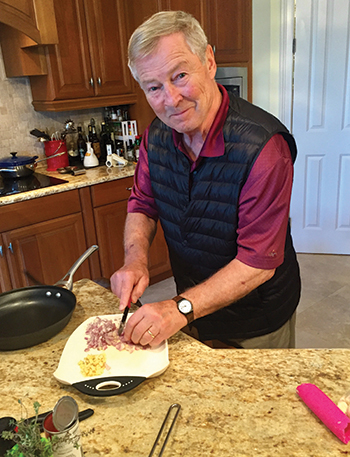 His recovery included a weeks-long quarantine followed by physical rehabilitation, as well as a new lifelong medication regime that includes an immune suppressant and a steroid.

But the results were worth it.

“I feel 15 years younger,” Christian said. A year after surgery, he is back to playing golf, and in a few weeks will leave for international trips that include both sailing and skiing.

Frequent visitors to Hilton Head, Marianne and Christian were in the Lowcountry recently, riding bikes and enjoying fresh seafood. Once he doesn’t need to be close to the Cleveland Clinic anymore, they may again consider moving to the island.

To other patients who have been told they will need a heart transplant, Christian has words of encouragement: “When you get the new heart, all the ailments that you’ve had disappear. That’s the good news.”