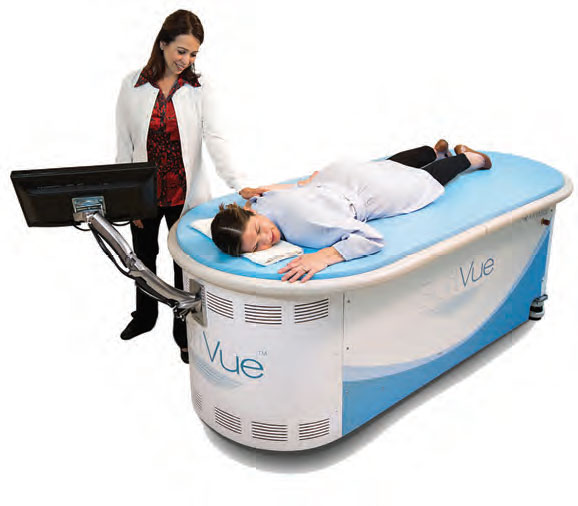 While mammograms have been the go-to technique for years to identify abnormalities in women’s breasts, a new national study with a local test site is exploring another tool that may also prove useful.

SouthCoast Imaging Health Service, which has offices in Savannah and on Hilton Head, is part of a national study of a whole-breast ultrasound machine to see if it is a better option for women with specific types of tissue that are more prone to developing breast cancer.

SouthCoast is one of eight sites chosen to test a new process that combines mammography with the SoftVue whole breast ultrasound system. The first breast cancer found using the new system was at the Hilton Head location of SouthCoast, said Patricia Shapiro, the imaging center’s radiologist and principal investigator.

“We knew there was a breast cancer there, we knew it, but none of us could see it — that’s how dense this woman’s breast was,” Shapiro said. “But you could see it easily on the SoftVue … It’s very interesting. It would be the holy grail if they can make it work.”

The study goal is to enroll 10,000 women in the trial. The focus is on women with dense breasts because the higher the density, the more at risk a woman is to getting breast cancer. In the past, density also made seeing cancer tumors extremely difficult.

“With fibrous breasts, it’s like trying to find a tree in the forest or a snowflake in a blizzard, and we don’t see them,” Shapiro said. “It’s hugely important to try to catch breast cancers early because if we catch them early, in Stage 0 or Stage 1, they are 100 percent curable.”

Ultrasounds have been used in the past to examine abnormalities detected through a mammogram; but the SoftVue machine scans the entire breast at one time, leaving less room for error and giving a more complete picture of the tissue inside.

Another option in the past has been to use an MRI, but these often are expensive, and most insurance companies don’t cover this use. The new ultrasound technology is less expensive.

“We would be extremely excited if this technology really works and really took off,” Shapiro said. “That’s a big difference if you could pick up two, three or even four more cases of breast cancers early.”