AN ALZHEIMER’S DIAGNOSIS CAN BE DEVASTATING FOR BOTH PATIENTS AND FAMILIES ALIKE.

When Cathy Gustafson returns home after painting or coloring at Memory Matters’ day program, she is eager to show off her creations to husband, Ron. Ron, who’s been with Cathy since they were 14, always admires the artwork, happy to see her smile and enjoy herself.

Inwardly, though, his heart breaks anew for both of them.

“This is a woman who graduated from college,” he says wistfully of Cathy, 69, who was diagnosed with Alzheimer’s disease in 2013. The couple moved to Hilton Head Island in 2014 and have been using the services at Memory Matters ever since. “It’s worse than cancer, this disease.”

Alzheimer’s can have a catastrophic effect on families, and its destruction is spreading thanks to an aging U.S. population. More than 5 million Americans are now living with Alzheimer’s disease, including 86,000 in South Carolina. It is the sixth leading cause of death in the U.S. and in South Carolina, which has seen a 122 percent increase in Alzheimer’s deaths since 2000.

“These are devastating statistics,” said Karen Doughtie, assistant executive director of Memory Matters, a local nonprofit group aimed at assisting those suffering with all forms of dementia as well as their caregivers — like Ron — who must deal with the emotional, physical, mental and monetary burdens that eventually accompany an Alzheimer’s diagnosis.

Celebrating its 20th year, the nationally recognized group formerly known as Alzheimer’s Respite & Resource, has a staff of 12 and a volunteer base of 70 who support hundreds of families dealing with all forms of dementia through hot line calls, support groups, and counseling. About 65 peope attend the day program, which is five days a week. The group’s day program includes a wide array of activities and interactions with specific goals for its clients.

“We understand dementia, we know how to keep people engaged,” Doughtie said. “Our activities are designed to stimulate socialization and creativity. We are not baby sitters; that’s why our caregivers can leave and know that their loved one is having the best brain day they can possibly have.”

And those few hours of escape from the tough job of caring for a loved one with dementia are essential to a caregiver’s own health. 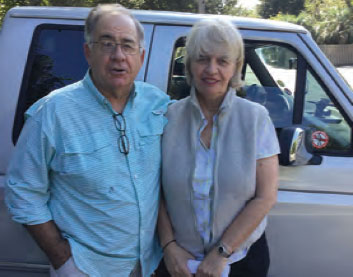 “I don’t think people realize how devastating this is for all the family members, not just the person diagnosed but even more so the caregiver; they’re exhausted,” Doughtie said. Ron Gustafson uses part of the time Cathy spends at Memory Matter’s day program to attend sessions of the organization’s caregiver support groups.

“These support groups are very, very important,” he said. “We really, really help each other. It helps me keep my mind together.”

While researchers are working to learn more about the disease, currently there is no cure for Alzheimer’s. Much of today’s research is focused on identifying biomarkers for the disease, which could significantly aid in early diagnosis and treatment. Many in the science and medical fields believe that early intervention offers the best chance to slow the disease’s progression. 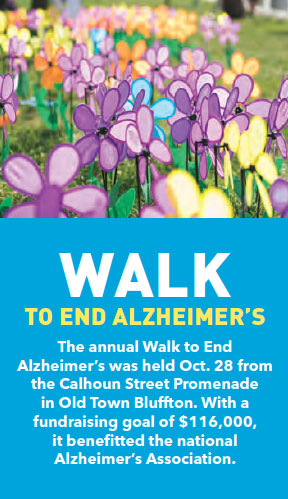 Memory Matters offers free memory screenings for anyone concerned about dementia or who would just like to establish a baseline of their current brain functions.

“People are coming into Memory Matters, getting that baseline tested, getting familiar with our services, and not having this fear of having any type of dementia,” said Debbie Anderson, Memory Matters’ community education director.

And when dementia does come knocking on a family’s door, the organization is there to provide clarity and caring.

“The integrity of the staff at Memory Matters is beyond reproach,” Ron Gustafson said. “They have total respect for the dignity, the care and the well-being of all the people who come through those doors.”