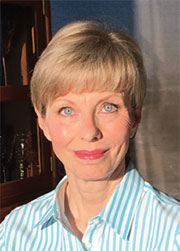 “I would like to see Memory Matters be on the front end of hope in helping people think about what can we do to maintain brain health,” says Sheila Strand, who started the job this month after moving to Hilton Head Island from Kansas City, Missouri. Strand was principal of Strand Communication Strategies and will replace outgoing Memory Matters executive director Edwina Hoyle, who is retiring Feb. 28.

Hoyle says she’s leaving the organization she has led for the past 12 years in good hands.

“She’s going to bring new energy, new vision,” Hoyle said of Strand. “… I think she’s going to be amazing and lead us to the next chapter of Memory Matters’ evolution.” 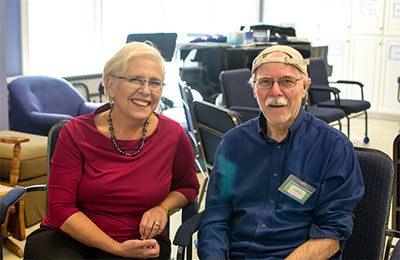 Memory Matters started in 1997 at St. Luke’s Church on Hilton Head Island as a way to give caregivers a break from loved ones who suffer from Alzheimer’s disease or dementia. The local nonprofit group now offers a broad range of services from its headquarters at 117 William Hilton Parkway on Hilton Head, including community education and training on how to maintain a healthy brain and how to treat people who have dementia.

Strand joined the organization Jan. 1, starting her tenure during Memory Matters’ 20th anniversary. She has served in management for national, regional and local nonprofit health care organizations. She earned a bachelor’s degree from Drake University and a master’s degree from John Hopkins University.  Her husband, Peter, recently retired from practicing law. They have two grown sons.

Strand says she’s excited about developing ways to raise greater awareness of dementia and how to prevent it.

“I’m thinking about a lot of different ways to really help the community understand how each person can be responsible for their brain health,” she said.