Competition is at the core of Katie Maxwell’s DNA. She has ridden horses for four decades and is now training riders to pursue Olympic-sized dreams at nationwide competitions. 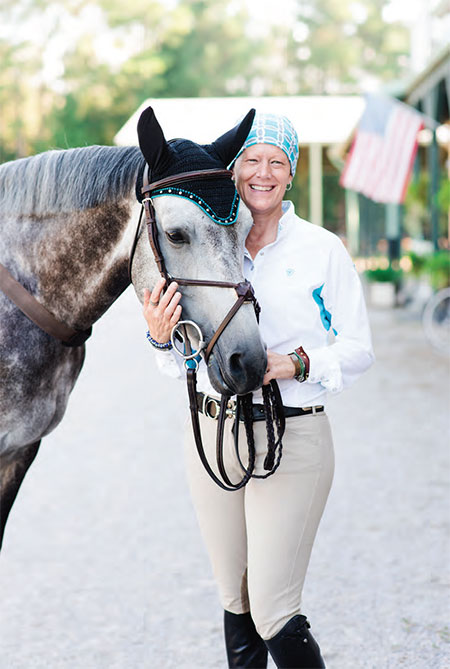 For the past 48 months, the head trainer at Rose Dhu Equestrian Center has been fighting a draining, non-stop battle against an enemy she never saw coming and can’t find a way to beat. She has regularly made the 10-hour round trip between Bluffton and Chapel Hill, North Carolina, receiving chemotherapy treatments in continuous succession to eradicate her late-stage peritoneal cancer, a cousin of ovarian cancer. She has had multiple surgeries to remove cancerous tissues, riding a roller coaster of diagnoses all while parenting her kids with husband Mark and running a business.

She knows that because the cancer was not caught soon enough, she’s constantly fighting from behind. No one would blame her for slowing down, for focusing solely on her battle. Instead, the 44-year-old has chosen to simultaneously wage her personal war on her late-stage cancer and start a charity focused on educating others about the power of early detection.

“I’m a former ER nurse with no family history of cancer, so I wanted to learn all I could,” Maxwell said. “There’s not a lot of information for people who don’t have the family history. Even as a nurse, I figured, ‘Oh, doctors have the answers.’ But they don’t. That’s why being as proactive and involved in your own care is so important.” 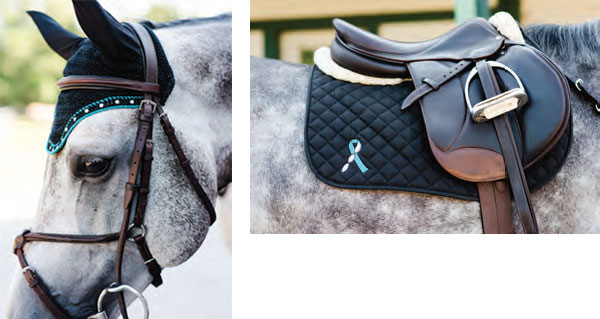 That’s the message that Maxwell spreads through Teal It’s Gone, the charity she founded to promote genetic testing and bring the cost of those tests down to a manageable cost. The charity is a word play on the teal ribbons that represent ovarian cancer survivors.

“I’m a fix-it person, so I researched it and researched it and realized that genetics is the key. One swab of the cheek can give you information to get ahead of tragedy,” she said. “Cancer is hell on Earth, and the simplest thing I can do is try to make people less afraid of it.” 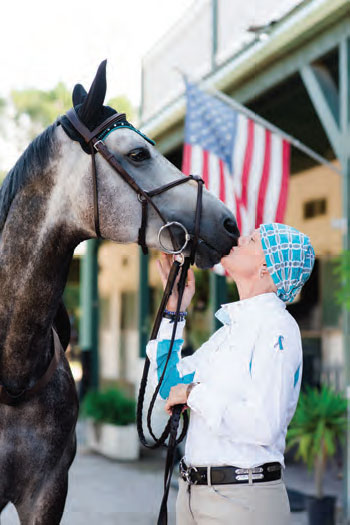 The idea behind genetic testing is easy enough to understand. It gives people their DNA profiles to let them know if they have the markers for different kinds of cancer and disease. The problem comes with the not wanting to know.

“Most people don’t want to know. They don’t want to face tough truths,” she said. “But we’re spreading the word, letting folks know that knowledge can lead to beating cancer, detecting it early and getting into remission quicker.”

That remission has sadly not come for Maxwell. She, Mark and her kids are fighting a number. They are looking for her CA125 count to go to zero. There have been times when that count has been in the 1,000s, and times where she has measured in the 40s. But each time she stops chemo, the number spikes. She’s currently in the 300s and beginning a more aggressive cycle of eight treatments.

Through it all, she continues a rigorous training schedule for her students and rides seven to 10 horses a day herself. 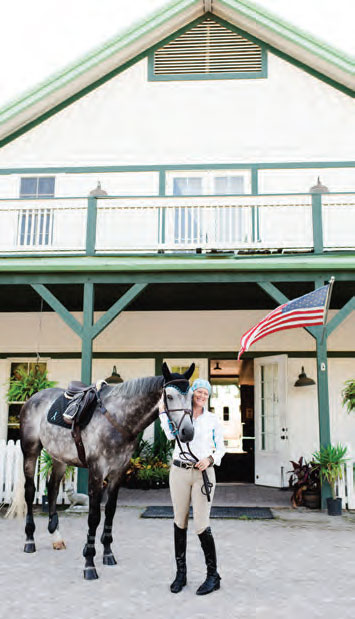 “Cancer will not silence my passion, and it’s made me so determined to show others that there is hope even in the darkest moments,” she said. “Testing is scary, and I get that. But there was a time when no one knew their cholesterol level. Now it’s a common test, something we get out ahead of. Testing has singlehandedly nearly wiped out AIDS. So that’s what we hope for with genetic testing.”

The tests have cost over $4,000 in the past, but Maxwell has worked with Kailos Labs in Alabama to get the costs as low as $125, and hopes to get the price even lower to make genetic testing common among college students. One test screens for 21 mutations that have been linked to an increased risk for certain cancers. She made her two children get tested — and the results were one of the highs in her journey.

“They both tested negative” for the mutations, she said. “This monster stops with me. My husband and I have learned to keep level when news comes. There’s no good or bad news, there’s just news. But this news, it was so welcome.”

Her support group is strong, led by her mom, 71-year-old former nurse Chickie Brown. She and Maxwell’s 75-year-old father, Bob, moved from Landrum to Hilton Head Island to be by her side. Her longtime assistant, Lauren, is just invaluable — taking her constant, insomnia-driven ideas for growing Teal It’s Gone and putting them into action. 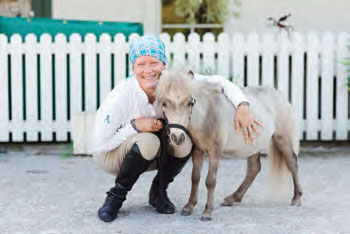 Maxwell is trying to rebound from a recent low in her treatment. She is in need of a blood transfusion. Her bone marrow is trashed from the endless chemo. There was a time late last year when family feared the end was near, when she stopped her 13- to 15-hour work days, took a weekend off from horse shows, eased her long-term thinker mentality and lived one foot in front of the other, like she trains her horses.

“The bills are relentless, we’re constantly thwarting off five bill collectors a day. But my sister got me to Italy to see my favorite band, U2,” she said. She and Mark saw them in Turino, then traveled to Florence, Rome and Venice. Likewise, she and Mark found a way to send their 15-year-old daughter to Ireland this summer to ride and train horses.

“Mark is always telling me, ‘Stop it. Sit in that chair and relax.’ And I’m listening more,” she said.

But she’s as tireless as ever in growing Teal It’s Gone, in her business and in fostering visiting teen pupils at her house. Maxwell and her family spread the word each weekend at horse shows. She recruits riders to wear “Get Tested” saddle pads in the show ring. She had a “Friend-Raiser” in late August, featuring cocktails and hors d’eouvres and information to be shared with friends to recruit them to spread the word. 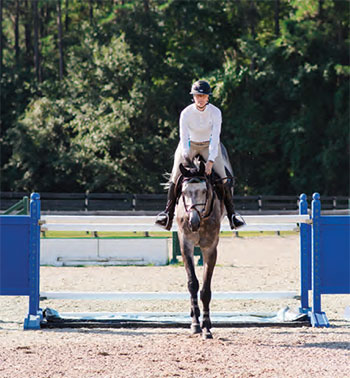 Her dream has been to be affiliated with Stand Up to Cancer. Even though it is largely a research-focused organization, she believes Teal It’s Gone can be a community outreach arm of the charity.

When she sent her son Evan to business school at University of Southern California, she joked with her son to get her a contact with Stand Up to Cancer. He did one better.

“He got me in touch with the founder, Sherry Lansing, and now we’re forging a relationship,” she said. “I’m so proud of my son and so excited, I can’t take it.”

Maxwell is building a long-term future for Teal It’s Gone as she focuses on simply being there for life’s milestones — high-school graduation, college, marriages, grandkids.

She said her biggest challenge is turning intention into action.

“I hear, ‘Oh, we’ll get tested.’ I need to turn that into tests being done,” she said. “I’ve lived my life in an ultra-competitive business, plowing through, head down. My head is up now. I enjoy sunrises, I call my kids more now and I breathe.

“It’s what I want for everyone,” she said. “I want to prevent people from ever having to worry about missing milestones because of cancer.”

For more information and to get tested, visit www.tealitsgone.com.