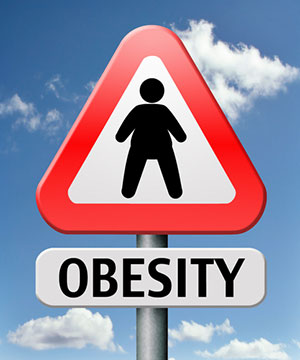 Over the past decade, we’ve had a mind-boggling increase in what is fast emerging as the most serious and costly health problem in the U.S.: morbid obesity. About 35 percent or 72 million American adults are obese, and of that number, 7 million adults are morbidly obese, a health condition which substantially raises the risk of mortality (death) and morbidity (chronic disease).

The rate of obesity has increased by almost 25 percent but the rate of morbid obesity has grown even faster: people with a Body Mass Index (BMI) over 40 increased by 50 percent. Perhaps most alarmingly, people with a BMI over 50—extreme obesity—grew by 75 percent, three times faster than the rate of obesity. Our children are not immune from the epidemic; we’ve seen a 300 percent increase in overweight children. Obesity-conditions are the fastest growing cause of death, and the second leading cause of preventable death in the U.S.

Over 75 percent of the planet doesn’t have high rates of obesity or vascular disease because their traditional plant-based diet doesn’t put them at risk. Our market-driven economy, advancing technology, processed food diet and ancient genes have collided in such a way as to create a lethal environment for our health.

Western nations have replaced age old malnutrition and infectious disease with the epidemic of obesity.We are in the middle of a health crisis that may have profound health effects for decades to come. Unlike a viral epidemic with natural enemies, the obesity epidemic has powerful allies in the industrial food chain to keep it going all the way to the graveyard. People who are obese have a 50 to 100 percent increased risk of premature death from all causes, according to the U.S. Department of Health and Human Services. Sadly, our children will suffer the most.

Obesity, even in children, is an independent risk factor for vascular disease.Today adolescents and teens, in particular, are eating large amounts of high-caloric, artery-clogging fast food. Restaurant food makes up 50 percent of the meals families eat in a year. The saturated fat in these rich foods doesn’t satiate us as quickly as fiber-rich whole foods, which means we may end up eating larger portions to feel full. Consuming too many calories puts the body into a state of oxidative stress—the body cannot use all the extra fuel. And because the liver cannot break down the extra load, blood sugars, blood fats and blood pressure all increase, adding fuel to the fire of vascular inflammation.

An increasing amount of scientific evidence points to obesity as an inflammatory condition. For years, doctors and scientists were aware of a relationship between obesity, insulin resistance, and vascular disease, but they couldn’t pinpoint a mechanistic link. New research suggests that abdominal fat may be the culprit.

We used to think that fat was benign, just a despised consequence of cheeseburgers and French fries. Today we know that fat can be toxic, spewing out substances that contribute to hypertension, insulin resistance, diabetes, dyslipidemia, depression, vascular disease, and other illnesses, including several different types of cancer. The illnesses may not be perceptible today. As the eminent surgeon and nutritionist Caldwell Esselstyn, Jr., M.D. noted, “Sometimes it takes decades of self-imposed damage before symptoms develop.”

Within the past three decades of our ever increasing waistlines, the scientific view of belly fat has evolved from a storage bin for excess calories to adynamic organ called the “omentum” (Latin for apron) which releases hormones and inflammatory substances into our bloodstream. These bioactive substances affect metabolism and weight, and promote the risks of many illnesses linked to vascular disease. Today doctors and researchers believe that obesity and waist circumference are two of the most powerful predictors of mortality. People with an apple versus a pear shape face even higher risks.

Our biological destiny is to store fat. The omentum—an apron-like web of fat that hangs down in front of our large intestine—evolved as a fat depot to support our ancestors during periods of famine. Thousands of years ago, “thrifty genes” were also necessary for our ancestors’ survival when they had to hunt and forage for food and didn’t know when we were going to eat again. Thrifty genes improve our natural energy stores by retaining weight in the omentum, buttocks and hips, but have become a liability today. When we’re under stress and overeat, the omentum is the first place we gain weight. Conversely, belly fat is the first place we lose weight.