After his father committed suicide three years ago, now 12-year-old Blake Lutz wrote, “He always loved me and I always loved him. … I’ll never understand why he did what he did, and I never will. …

“Love” is the key word here. Because despite the tragic death of his dad, Shane Lutz — a troubled man with substance abuse issues — Blake found a way to keep that love alive in his heart. 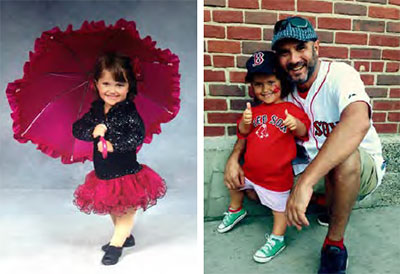 That is largely due to his mother, Jill Lutz, a woman with a smile that lights up a room. She has kept her family together and has somehow found a way to rise above the horror of Shane’s suicide and find good in the worst of situations.

And it’s not only his death that she has had to deal with. Her other child, adorable Brea, 7, a student at Hilton Head Island Elementary School for the Creative Arts, has achondroplasia, a bone-growth disorder that causes dwarfism.

“Brea's condition was caused by a spontaneous genetic mutation (one in about 30,000), just one more reason she is extra special,” Lutz said. “But there is nothing small about her personality.” 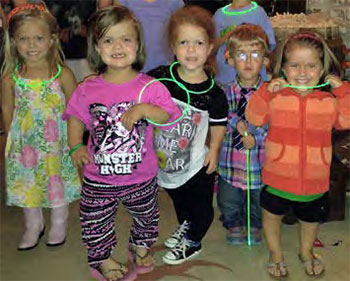 As she snuggles up in her mom’s lap in their cozy Hilton Head home, Brea giggles as Lutz explains that they call her “monkey” because “she likes to climb on Mommy.”

Despite her condition, spunky Brea is everything you would expect from a little girl. She loves soccer and dance — “Jazz is my favorite,” she said. Her favorite food is chicken “nuggies.” Her best friends are Quinn, Emma, Ella and Gabby (she had her first sleepover recently), and she loves princesses. She also likes to say, “In your face, sucka!” followed by a huge belly laugh.

While Brea is otherwise healthy, she recognizes that she will always be a “little person.”

“We were at a game in Boston and she looked at me and asked me if Blake was going to be a little person too,” Lutz said. “When I told her that he wouldn’t be, she started crying. But I explained to her that some people can’t see or hear and God makes everyone different. And I wouldn’t change a thing about her.” 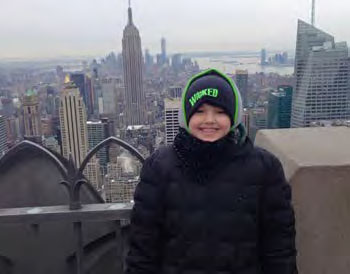 Lutz, who is originally from Virginia, moved to Hilton Head Island in 1999 after graduating from East Tennessee State University. She earned a master’s degree in education at the University of South Carolina Beaufort and taught middle school English for the Beaufort County School District for 13 years before resigning at the end of the last school year. She is now a health care recruiter at Coastal Medical Staffing and a registered yoga teacher.

And her schedule is made extra-busy with Blake’s many activities. In addition to playing football with his friends and his love of video games, Blake is a local celebrity.

He has performed in three shows at Main Street Youth Theatre: “Guys and Dolls,” “Holidays on Main Street” and as Pugsly in “The Addams Family,” and he recently wrapped up the role of Michael Banks in the Arts Center of Coastal Carolina's production of “Mary Poppins.”

A seventh-grade honor student at Hilton Head Christian Academy, he is also a musician. He began playing the alto saxophone in fifth grade and has performed with the Hilton Head Island High School band and has participated in the Saxophone Summer Camp at Columbia College and the Bob Masteller Junior Jazz Foundation Camp. 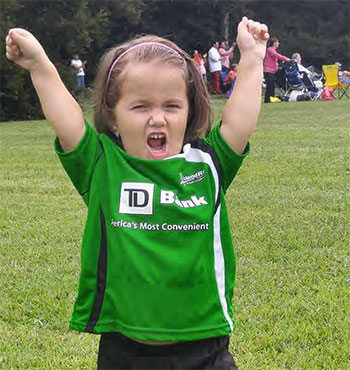 Blake's first love, however, is acting. He gets particularly animated when talking about the theater, sitting up on his knees and leaning forward with a twinkle in his eye.

Lutz also finds time to be active in Little People of America. “We even hosted an event here on the island last summer and will be hosting another in September,” she said.

She also serves on the planning committee for the South Carolina chapter of the American Foundation for Suicide Prevention's Out of the Darkness Community Walk. The 2015 walk, which was held in October, raised $33,000 for suicide prevention and counseling services.

So, while her husband’s suicide was devastating for her children, particularly Blake, Lutz said she is “has so much to be thankful for.” 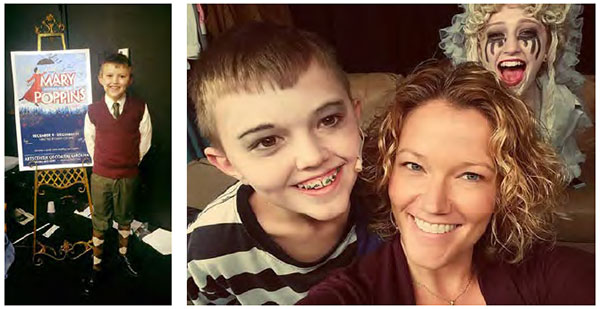 “Because of this tragedy, I am even more proud of the strength of my family,” she said. “Honestly, life throws us curveballs. I’m a very faithful woman and I know that everything happens for a reason. I have faith that we are in God’s hands.”

For more information on suicide prevention, visit the American Foundation for Suicide Prevention at www.afsp.org. 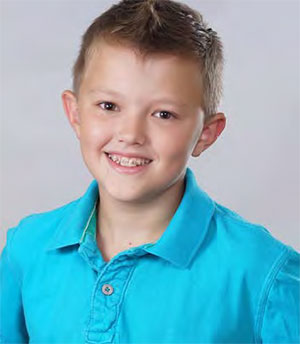 No one can ever prepare for what I had to go through that dark day.

My dad may not have been there for me all the time, but that did not mean that I didn't love him. If I could bring him back, I would. He had always thought that he could handle things on his own, even when he could not. He just wanted to be independent, even though that was not the best thing for him. He always loved me and I always loved him. Even if I was not good at something, he always found a way to make me better at it. I don’t care what anyone says about him or the way he acted or anything, he was a dad to me and only me. When my dad passed, he was such a big impact on everyone, and I feel like no one knew that until he was actually gone. I’ll never understand why he did what he did, and I never will. No one will.

Some days he would take me down to his work, whether that was Game World (when it was still here) or the golf course. At Game World, we always played arcade games with each other and talked trash about how we played. Whether it was shooting robbers or playing air hockey, we constantly had fun with each other. I had so much fun at the golf course. He would always let me drive the golf cart even though I was not allowed to because of my age at the time. Even though he had to work really hard some days, he always found ways to keep me entertained.

When you lose a friend, you feel heartbroken, but this was more than just a friend. This was my dad, the person I always looked up to, the guy I could have a man-to-man talk with.

A lot have people have tried to step up for me after my dad was gone, and they have helped me so much. I don't know what I would do without them, but it's not enough and it never will be enough. Loss is not just being sad, it’s nowhere near that emotion. Words can never describe the feeling. I can’t describe it on paper — no one is that good at writing — but here is what I feel. I feel as if this is all a bad dream that I am never going to wake up from, and I will have to deal with this bad dream for the rest of my life. Some days I just want to cry and nothing will ever make the tears stop. I feel that everything I do is for nothing, knowing that he will ever be there to see it. The one question I ask myself is, why? Why did my dad have to do this? Did he just want to hurt me? Because some days I feel like that's what he intended to do.

Someone may be sad and never show how bad it really is. I will never know what his last words were or why he did what he did. He never seemed like he was hurting; he always seemed so strong, but that’s why life can suck. You have it and then it's gone in a flash, whether you like it or not. When you're dead, you can never tell the people you love that you miss them and you will never know what they feel now that you're gone. Make sure that you tell people who are close to you that you love them, because you never know if you might see them again. Even if people don’t want help, help them anyway because that could be the decision between life and death.