For Ackeem Chambers, the act of cooking is something he feels truly passionate about, even if he fell into it completely by accident.

“It started with my grandma. She broke her arm at one point when I was 13 or 14 and I had to help her cook,” he said. “I grew a passion for it after that, began to love it so I made it a career.”

Growing up in rural Georgia, Scott Pearch came to view cooking not just as a way to create a delicious dish, but as a vehicle for bringing families together.

“Wednesdays and Saturdays I would cook with my grandmother, and grandma always had a table full of food,” he said. “And my dad was one of those home chefs who has every type of cooking appliance you can imagine.”

Being Hilton Head Island’s downtown for more than 60 years doesn’t just mean that Coligny is the premier place to shop, explore and enjoy the island. It is, in fact, all of those things, but if there’s one thing that more than anything else makes this south end treasure a true downtown — it’s the dining.

Tucked in and among the shops you’ll find any number of welcoming eateries to please any palate, from fresh local seafood to upscale pub fare and plentiful options for a quick and easy lunch. Every bite is a new delight at Coligny Plaza, where your appetite for something fresh and delicious is never more than a few steps away from being satisfied.

Fun fact about Chef Chris Carge: as a kid, he was a child actor, with his biggest role coming in Steve Martin’s film Parenthood.

As for his role in the culinary arts, that started in his hometown of Columbus, Ohio at the 5-Diamond Columbus Athletic Club. He and his wife eventually made their home in Hilton Head, with Chris working at various Italian and seafood restaurants. He had always wanted to join the SERG family, which he finally did as the Executive Chef at Black Marlin. He then went to Poseidon, where he became a partner, and now he oversees four SERG restaurants, including the newly launched and much anticipated Nectar Farm Kitchen.

For Chef Brad Blake it’s all about “thirst for knowledge.” He started in the business as a teenager and quickly rose through the ranks with a hunger for the “adrenalin rush of being on the line,” along with this quest to explore and learn.

“One of the beautiful things about this business is you get to explore and create things,” he said. “You get to be a scientist and an artist.” 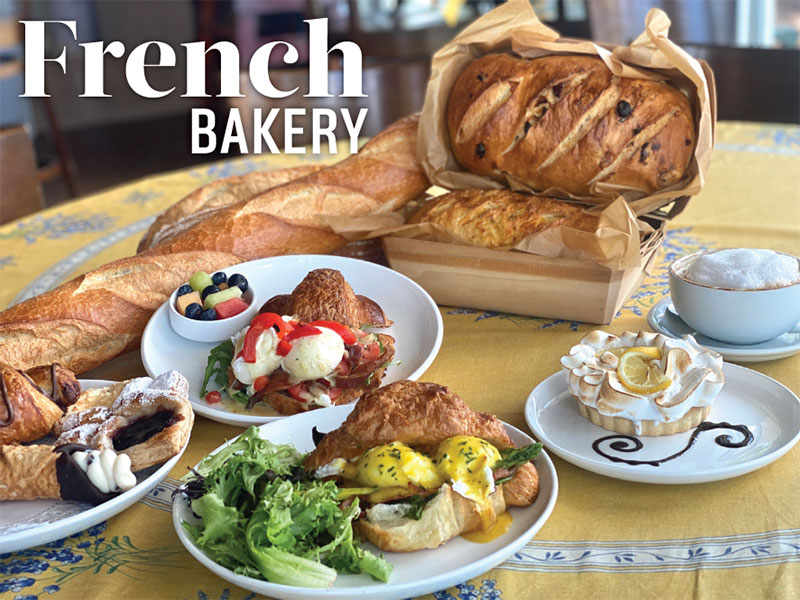