Josh Peeples is coming home, and he’s bringing the wine.

To Lowcountry residents' benefit, he’ll showcase his extensive collection of wines from his vineyards in the Napa Valley.

Peeples is always happy to return to his roots, “If I didn’t live here, I’d live there (Hilton Head),” he said.

Son of former mayor Tom Peeples and wife Mary Ann, he had the benefit of watching his parents give back to their community.

His mother sat on several charitable boards and earned the title of Volunteer of the Year from the Beaufort County school board. His father, who was Hilton Head’s longest-serving mayor, expanded past politics to give to the island through the Rotary Club and youth sports. That inspired Peeples to model his company on a culture of giving. 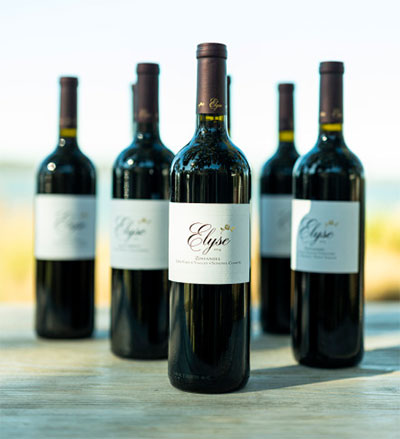 The ability to share great wine factored into this effort.

Elyse Winery and wine brands Addax, Institution, and Standard Deviation make up Peeples’ impressive portfolio. The companies routinely host wine dinners to support charities of their choice. They focus on non-profits that give large portions of their raised funds to their cause.

It’s typical for the winery to get three or four solicitations from non-profits a day, but Peeples makes sure that the funds are headed in the proper place. They annually support Uncork for Hope, the High Museum Wine Auction, the American Heart Association’s Heart’s Delight, the Triangle Wine Experience, the Animal Rescue Fund, the Lynn Cohen Breast Cancer Foundation as well as around 50 other regional charities.

This is only the beginning of their involvement which keeps Peeples busy flying around the country, “It’s using the allure of wine to make sure we support great causes."

Not only a fan of elegant dinners and wine pairings, Peeples is looking forward to the Pig Pickin’ and Oyster Roast held at the Coastal Discovery Museum (Feb. 25). His presence at the festival is not just about the culinary classes, local excursions, and incredible chefs. It’s more about seeing the people still in the area that he remembers from his youth.

“It’s one of my favorite things to attend because it attracts a lot of my friends who are still on the island,” he said. “It’s great, almost like a high school reunion.”

The Seafood Festival, set this year for Feb. 21-27, is certainly different now than its beginnings, Peeples remembered, “I grew up with David Carmines. The festival was a legacy that has lasted through my entire life. Most people forget that the first seafood festival was in the parking lot at Hudson’s. They’ve done an amazing job to scale this.”

Peeples’ entrepreneurial mindset has grown with his business over the years. His catalogue of wines covers many price points and varietals which allows flexibility for different events and needs.

The newest initiatives are Napa Cider, offering wine-infused hard cider and a canned wine business called Fancy Can. Peeples’ wine-making team also uses his operation to assist local winegrowers who lack the facilities to produce their own grapes. He sees the logic in that effort “We have more capacity at the winery as far as physical space and permits so we make wine for other people.”

He will use his products to provide whatever is needed for the 15th anniversary event. Peeples plans to participate during every bit of his trip home,

For more information on the festival, visit hiltonheadseafoodfestival.com.