Nothing evokes comfort and bliss better than Southern cuisine. Chefs and critics agree that every mouthful, from lowly to lofty favorite, is infused with taste, tradition, and history.

Take the deviled egg. The origins of this dish date back to ancient Rome. English settlers brought it to our shores, using the term “deviled” to note the addition of hot spices. DeepSouthDish. com applauds Southerners for their variations of this party staple and encourages the sprinkling of everything from horseradish to caviar to add a bit of flourish.

Leftovers are rare, which is why renowned chef Aaron Deal suggests, “A real Southern girl should own an iced-tea pitcher and a deviled-egg plate.”

Never overlook “the pâté of the South,” otherwise called pimento cheese. Pair this creamy delicacy with thin, crisp cookies known as Benne Wafers and you’re Southern to the core. Benne is the Bantu-word for sesame, which came to our shores from Africa in the 1700s, along with other crops like okra, eggplants, black-eyed peas, and watermelon. Olde Colony Bakery of Charleston has been selling this staple since 1940, which according to legend, brings good luck after eating.

“Southerners know how to do food right,” says EatThis.com, which translates to preparing things the old-fashioned way so flavors can seep through the entire house, luring the hungry to scorch their mouths on everyone’s favorite – just-cooked fried chicken.

Every local grandma knows the real secret to fixin’ this iconic dish is using a well-seasoned cast-iron skillet. Add a bit of creamy milk gravy and you have quintessential “good ole comfort food.”

During the Depression, coating anything in cornmeal and frying it became commonplace. Take your pick from local oysters, shrimp or catfish. Tuck them into crusty bread slathered with sauce and you’ve got yourself a Po’boy, long considered a rite of passage.

For something lighter, there’s always fried green tomatoes — juicy on the inside, yet crispy on the outside. Only rule: Thou shalt never serve them soggy.

Wash everything down with sweet tea. Proper protocol deems it appropriate for all meals and all ages, even toddlers.

The staple that stands alone is grits. Served as meal or accompaniment — with or without combinations of eggs, shrimp, or cheese — locals never tire of its various incarnations. Rick McDaniel, author of “Irresistible History of Southern Food,” says it produces a “warmth that transcends temperature,” making you feel good, safe, comforted and loved.

But beware: the instant, unbuttered variety is an old remedy for getting rid of unwanted guests.

Tossing a bag of pre-cut greens into a recipe that calls for basil doesn’t make it “Southern.”

For collard greens with pot liquor (the broth after cooking), Fowler says it’s the ritual of cleaning and prepping each individual leaf, rolling those leaves like a cigar before cutting them crosswise, and cooking them slowly that makes them so deliciously distinct. Throwing in a bit of salt pork does wonders, too.

“Recipes that endure” sums up the philosophy at SouthernLiving.com. Their collection of desserts is sure to satisfy any sweet tooth below the Mason-Dixon line. Everything from Ambrosia, a simple combination of fresh fruit, sugar, and grated coconut, is as popular as Hummingbird Cake, a three-layer confection graced with bananas and pineapple that has remained the company’s most requested recipe ever.

For an old standard, choose the gooey goodness of pecan pie (“Pa-kawn,” if you’re wondering). The nuts, which are plentiful from September to November, could be deemed a national treasure.

Devour any one of these Southern favorites and, as the saying goes, “You’ll be grinnin’ like a possum eatin’ fire ants.” 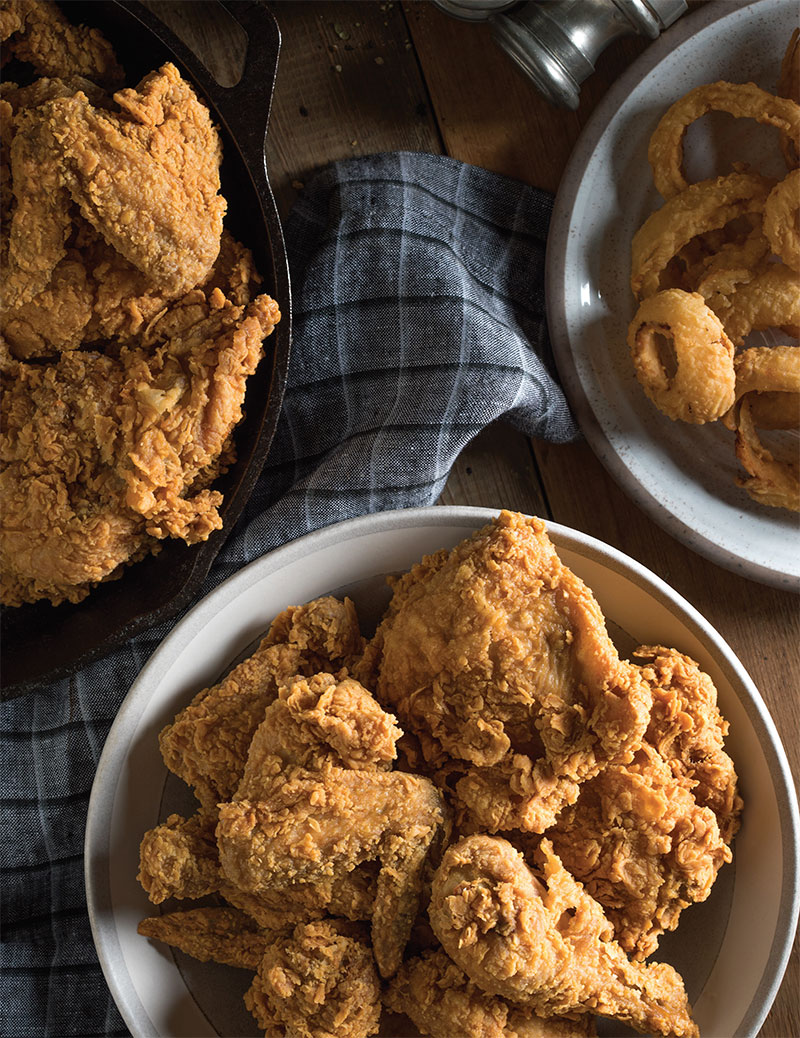