“Fresh, fabulous and fantastic!” “Seek and you shall find!” So wrote online reviewers – the ultimate compliments for a restaurant, especially a new one on the hot Lowcountry culinary scene. Husband-and-wife team Munjid and Tammy Yousif opened Olive & Fig Mediterranean Kitchen in June and have quickly built up a loyal following with locals and visitors alike. 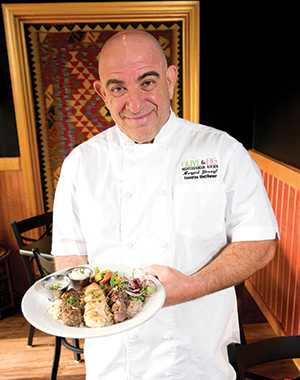 Like many hidden gems, the restaurant is off the beaten path — it’s tucked away in Moss Creek Village — but once customers discover the comfortable neighborhood environment and its delectable and elaborate menu of Greek, Lebanese and dishes made with other Mediterranean influences, they return with friends to enjoy the food and the ambiance. Décor includes beaded lights imported from Turkey, a copper bar and authentic Middle Eastern music.

“We had the vision for the interior as soon as we walked in,” Munjid said.

Tammy runs the front of house, greeting her regulars by name and leading them to the tables she knows they prefer. “We have customers who drive from Sea Pines and Sun City,” she said. 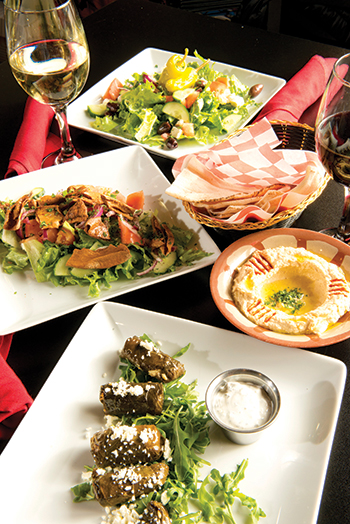 Chef Munjid has a degree from The Royal Academy of London and trained at the Ecole Hotelière in Lausanne, Switzerland. He has pursued cooking as his lifelong passion and profession. After working in the airline foodservice industry, he launched his career in major cities and countries including Kuwait, Montreal at the Ritz-Carlton, and Charlotte with the Hilton Hotel and other restaurants. Munjid moved to the Lowcountry in 2013 and worked at private clubs before opening Olive & Fig.

“I wanted to become a pilot. Instead I became a sky chef,” he said. “You learn a lot when you work for the airlines.”

A quarter of a century later, he decided it was time to create his own restaurant and the reception has been stellar. He was invited to participate in Taste of Bluffton and Taste of Hampton Lake Gourmet Chef Tour last spring. The response to his food was tremendous, and that’s when the buzz began.

The core ingredients in Mediterranean cooking are known as the traditional trinity of olives, wheat, and grapes. Proteins are mainly fish and lamb, accompanied by vegetables and fruits like tomatoes, eggplants, roasted red peppers, pomegranates and figs topped with fresh basil, rosemary and marjoram serving as the herbs of choice. There are eight regions considered to be part of the Mediterranean, broken down graphically as Spanish, French, Italian, Maghrebi, Egyptian, Levantine, Audubon and Greek. Many Mediterranean dishes are gluten-free and vegetarian. 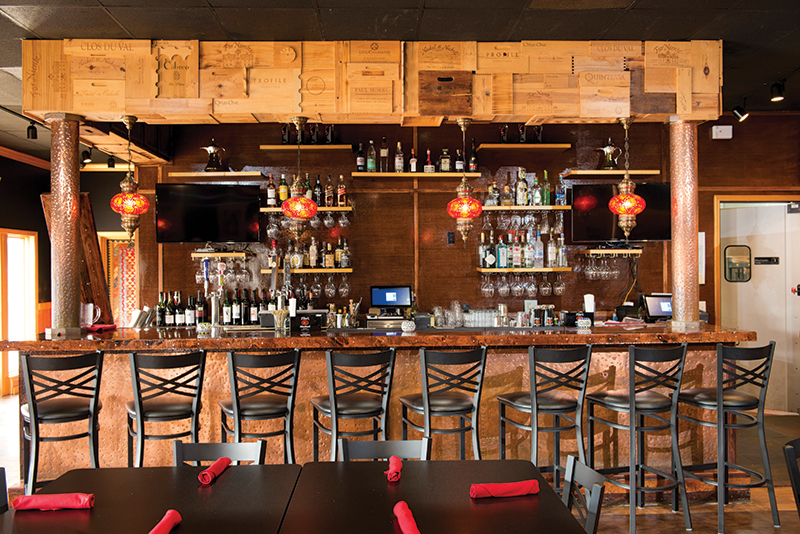 The Olive & Fig menu offers an extensive selection of kebab platters, sayadiah — a Lebanese fish preparation of branzino, herbs, roasted nuts, rice with harissa sauce and roasted vegetables. In addition to the familiar sides of hummus and baba ghanoush he serves up muhammara, a fragrant spread made of red pepper and ground walnuts and a tasty option to tasty option to enjoy with pita.

Looking for live entertainment? A belly dancer performs once a month and on special occasions like Valentine’s Day. The evening menu to enjoy during the performance is prix fixe and reservations book up quickly.

“We seat people together at communal tables during the belly dancing, and people love it because they have just moved here and make instant friends … 2019 is going to be a big year,” said Munjid. 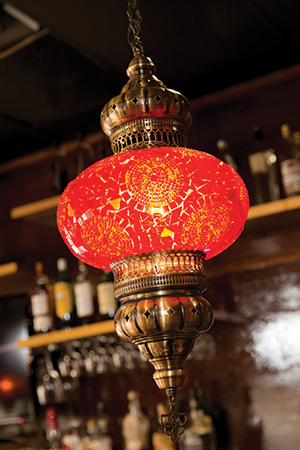