TWO LOCAL CHEFS WILL COOK AT MUSIC TO YOUR MOUTH

Top chefs from all over the country will show off their talent at Palmetto Bluff’s Music to Your Mouth culinary festival this month. Two of them will be local — star chefs of Hilton Head Island and Bluffton. 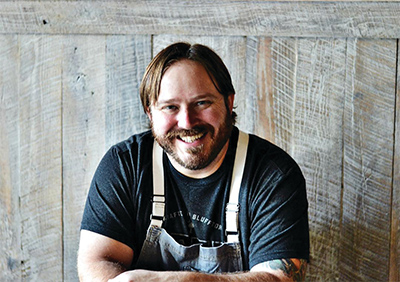 There is always a story behind the food that executive chef Brandon Carter serves at FARM Bluffton. He strives to ensure that everyone involved in the experience values the efforts of others who have contributed, and that each party walks away with a sense of pride in the story they have been woven into.

FARM carefully selects its farm partners based on a mutual respect for the land, the animals, and the people who tend to them. While some of the produce on the menu was grown by FARM on Williamson Lowcountry Farms, the restaurant relies on the commitment to excellence upheld by many area growers and farmers.

Carter is constantly working to evolve the menu, taking inspiration from the seasonal bounty of local produce, as well as cultural traditions from around the world and contemporary culinary ideas. The objective of every meal he cooks is to provide an experience that is engaging and fulfilling on so many levels, so that guests can leave feeling more than just satiated. 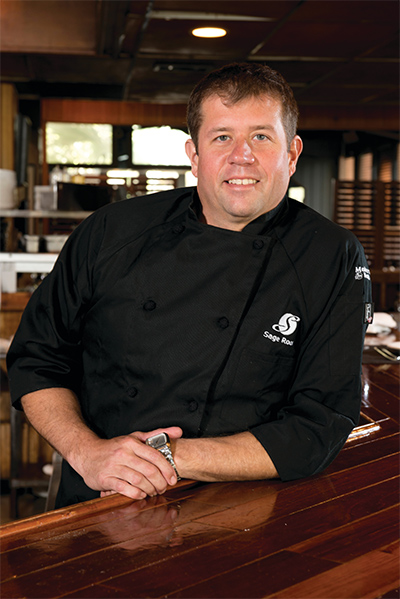 Matt Jording is the executive chef and owner of The Sage Room on Hilton Head Island. The Sage Room offers elegant palate-pleasing fare from the four corners of the world, ensuring that guests can satisfy every unique craving. When Jording opened the Sage Room, he was just 23 years old, unsure about how well his new venture would do but daring enough to follow his entrepreneurial vision. The fine dining in a casual atmosphere has been a hit, offering unique appetizers, diverse cuisine and nightly innovative specials. The the kitchen is located in the middle of the dining room and includes a small 10-person bar, nicknamed the Chef’s Table, that wraps around the kitchen so diners can watch the chef’s culinary skills. Guests who prefer more of a traditional restaurant experience can sit at the many tables just steps away from the kitchen. Jording and the staff at The Sage room strive to provide and entertaining experience while also producing delectable dishes. 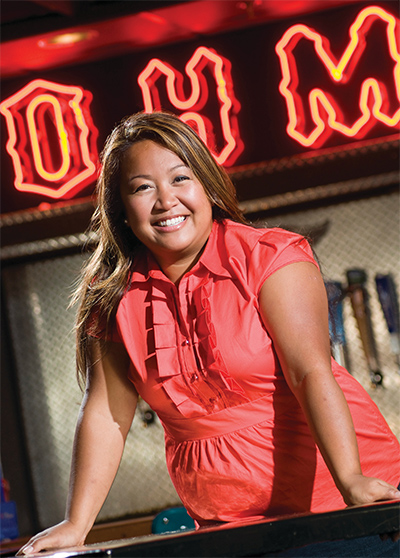 Owning a restaurant was always part of “Mama” Orchid Paulmeier’s American Dream. “Growing up in a Filipino family in Chicago, I learned the joy of big family dinners with lots of traditional Filipino dishes as well as the fundamentals of home cooking and using what you have in the kitchen,” she said.

She started her culinary career as an ice cream scooper in high school. Intent on learning more about the restaurant business, Orchid accepted an internship on Hilton Head Island in 1994, and decided this is where she wanted to live. So along with her high-school-sweetheart husband, Mike, Orchid settled in the Lowcountry and began digging in to the deep, colorful cooking traditions of this region. Just days before her 30th birthday in 2003, Orchid opened One Hot Mama’ s as part of the SERG Group which owns a number of area restaurants, designing the menu and creating all the signature sauces herself. “I blended Southern favorites like collards, cornbread and slow-cooked barbecue, with my own family recipes,” she said, describing the cuisine as “comfort food with a kick.”

Orchid became familiar to millions of people throughout the country when she auditioned for and won a slot on Food Network Star, Season 7.