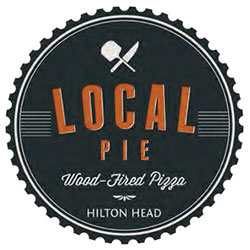 There are plenty of heroes in the Lowcountry, and Local Pie hopes to identify and honor them. On the first day of every month, the restaurant will accept nominations from customers and locals for their hometown heroes — volunteers, medical personnel, fire/rescue, executive directors of nonprofit groups or other people who have gone above and beyond.

Local Pie will choose two heroes, one in Bluffton and one on Hilton Head Island, who will get to create a “Hero Pie” that will be featured for the month at each Local Pie location, with 20 percent of the proceeds for those pies going to the heroes’ charity of choice.

The restaurant also will host a “Charity Night” each month with with 50 percent of profits going to the heroes’ charity. The first heroes will be Mick Mayers for Hilton Head Island and Oscar Frazier for Bluffton.

To nominate a local hero in your community, go to www.localpie.com/heroes.