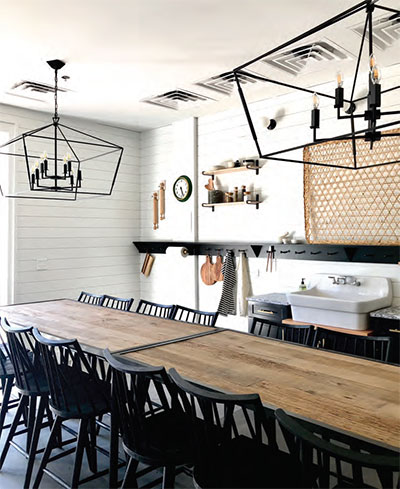 As Monthly was going to press, anticipation was high for the planned April 30 opening of Downtown Deli’s new location at the renovated May River Row on May River Road. In addition to a full kitchen serving an expanded version of Downtown Deli’s regular menu, the additional space will include a demonstration kitchen, a cooking school, a spacious outdoor dining area and an event venue called Venue 1223.

“This is something Bluffton has never seen before, both in décor and atmosphere as well as what we have to offer,” said Leah McCarthy, who owns Downtown Deli with husband Ryan. “Bluffton Mayor Lisa Sulka is saying we’re anchoring the upper west side of Bluffton, and that totally fits who we are. We’re opening on Saturdays now and we will have a wide range of culinary and community-based events, as well as pop-up special dinners.”

Those events, McCarthy said, could take the form of anything from yoga classes to food truck festivals.

The Deli’s grand opening will also serve as a grand unveiling for May River Row, which also houses a Dollar General and Billy Wood Appliance. Formerly home to a Piggly Wiggly, the shopping center had struggled to find a tenant before plans for the new development were announced last summer.

For more information on Downtown Deli’s expansion, go to www.downtowncateringcompany.com.