At this year’s Taste of the Season, local chefs showcase their cuisine, cake bakers get competitive and a silent auction beckons bidders. 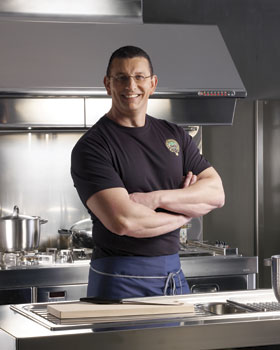 For 20 years, the Hilton Head Island holiday season has kicked off with a tasty event. Taste of the Season offers a taste of the area’s best restaurants as well as auction items ranging from trips to the Caribbean to original artwork.

“For the 20th, we’re really putting the spotlight on the amazing array of phenomenal chefs and restaurants we have in our area,” said Charlie Clark, spokeswoman for the event’s host, the Hilton Head Island-Bluffton Chamber of Commerce. “We’ve learned over the years that chefs are an incredibly competitive group of people. They truly bring their ‘A’ game to this event and pull out all the stops to showcase their best cuisine.”

Taste of the Season, which will be held from 6 to 9 p.m. on Friday, Nov. 13, is now held annually at the Sea Pines Country Club. Its original location was the Port Royal Clubhouse.

“This is an event that continues to grow,” Clark said. “Many people remember the event from the Port Royal Clubhouse prior to its move to the Sea Pines Country Club. We think it’s important that the event retains its charm and ambiance, and we’ve been successful with that goal.”

According to Clark, some Taste of the Season patrons have been attending the event for more than 10 years and even schedule their trips to the island around the event.

Last year, to accommodate this growth in attendance, the chamber added a tent adjoining the clubhouse to create extra space and seating for patrons.

“It was a big hit and something we will be doing again this year,” Clark said. “We want the event to be festive, but not so crowded that our guests can’t enjoy the evening.”

While guests enjoy an array of culinary delights, the competition is on for more than 30 participating restaurants that covet the bragging rights and opportunity to tout their status in advertising and on their menus.

This year’s reigning “Best Cuisine” champion is Red Fish, which took the honors last year with its grilled sea bass with udon noodles and a prime rib roast. The Hilton Oceanfront Resort’s HH Prime took the honors of the “Celebrity Chef’s Pick” with its beef tenderloin, bread pudding and crab cakes.

A new addition to the competitive atmosphere this year is a holiday cake competition.

“The idea to do a cake design contest came from the proliferation of competitive shows on the Food Network,” Clark said. “We thought it would be really fun to have some of our local pastry chefs showcase their best work.”

The holiday cakes will be judged by attendees and auctioned off at the end of the event. 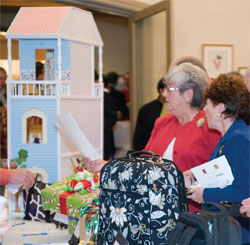 Attendees pay one price, which entitles them to enjoy all the samples they want, rather than a pay-as-you-go model. And the array of food is amazing. “Where else can you sample buffalo, wild boar and Southern favorites like shrimp and grits in the same night?” Clark said.

In addition to food, the event’s auction has become a big hit with attendees over the years.

“People seem to really enjoy getting a head-start on their holiday gift giving,” Clark said. “The auction will also be going online this year for the first time so those who aren’t able to attend can bid on some amazing items.”

Proceeds from the Taste of the Season go toward supporting various chamber programs and initiatives such as the Junior Leadership Program.

Taste of the Season