A popular Hilton Head Island waterfront restaurant has a new name, a new theme, a new manager, a new menu and a completely revamped interior. 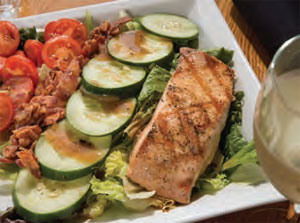 CFO Todd Stephenson announced the changes in March, responding to feedback from customers following 23 years serving both locals and visitors.

Other than the floor plan, the interior of the restaurant is nothing like it was.

The Old World Mediterranean décor has been replaced with a “contemporary nautical” theme, including LED mood and effects lighting, slate walkways through the restaurant, hardwood floors and newly refinished walls, ceilings and floors. Aged hardwood floors in the lobby and lounge bring warmth and an inviting feel. 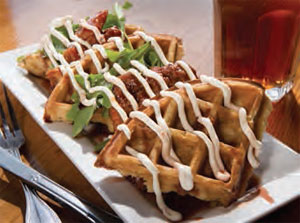 Deep-stained woodwork accents the marine blue walls, ceilings and gray carpet. The transformation is rich and classy, yet maintains the casual waterfront ambience the former restaurant was known for.

The new Pelican Sports Lounge has several large-screen LED TVs for sports viewing. For cold nights, there is a warm fireplace to soothe the soul.

The changes don’t stop there. There is a new kitchen staff and chef. Dana Torres, a Le Cordon Bleu Chef, has redefined excellence with a new menu including local favorites for seafood, steaks, ribs, crab legs and good ole Southern recipes with a West Coast twist. Torres also runs the restaurant operations.

New technologies are being deployed for excellence in customer dining service.

One such technology is table waiter call-service buttons, which vibrate the wristwatch of the assigned server. When a guest desires a beverage, refill, condiments, check or something else, the wireless call button will alert the server for the request for service. 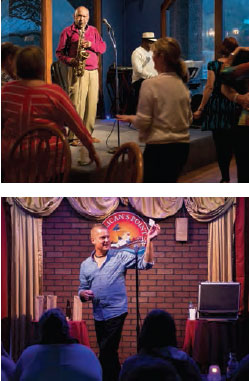 The server’s wristwatch displays the table number for the table located in his or her section. This technology eliminates the need for our guests to locate and flag down a server and decreases server response times.

The button also minimizes servers' need to interrupt table conversation to ask if anyone needs anything.

The Pelican’s Point name is not new. Thirty-three years ago, the original owner/builder of the property chose that name for the restaurant for good reason.

Two sides of the restaurant face Broad Creek, where pelicans dine outside the windows. Sea otters, dolphins, gulls and a myriad of aquatic wildlife enhance the views. Two whimsical 4-foot-tall bronze pelican statues have adorned the restaurant since the original opening. The former restaurant catchphrase, “Any closer to the water and you'd be wet,” still applies.