AT ITS HEART, BREWING LIES SOMEWHERE AT THE CROSSROADS OF ART, SCIENCE AND MAGIC. THERE IS THE SUBTLE COMPLEXITY THAT A CERTAIN STRAIN OF HOPS BRINGS TO A BREED OF BARLEY. THE CHEMICAL MAGIC OF FERMENTATION AS MICROSCOPIC CREATURES TRANSFORM SUGAR INTO A HIGHER ABV. AND THEN THERE’S THE MAGIC THAT HAPPENS WHEN THAT FIRST SIP OF CAREFULLY CRAFTED BEER CROSSES YOUR LIPS.

IN THE LOWCOUNTRY, WHERE THERE IS NO SHORTAGE OF MAGIC, CRAFT IS KING.

THERE ARE MANY PLACES TO EXPLORE, HERE ARE A FEW STARTING POINTS. 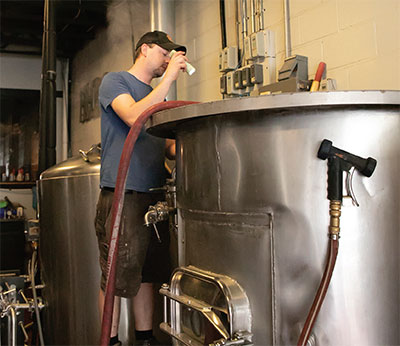 If you’re talking craft beer in the Lowcountry, you have to start with Hilton Head Brewing Company. Launched in 1994 when microbrewing was a buzzword, HHBC has been through a stunning evolution. Today, it’s a north-end mainstay where 16 different varieties of carefully crafted nectar flow in a tap room overlooking the full production brewery. With the addition of a spacious outdoor deck, the brewery has become a bona fide hangout for beer enthusiasts and amateurs alike.

Juan Brantley has overseen the modern era at HHBC, ushering in canning operations and helping forge relationships with area restaurants that have made his beers ubiquitous. As the OG brewery in the area, they welcome the crop of new brewers who have emerged in recent years.

“We have people who come to the area now who come here just for the craft beer,” he noted. “It’s definitely grown.” 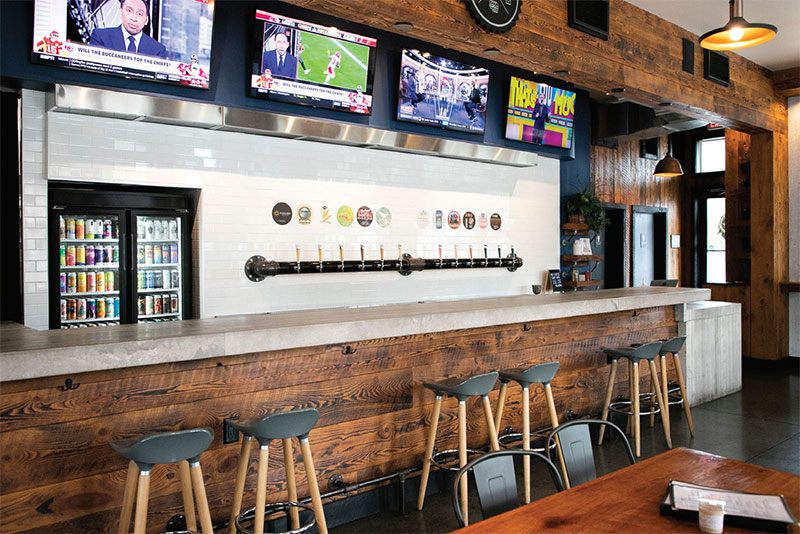 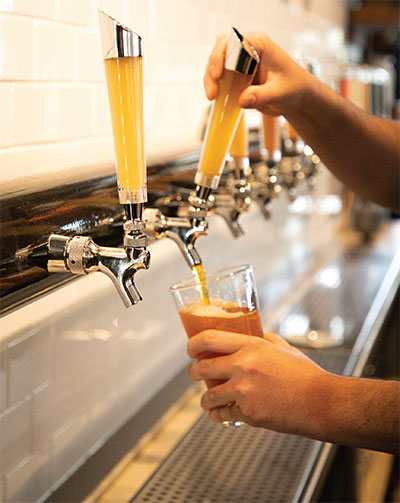 As you can expect from the name, craft is a big deal at Bluffton-based Craft Kitchen. That extends to their lunch menu, with sandwiches and pub fare that are meticulously prepared to elevate the experience. But it’s perhaps best expressed along the wall of taps, representing a kaleidoscope of local and regional beers.

They may not brew anything here, but there is an inspired craft of curation on display.

“Currently we work with six brewers in the area just to get as much variety as I can,” said owner Vincent Kull.

“And I try to keep local stuff in house because when people are here, I want to show support to those guys.”

If you’re in the mood for one of those beers you see advertised during the Super Bowl, this might not be your place. But if you want to discover the rich tapestry of flavors and styles that is craft beer, this is the place.

Side Hustle Beer Co. provides some mouth-watering beers from a miniscule Arrow Rd. location on Hilton Head Island that they claim is the smallest brewery in South Carolina. But from a small space come big flavors, with an array of beers stemming from head brewer Lee Holyoak’s extensive experience as a home brewer.

More than just an amateur, Holyoak scored silver three years in a row at the National Homebrew Competition, alongside seven gold medals at regional qualifiers. “A lot of my awards came from my IPA. That’s something I really love to brew,” he said. “Several of those styles carry over to Side Hustle.”

Stop on by when they’re open and sample some of the brews like Refraction IPA and New Zealand Pilsner that have the whole island buzzing. 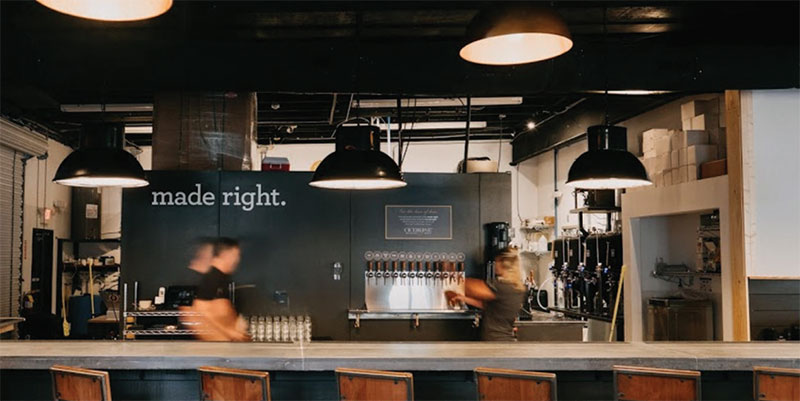 Tucked away off a side street in a Bluffton light industrial park, Lot 9 Brewing Co. is quietly making some of the best beer you’ve ever had. Whether your tastes run toward a hefty stout, a refreshing IPA or anything in between, the rotating taps represent the best opportunity to expand your beer-drinking palate. And that’s very much by design.

“I wanted to make what people wanted to start out, putting out a basic spectrum of beers, and then keep pushing the envelope so people can try new stuff,” said head brewer Walt Trifari. “I get bored when I go into a place and it’s the same beers I’ve tried before.”

The brewery, the brainchild of Trifari and business partner Dana Briggs, benefits greatly from the food trucks next door, ensuring that every visit to Lot 9 is a completely different experience.