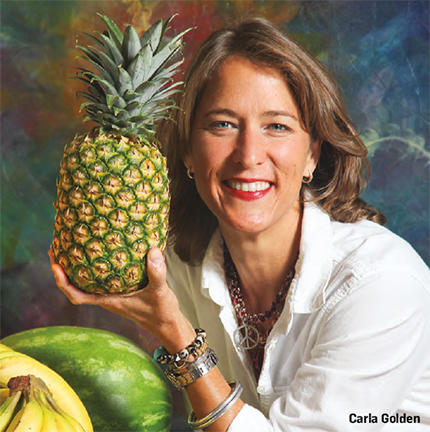 Fast-forward a million years or so, and scientific evidence continues to show that eliminating or reducing animal products from your diet reduces the risk of heart disease, certain types of cancer, diabetes and other maladies. Eating lower on the food chain — more greens, less meat — also reduces the amount of carbon released into the atmosphere.

“We are not obligate carnivores,” said Carla Golden of Hilton Head Island, who as a longtime vegan doesn’t consume any animal products. “As a vegan, you are not only eating well for you, but eating well for the planet.”

Golden became a vegetarian after the birth of her daughter nearly two decades ago and switched to veganism five years ago. A massage therapist, she earned a bachelor’s degree in holistic health and healing in 2013 to help educate people about nutrition, and later founded the Palmetto Plant Eaters Club and Lowcountry Veg Fest.

“The club exists to teach people the value of eating whole plant foods, for health primarily,” she said. “But we also talk about environmental issues and compassion for animals.” 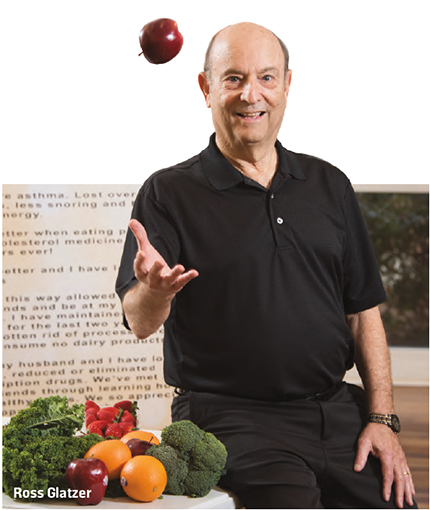 In Bluffton, plant-based eating has a huge advocate in Sun City resident Ross Glatzer. A Vietnam veteran, Glatzer was a confirmed carnivore until his wife was diagnosed with a rare form of diabetes that hindered her mobility five years ago. He planned to drop her off at her first meeting of Sun City’s Eat Smart Live Longer Club, founded by three sisters in 2013, but decided to stick around.

“It was the most intelligent discussion I’d heard in my time in Sun City,” he said. “It immediately dawned on me that I couldn’t continue the standard American diet if my wife was going to transition to a whole-foods, plant-based lifestyle.”

The couple never looked back. Glatzer, now in his third year as president of the club — with nearly 700 members, it’s one of the largest of its kind in the country — has experienced a 65-point reduction in his cholesterol levels and a 21-point decrease in blood pressure, without using medication. Meanwhile, his wife has reduced her blood sugar by nearly a third. Formerly facing kidney dialysis, she now has been given a good bill of health by her nephrologist.

“My doctor tells me that we are both in the best shape he has seen us in the 15 years we have known him,” Glatzer said.

The Eat Smart Live Longer Club meets monthly and hosts high-profile national speakers such as physicians Pam Popper and Michael Gregor. The group, open only to Sun City residents, produces a 33-page handbook for members, holds grocery store tours to teach people how to shop and read nutrition labels, and evaluates local restaurants for inclusion on its Dining Partners list.

“When we find enough plant-based items on the menu, we include them,” Glatzer said. So far, 22 restaurants have made the grade. Look for the club’s sticker — a round decal with a cornucopia of fruits and vegetables — at participating restaurants.

For people interested in learning more about whole-food, plant-based eating, Glatzer and Golden recommend documentaries like “Forks Over Knives,” “PlantPure Nation” and “The Game Changers,” as well as books such as Gregor’s “How Not to Die.”

They also offered tips for those thinking about moving to a plant-based diet in the new year.

“Get freakin’ fanatical about fiber — and not Metamucil fiber, but whole-plant food fiber,” Golden said. Animal products don’t have fiber, so increasing fiber intake will reduce their amount in your diet. And, she said, don’t sweat the protein: “If you are eating enough calories from whole-plant foods to sustain your weight and energy level, you are probably getting enough protein.”