At last count, Beaufort County had more than 20 places where those who love ice cream, gelato, sorbet, soft-serve or fro-yo could get their fix of creamy goodness. While frozen yogurt sold by the ounce is the newest addition to Hilton Head Island and Bluffton, other options abound to satisfy cravings for something cold and sweet on a hot summer day.

The first ice cream shop opened on Hilton Head Island in the early 1970s. (Before that, Lowcountry residents had to travel to Savannah or make their ice cream at home). Many customers who first brought their kids to local ice cream shops are now treating their grandkids. The creamy, homemade goodness offered locally is the stuff of memories for locals and visitors alike.

Lowcountry residents and visitors take classic flavors such as Mint Chocolate Chip and French Vanilla for granted, but many shops also embrace innovation with upscale offerings such as Expresso, and kid-pleasing flavors including Superman. 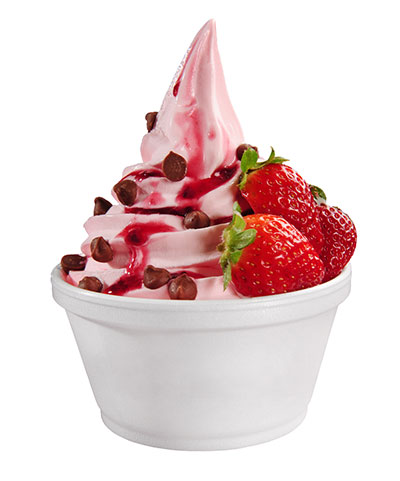 This brightly-colored ice cream comes as a swirl of blue, red, and yellow—the three primary colors of Superman’s costume. In addition to regular ice cream, here are some of the varieties of frozen desserts available in the Lowcountry:

Very popular around the U.S., frozen yogurt got its mainstream debut in 1981, thanks to the chain TCBY. It’s based on the model of soft-serve but is lower in fat and offers a tangy taste, thanks to, well, the yogurt.

Gelato is Italian for “frozen.” The type sold locally is made with milk and small amounts of cream, and is typically less airy than ice cream and also lower in fat and calories. Gelato ripples and forms imperfect scoops because it’s so much denser than ice cream. 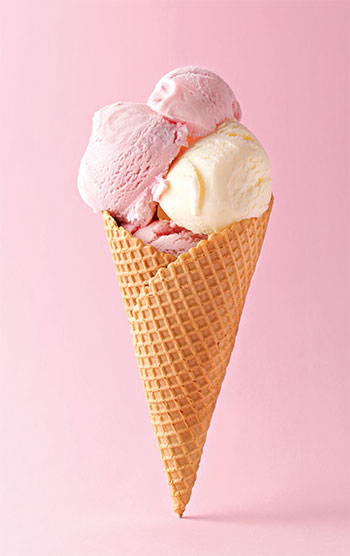 Made with fruit and containing no dairy (although it may contain egg white), Italian ice is light and refreshing.

A summertime classic, soft-serve was first created in the 1930s. It gets its super-smooth texture from air that’s introduced as the ingredients are frozen. Available in limited flavors including chocolate and vanilla, it’s most often served in a cone and can be dipped in melted chocolate.

Recently in Bluffton, two 12-year-old friends discussed their favorite time to get ice cream. They concurred that “two scoops” is the minimum amount of ice cream one should ever order, but disagreed about the age-old dilemma of cup versus cone.

“Go for a cone,” said Leon Mata, a rising eighth grader. “You get two desserts for the price of one.”