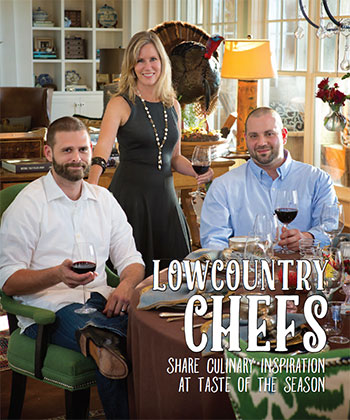 More than 27 of the Lowcountry’s best chefs will pull out all the stops to create a diverse collection of world-class entrees, and desserts and compete for the coveted “Best Cuisine” award — and the bragging rights that accompany it.

“Nobody would say they wouldn’t want to win Best Cuisine at Taste of the Season,” said Chris Johnson, executive chef at Michael Anthony’s. “That’s a big deal. A lot of exposure comes with that honor.”

Attendees will have the opportunity to sample as many offerings as they like in an elegant, intimate setting. A silent auction loaded with a variety of great gifts — including travel and golf packages — also provides a chance to get an early start on holiday shopping. The VIP ticket option is back by popular demand and offers access to a private bar, private lounge seating, and preferred parking. 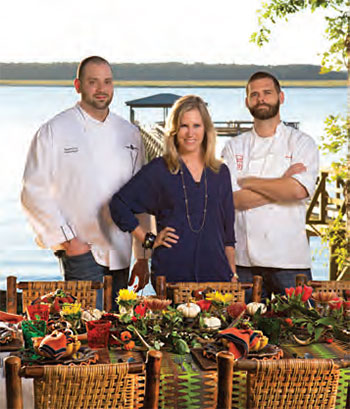 Preparing a dish with “wow factor” for such a large group is no simple task for a chef, especially while staying true to what his or her restaurant does on a daily basis.

“I want to try to hone in and come up with something people haven’t seen from us before,” Johnson said. “I want to bring the best that I can for Michael Anthony’s and show people what we’re capable of. This is about showcasing our talent as chefs.”

The night also gives chefs an opportunity to interact with one another and get some face time with current customers, as well as potential new customers.

“It’s fun to get a chance to see some of the other chefs because we’re all working so much we don’t get to see each other,” said Chaun Bescos, executive chef at Red Fish. “It’s a good time to actually meet your customers, too, because you don’t get to talk to them very much. If you’re a working chef, you’re always back on the line with your head down.” 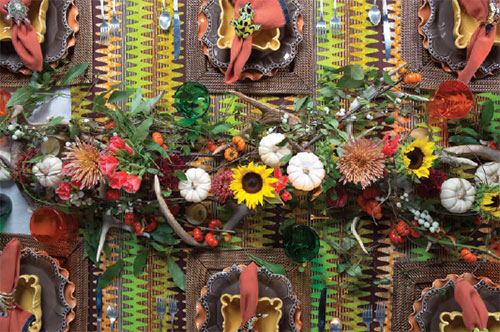 Bescos has participated in Taste of the Season for a decade, and his goal each year is simple: “To top what I and my team did the previous year, not only from a culinary aspect but also in terms of presentation.”  Last year’s king crab surf and turf will be tough to beat, so Bescos starts brainstorming more than a month before the event.

Johnson goes as far as hitting the books, cramming like a college student during finals week in search of ideas for unique dishes that might give Michael Anthony’s an edge. 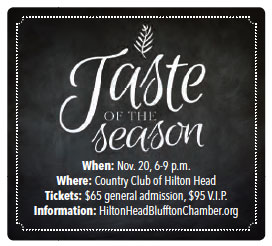 “It’s something that we can become creative with and go out and do something that really makes an impression,” Johnson said. “It’s a great opportunity to get those people who have never heard of us and show them what we can do."

Don’t miss Taste of the Season, one of the top culinary events of the year. For details, go to www.hiltonheadblufftonchamber.org.