Sandwiches have long been mealtime staples, though they’ve come a long way. While the basic, rustic ham sandwiches that many pioneers traveling the Oregon trail enjoyed are still popular and the peanut butter and jelly will never go out of style, diners are becoming more adventurous and serving up a variety of options between two slices of bread. 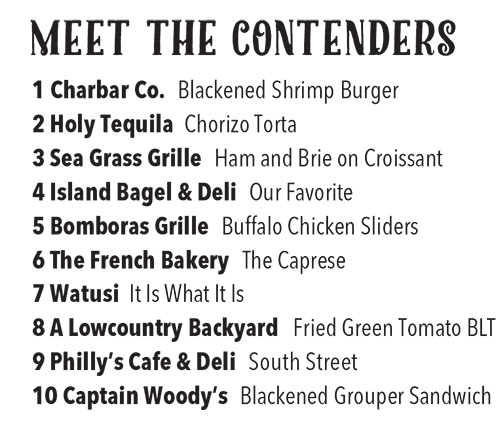 Sandwich lovers, get ready to celebrate, because August is devoted to this lunchtime favorite.

There are so many ways to observe National Sandwich Month. Start your morning with your favorite egg sandwich. Munch on a classic club for lunch. Devour a heavier, filling, sandwich for dinner, like a meatball sub or a chicken Parmesan sandwich. And of course, end your day right: Find a comfortable backyard chair, sit outside and watch the sun set with your favorite childhood treat — a partially melted ice cream sandwich. There are endless possibilities to participate in the month-long celebration, so you should probably get started now.

It might surprise you to learn that first record of a sandwich came from Rabbi Hillel the Elder, who in the first century BCE introduced a sandwich-like creation during Passover as a reminder of the suffering Jews endured — thus the modern “Hillel Sandwich.” 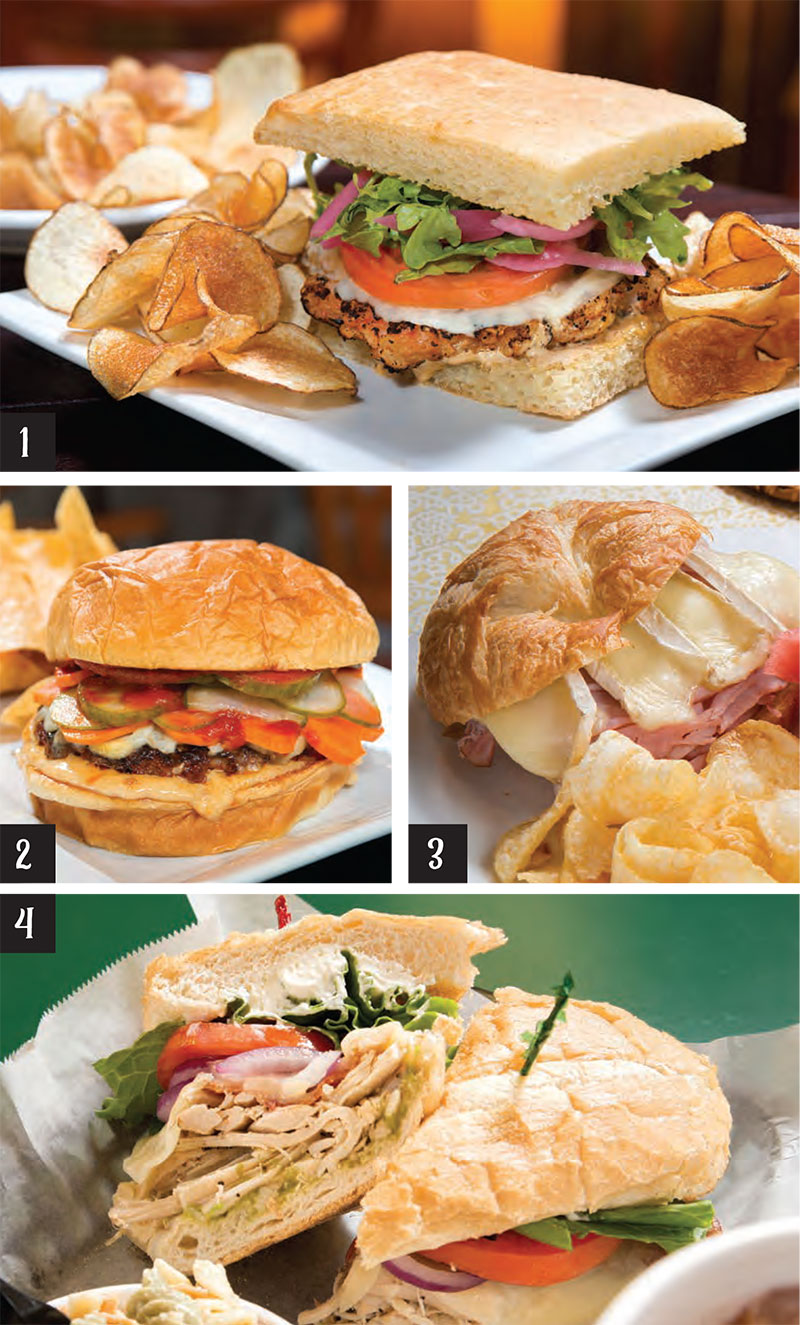 The term “sandwich” was not coined until the late 1700s. John Montagu, the fourth earl of Sandwich, is believed to be the creator of what we now call a sandwich. The invention of two bread-like objects encasing an interior, usually a type of sliced meat, was monumental. Montagu wanted something he could eat while gambling, and a sandwich was the perfect object to hold in his hand while he bet his britches off. So, thank you, John, for unintentionally making the lunch process much easier for mothers of children all over the world.

Sandwiches’ popularity grew over the following centuries. In the 1800s, they were introduced in America in their simplest “ham sandwich” form. In the 1900s, bakeries began selling pre-sliced bread, which made lunch sandwiches more accessible to workers and school children. This probably explains why your mom always packed you peanut butter and jelly in grade school — it’s quick, easy and tasty. 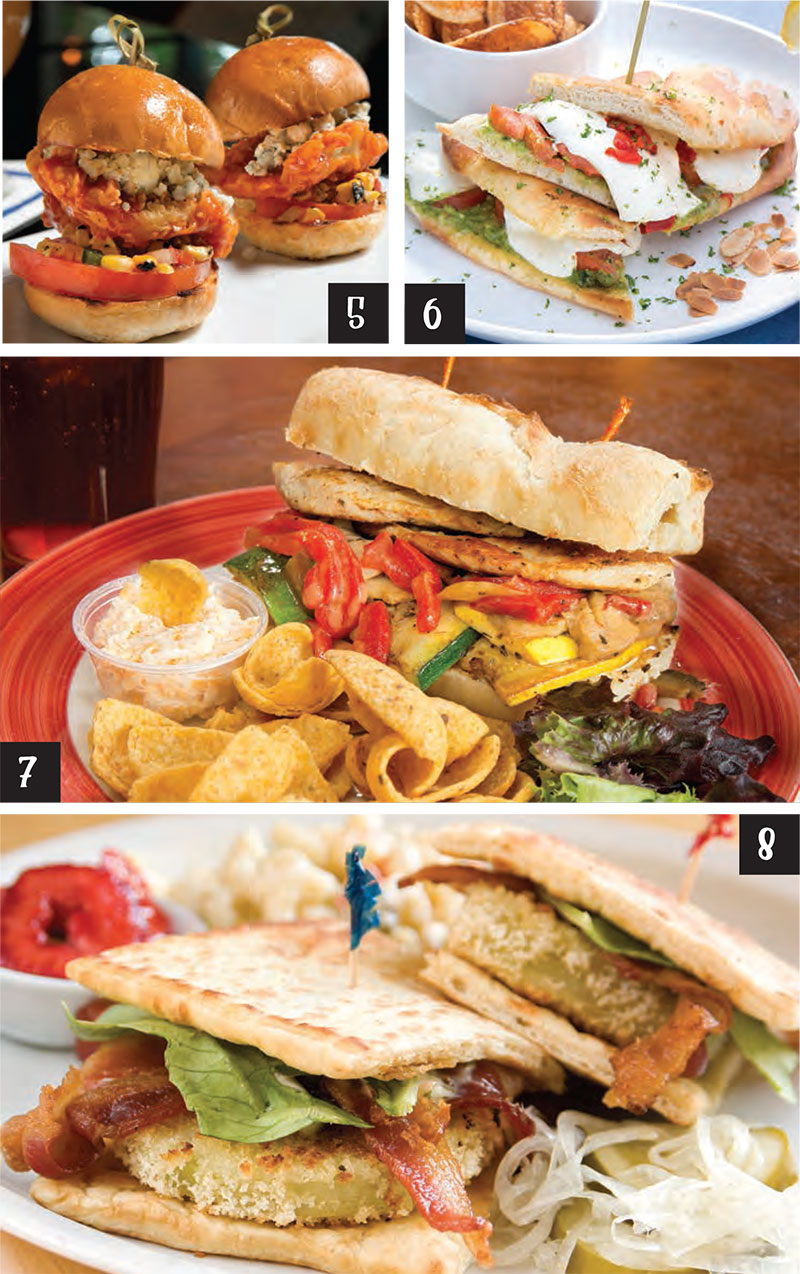 The Merriam-Webster dictionary defines a sandwich as  “two pieces of bread with something (such as meat, peanut butter, etc.) between them.”

Recently, however, the definition has broadened its scope to dessert sandwiches: “Two or more cookies, crackers or slices of cake with something between them.”

So if you haven’t already, pick out your favorite lunchmeat or ice cream and celebrate the century-old tradition of sandwich eating.

How does the Lowcountry define a sandwich? The following pages feature some of the best local sandwiches you can find. One could argue it’s the best thing since sliced bread.

Some fictional characters who enjoyed their share of sandwiches: 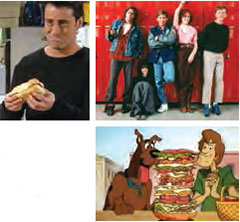 Joey Tribbiani: He is probably seen in most episodes of “Friends” at least referring to a sandwich, if not indulging in one. From the time he “saved Ross’s life” protecting his sandwich to the countless times he refused to share even a bite of his sandwiches with his friends … Joey loved a good sandwich.

Most of the gang from “The Breakfast Club”: Emilio Estevez’s Andrew Clark enjoyed a thick, meat-filled sandwich, while Ally Sheedy’s Allison Reynolds threw her bologna on the wall to create her own masterpiece: Pixy Stix and Cap’n Crunch on wheat.

Shaggy Rogers and Scooby-Doo: This crime-fighting duo enjoyed a double triple-decker sandwich, known as the “Super Shaggy Sandwich,” that happened to be taller than a small child.