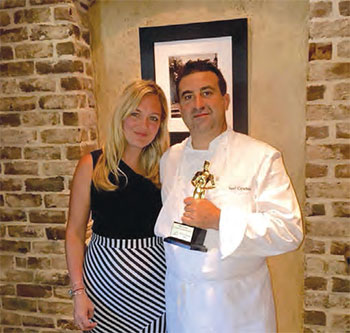 The Savannah-based food website "Eat It And Like It" recently released its "Oscar Awards" for the best restaurants in the Savannah/Bluffton/Hilton Head Island area. The "Best Italian Restaurant" award was given to Hilton Head's OMBRA Cucina Rustica, operated by Lauren and Michael Cirafesi.

The site stated, "Not only is this the best traditional Italian in the area, but a good number of islanders believe this is the best overall restaurant on Hilton Head Island and that is saying something. Yes, it is that good. The wine list just as good. Executive Chef/Owner Michael Cirafesi is the ultimate host as well. A true gem on the food scene."