With the summer heat setting in, many visitors and locals are scooping up frozen treats of all sorts after a hot day at the beach or pool. With anything from ice cream, gelato, Italian ice, frozen yogurt, smoothies and more awaiting your taste test all across the island, you’ll want to dig in right away to be sure you hit them all. Whether you are in search of all the delicious fruits in season this time of year or looking for that chocolate overload to energize you for a night of fun, the variety is out there. Don’t stand there melting in the heat of the sun; jump on that bike and ride to test out the island’s assortment of tasty frozen treats. Although you may want to read more about your options before you get too far down the road. 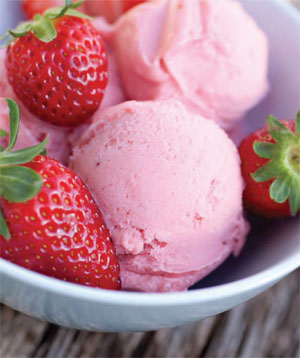 The history of ice cream is just about as messy as a melted cone on a hot summer day. As it begins spilling over the sides, you just don’t know where to start or how to save the sugary goodness from hitting the ground or, more importantly, your clothes. Ice cream has dated back as far as the second century B.C., although it has no specific origin or inventor, making its history messy to spoon through.

With a variety of flavors from classic vanilla and chocolate to mixes that include your favorite childhood candies, it is worth the trip down memory lane. Just maybe not the time you spilled ice cream all over the front of your new shirt and your mother wasn’t too happy about it. Tuck that napkin into your shirt and maybe on your lap just to be safe, and dig into some ice cream for old times’ sake — you deserve it! 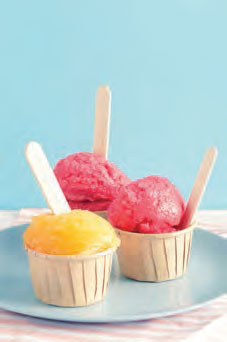 There’s no need to get your passport out to experience gelato. While it did originate in Italy, you can find many “gelateries” here in our own backyard. Dating back to the mid-16th century, it was developed by a chef in Florence, Italy, looking for a way to keep his frozen desserts cold. By using a higher amount of whole milk than cream, the fat content in gelato is considerably lower than ice cream. It is also churned at a slower rate, which keeps the air out and makes a smoother texture compared to ice cream. While most gelato makers in Italy tend to stick to traditional flavors, you’ll still see some crazy flavors from time to time. Don’t be afraid to try new things and give your mouth an experience abroad.

Perfect for those hot days when eating ice just sounds good or maybe go as far as taking an ice bath. Either way, when the heat is getting you down, opt for this refreshing treat to keep you cool. However, you better know what to call it. In Philadelphia, it is water ice, and in New York, it is a lemon ice. Whatever you may call it, Italian ice comes in a variety of flavors, including bizarre ones such as peanut butter and jelly and Swedish fish. It has come a long way since its first flavors, like a simple lemon. In the past, Italian ice has been used to cleanse the palate between courses, provide cool and refreshing relief during hot and humid weather and to serve as a light dessert — not too filling but refreshing. Don’t sweat it out in the hot summer heat when you can cool off in refreshing style. 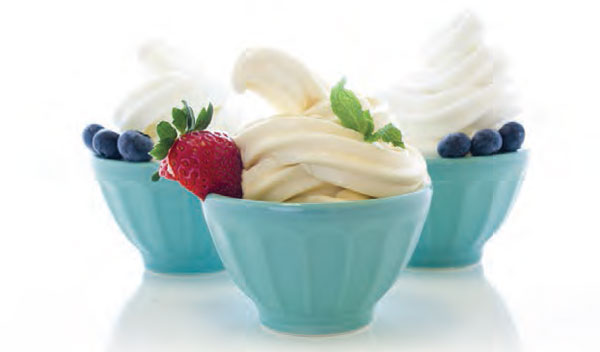 This treat has taken over the country, with fro-yo shops opening on almost every corner. Many people want something sweet but with fewer calories and less fat, and fro-yo offers that. It first appeared on the market in the 1970s in New England, but its creator is a bit of a mystery.

With gluten-free, fruity and sugar-free options, and flavors ranging from vanilla and chocolate to cheesecake and sweet coconut, finding something you like is never too difficult. And don’t forget the toppings. No longer is it the standard cherry on top — instead, chose from candy bars, gummy bars, cookies and more to decorate your creation and tickle your taste buds. 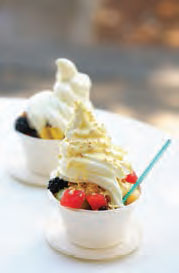 Frozen custard could probably be considered a cousin to ice cream because it includes all the same ingredients — but with the addition of egg yolk. It was first invented in Coney Island in 1919, when ice cream vendors Archie and Elton Kohr found that adding egg yolks to ice cream not only created a smoother texture but kept the ice cream cold longer. There’s a fine line between frozen custard and ice cream, but if you taste them side by side, you’d notice a difference, and it’s all due to an egg yolk.

Custard Jokes
Q: What did the newspaper say to the custard?
A: What's the scoop? 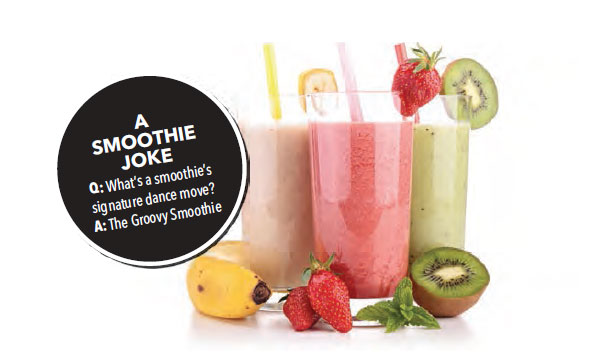 The history of smoothies is a little confusing, as for hundreds of years, Mediterranean and Eastern cultures have served pureed fruit drinks — way before the invention of the blender and the refrigerator. While smoothies were originally made from fruit, today they have expanded into so much more. The current health craze has helped propel smoothies’ popularity, and the drinks now can be made with yogurt, protein powder, greens and other good-for-you ingredients to help busy people get the nutrients they need.

Orange Leaf:
Combine Brownie Batter and Salted Caramel, then top it with chunks of brownie and sprinkles for a frozen caramel brownie.