As recently as 2000, Country Captain was included in the military’s “ready-to-eat” meals because it was a favorite of Gen. George S. Patton, who was introduced to the dish by President Franklin D. Roosevelt. Country Captain is now making a comeback thanks to celebrity chefs like Nathalie Dupree and the Lee brothers. This delicious comfort food with an Indian twist deserves to make its way back into our pots and onto our tables. Indian restaurants are popping up everywhere and are now part of America’s ever-expanding top food choices, so now is the time! 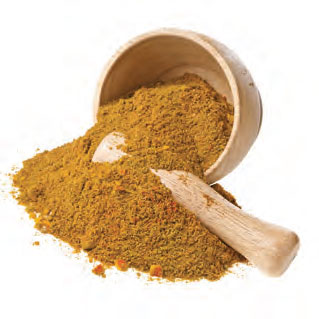 Recent research has suggested that increasing the amount of turmeric (and more importantly, its component of curcumin) can stimulate anti-cancer activity in human saliva.

This version has a mild amount of curry, which does not overwhelm the flavor, but more curry can be added if desired.

Preheat oven to 350 degrees. On the stovetop in a large Dutch oven or other ovenproof pot, heat 2 tablespoons of the oil and then brown the chicken thighs on both sides. Set browned chicken aside in a bowl. Heat the remaining 2 tablespoons of vegetable oil over medium heat, then add the onions, stirring occasionally, and sauté until translucent. Add curry powder and then stir for 1 minute. Return the chicken to the pot and stir in the chicken broth, chopped plum tomatoes in their juice, currants, salt and black pepper. Bring to a simmer, cover, then transfer to the oven and bake for 40 minutes. Remove the lid and bake for another 40 minutes, checking the liquid levels and adding a little more broth or water if needed.

Serve over hot cooked rice and top with slivered almonds and chopped parsley. 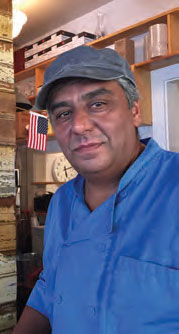 My initial thoughts about curry and Indian cuisine in general is its unending range of spices that give us such a vast array of flavors in the end product. With this cuisine, you really can be a vegan, vegetarian, carnivore or seafood nut and always have plenty of choices for your meal. The major spices we use like turmeric, cumin and coriander are complemented by so many others. My mother's cooking was based on a very vegan light fare. All her sauces were light on the palate because that was her Gujarati background, yet now I produce really rich sauces like vindaloo, jalfrezi and rogan josh, all Punjabi styles that are hugely popular paired with various proteins like chicken, lamb and shrimp, or even just potatoes or paneer cheese. Add the various styles of rice like biryani and pilau and the different flavors of naan, and you have all the variety discussed above. Also, remember that curry and Indian food don’t have to be “hot,” just spicy!