The Italians named it “pomodoro,” or “apple of gold,” and appropriately so, as Italy is famous for its tomato-based dishes. Amelia, Big Beef, and Celebrity are popular tomato varieties grown here in the South, along with smaller heirlooms Amish Paste, Black Cherry and Sun Gold. The Ugly heirloom, often misshapen with deep scab-like cracks and unevenly colored, shines as one of the most flavorful, coining the new adage “Don’t judge a tomato by its cover.” 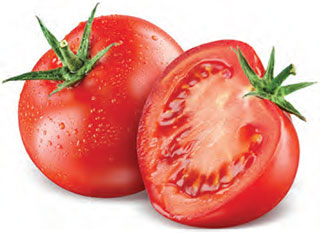 Did you know?
Tomatoes can keep longer if you store them with their stem down ... The average American eats around 24 pounds of tomatos each year ... 94.5 percent of a tomato’s weight is water.

There is even a tomato variety named Christopher Columbus since there was speculation he brought some back to Italy after his discovery of the New World, adding “foodie” to his resume. Tomatoes were first grown in British North America in the early 1700s in South Carolina, most probably introduced from the Caribbean. Avoid compromise when it comes to buying tomatoes — settling for an unripe, bland, mealy tomato is an exercise in self-deprivation. A sun-dried tomato in extra-virgin olive oil is a better alternative to anything less than a juicy, sun-kissed fresh tomato. The prime time for local tomatoes is May through August (a much shorter window than watermelon, which can span a six-month harvest), so enjoy in them abundance while they’re here.

RECIPE BY CARRIE HIRSCH
(Serves 10 as a side dish)

Crust: Preheat oven to 350 degrees. In a medium bowl, stir together all crust ingredients. Lightly coat pie dish with cooking spray. Roll out dough onto a floured surface, and then roll into a 12-inch round using a rolling pin. Lay dough into the deep-dish pie dish and crimp the edges. Bake for 20 minutes.

Filling: Heat olive oil in a medium skillet and sauté collard greens for 5 minutes over medium heat, stirring occasionally. Once pie crust is out of the oven, raise oven temperature to 375 degrees. In a small bowl, whisk together mayonnaise, cheese, half and half and garlic. Arrange chopped collard greens in crust, and then create a layer of sliced tomatoes. Pour mayonnaise/cheese mixture over tomatoes. Salt and pepper to taste. Bake at for 45 minutes or until bubbling. Serve warm. 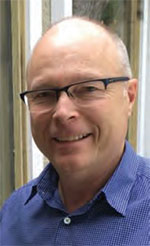 “I grew up with greenhouses, orchards and a garden so we always had an abundance of fresh tomatoes, figs, lettuces, peaches and many other fruits and vegetables. I love tomatoes! I can eat a tomato like an apple. Give me a sliced tomato with Vidalia onion on a sandwich with a little mayo and salt and pepper and I'm very happy. It's funny how something that makes ketchup can have such a great flavor profile and be so versatile. It can be fire-roasted or oven-roasted to really bring out the sugars, which can really make a dish sparkle. Our suppliers search out regionally grown tomatoes and we also keep an eye out for them as well. And the small grape tomatoes make the flavor pop — they are like little bursts of joy."