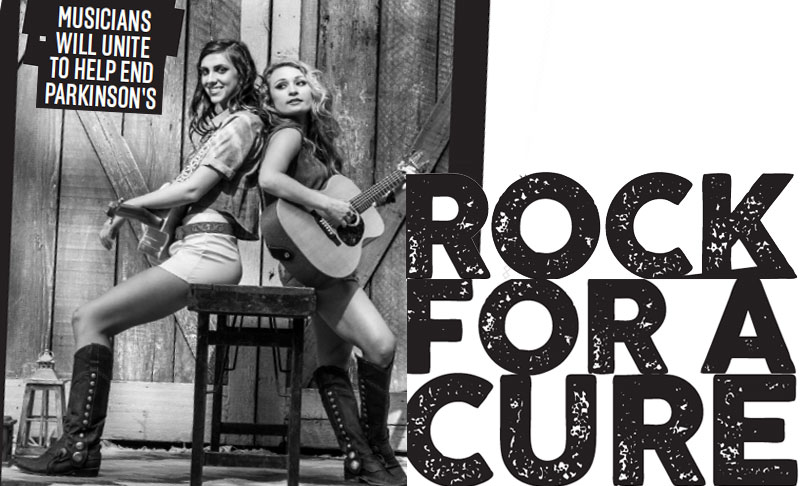 Our wealth of musical talent is as rich and persistent as our plant life here. The island attracts the cream of the crop seemingly from everywhere, and even grows some of its own.

With talent so abundant and easy to find, choosing where to go and whom to see can be difficult.

But what if you could find five of Lowcountry’s finest on the same stage on the same night? And best of all, the price of admission supports a worthwhile cause?

You’ll have the chance when an extraordinary team of musicians assemble on Wednesday, Oct. 12 at 7:30 p.m. in the plaza of The Shops at Sea Pines Center for “Fun with the Fox,” an evening of music, food and fun to support the Michael J. Fox Foundation in its quest to find a cure for Parkinson’s disease.

“ ‘Fun with the Fox’ became the name because enjoying life is a big part of the goal,” said VIVID Gallery owner Jeff Keefer, who was diagnosed with Parkinson’s in 2005 and now donates all the proceeds from his gallery to the Fox Foundation. “And the most successful local fund-raising events have been all about fun.”

When Keefer decided he wanted to host a fundraiser, he teamed with home-grown singer-songwriter Sara Burns to create what the two of them hope will become an annual event. Burns in turn recruited her friend Taylor Kent, another accomplished singer-songwriter who also grew up on Hilton Head Island.

Both successful solo performers, the duo bill themselves as The Gypsy Bleu’s on the rare occasions when they have the opportunity to team up.

“When performing as the Gypsy Bleu’s, Taylor and I try to create a unique sound of female vocal harmonies,” said Burns. “And we choose songs that cross over many different eras and genres of music.”

“The balance between our two voices resonates in a way that brings a special energy to our songs,” said Burns.

What’s even more special, on this night they’ll be backed by an all-star ensemble of other exceptional local musicians – Nate Douglas, Charlie Simpson, and Zach Stevens. Yet another talented musical artist, John Cranford, will be working behind the scenes, running sound for the show. (“And maybe sitting in for a song or two,” hints Burns.)

And the combination promises to be magical.

“When we are all playing together, we are enjoying each other as much as the audience. It’s hard to describe, except we can see that we are taking each other higher,” she said. “Together we rock – that’s the idea.”

Said Keefer: “Knowing that your ticket price is going to the researchers working today to bring an end to Parkinson’s Disease is a feeling we want to share with people. Nobody is in this alone, and that includes the people working now on prevention and a cure.”

For more information or to purchase tickets visit FunWithTheFox.com.