The salute will include a flyover of F-18s from Marine Aircraft Group 31 from MCAS Beaufort and a C-17 Globemaster from the 701AS, Joint Base Charleston. The route also includes Pawleys Island, Isle of Palms, Charleston Harbor, Folly Beach and Edisto Island.

The event was founded by two men who wanted to honor the military. During an Independence Day holiday in 2008, friends Johnny Folsom and Toddy Smith were enjoying their time on the beach when they decided they wanted to do more than just take in the sun.

They decided to establish the nonprofit organization that runs Salute from the Shore flyovers to honor the soldiers who are defending the country.

“We figured the coast of South Carolina would be a great platform for an audience to gather and show gratitude to the military,” said Cam Smith, co-founder of Salute from the Shore. 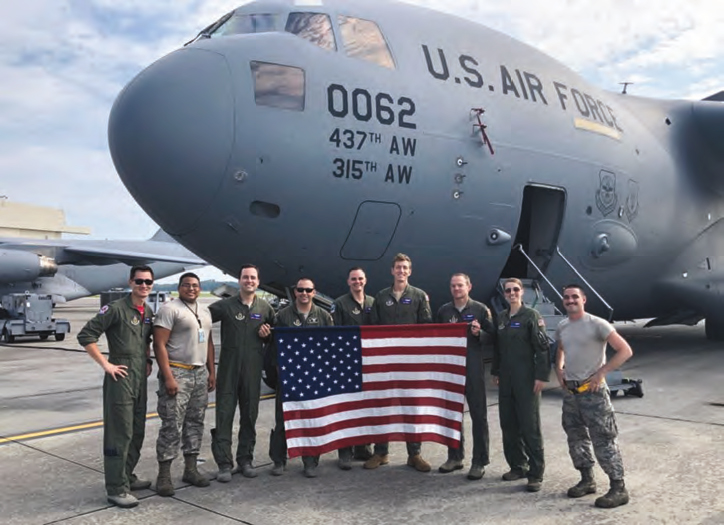 The first Salute from the Shore was witnessed by hundreds of thousands of people, according to its website. The flyover – assisted by a C-17 from Charleston AFB – resulted in an “overwhelming” outpouring of personal messages and stories, which led organizers to continue to grow the event.

Part of that growth has been community engagement. Salute from the Shore encourages audiences to get into the spirit of the celebration.

“Our vision is to unite participants in a synchronized salute to our troops that will be shared across the nation and around the world,” its website said.

On July 4, people are encouraged to get a huge flag (“Go Big!” the website urges) and head to the beach. There, make sure to record your salute and share it via social media. Tag your photos and videos with the hashtag #SalutefromtheShore.

Salute from the Shore also encourages the public to share their stories. If you have a personal reflection about a member of the armed forces or just want to share how you plan to be patriotic on Independence Day, visit the tribute page (salutefromtheshore.org/share-your-salute) and tell your story.

“We are stronger than we’ve ever been because the people of South Carolina take this seriously,” said co-founder Jill Armbruster. “It really means something to our state.” 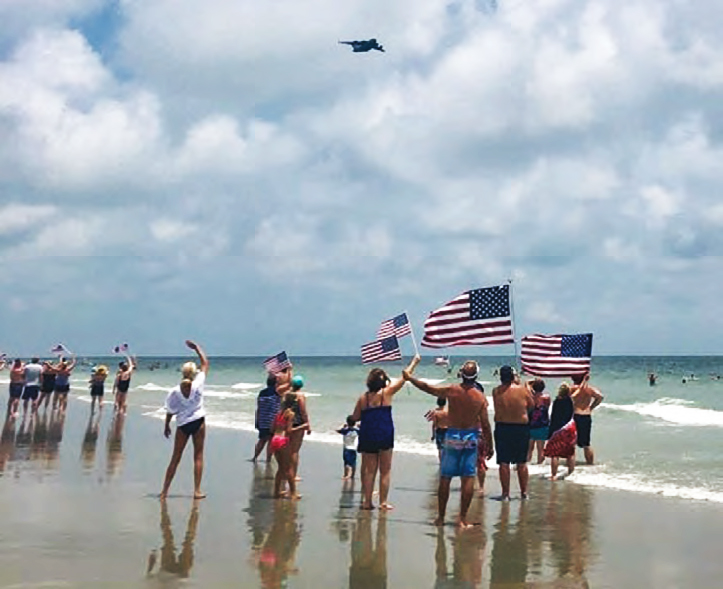 The annual Salute from the Shore flyover will be at the following locations at these approximate times: